Pecking and Revenge in Greenpoint, Part One 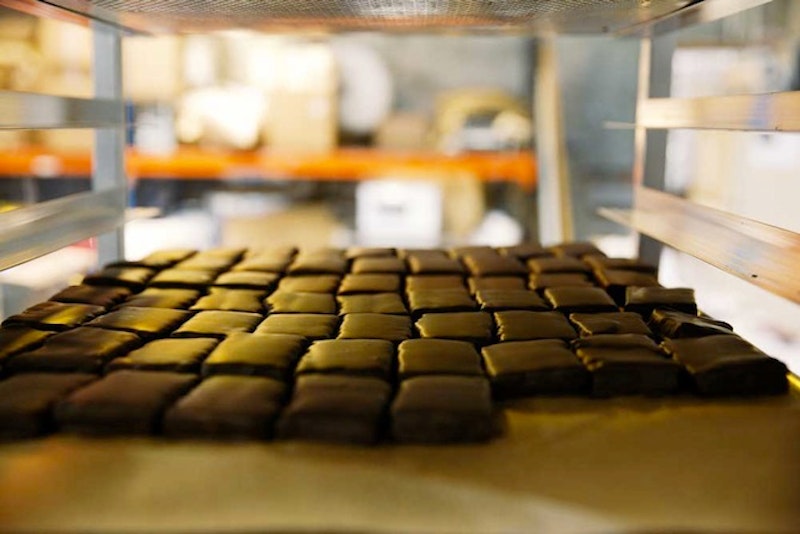 I like chocolate. Who doesn’t? I was eating some just the other day. A candy bar, a gift from Bishop Boston, sent all the way from Brooklyn, New York. The wrapping paper looked like a lost prop from Wild Wild West, all warm wooden colors and bad typography. The chocolate bar itself was covered in dust. Drywall? No—wood dust. I inquired as to its origins and the Bishop replied, “Bushwick. Quibbits Brothers Chocolate. They sent a whole box of the stuff. Also some legal forms. Releases? They want you to sign something. I think it’s for permission to the name. I’m not really sure though, Rooster, I’m basically blind at this point.” He took his coke-bottle glasses off and cleaned their lenses with his shirttail. “You don’t take advantage of me, do you, Rooster?” I told him no—his gold bullion is safe with me and Monica in the barn. “Alright, just checking. I’m gonna go to the slaughterhouse and see if there are any seats left.”

Sure enough the letter was something between a thank you, a welcome, a release, and a cease and desist. These jerks insist that the name “Quibbits” is now their intellectual property, despite offering no proof that any of them were given the name at birth. There’s a clause about percentages and cut, but I skip right to the terms: change my family name to “Quibbins” to avoid any serious legal action “that you can’t possibly afford, as a rooster.” Yes, that was actually in there. As a rooster. I booked the next flight to New York and stole someone’s Uber at the airport and then got out in Bushwick without paying. I carry no cash, nor plastic. I’ll send him a basket when I get around to it this year or something. Anyway, eventually I found the “smelting” plant after doing some intuitive pecking and asking a nice couple for directions from their iPhones. I told them my given name and they perked up and put their phones away. “Oh… Quibbits? The chocolate place? It’s in Greenpoint. Have you had their product? It’s really good. The Boston bar has so many different notes: honey, raisin, cinnamon, vinegar, sugar…” I tuned him out and left his ankle spur clawed and his date clearly spurned. I mean, who would go on dating a nob that would diss a Quibbits like that?

I found the factory and marched inside. It was in a massive warehouse, with a storefront across the street. I didn’t bother going in there, I didn’t want any chocolate or any shitty sales pitch on beards and bread and how dumpster diving is the new foraging. I walked past a couple of dudes in heavy duty construction gear on table saws and even more installing thick wood paneling as walls. I made my way through the facility unnoticed and found the “Quibbits” makeshift office. I opened the door slowly and heard a conversation mid-way through stop. I creaked the door open further and saw John Boehner sitting behind a chipped formica desk, eyes wide and all the color drained from his eyes. “Didn’t you get deported?” I ask. He immediately begged me, begged, “Please don’t tell them where I am. I don’t want anyone to know how I live now.”