You Know What Really Works? My Continental Blender

There are good things in this world, and here’s one. 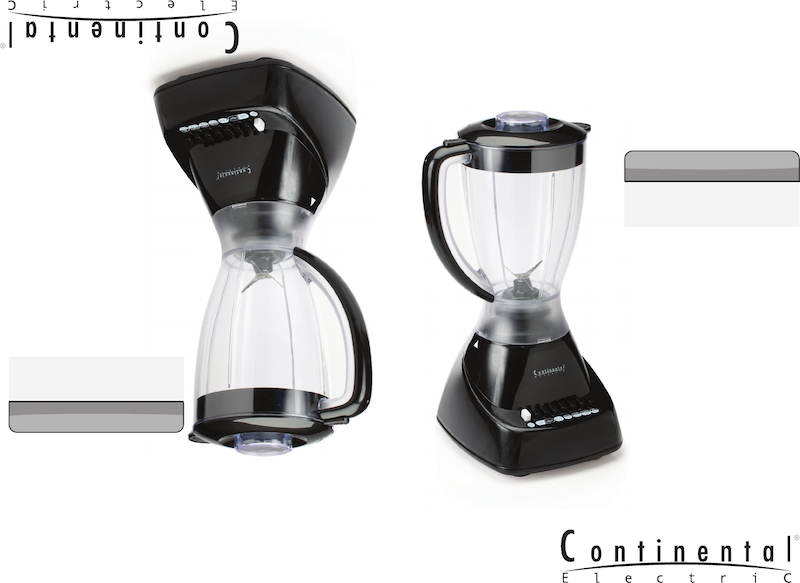 Handsome, effective and cheap. No, not a boyfriend-for-hire in Santo Domingo, my Continental blender. I bought it two years ago, a time that I remember nothing working at all. I had to sublet my place and nobody was biting, my yoga practice had sprung a leak (I skipped days and felt myself turning to jelly), and the vaporizer I’d bought for my health had mysteriously stopped heating. Even my skin had gone haywire—psoriasis.

I’d also had a series of blenders that didn’t work, or not in any way that did me good. One busted outright, but it was a cheapo. I decided to fix my life by upgrading, so I journeyed to a big-box store and bought a Black & Decker. This thing, I swear to God, had a screw-off bottom. To clean it you had to revolve the bottom, then disassemble the parts contained in the bottom—rubber disc, metal nub with the blades, another rubber disc or something—then put them back together in proper order and fit them and the bottom back onto the blender. Since I can’t use a blender without cleaning it each time, this meant my life had been kneecapped instead of upgraded.

Buying the cheapo blender involved having the owner of a jumble shop reproaching me on the sidewalk because I’d slighted him somehow. Owning the Black & Decker involved having the bottom pop off and a gout of blended spinach, whole wheat bread, protein powder and bananas slapping my face, shirtfront and kitchen floor. A potential sublettor was coming in 20 minutes.

It was a few months before I threw out that Black & Decker. If I spend $85 I don’t give up easy. But one day, in my new apartment, I reflected that enough was enough. I remembered that the big drugstore in my old neighborhood sold cheap appliances. I would try my luck there. I could’ve done that long ago, but the blenders at the touchy owner’s store had always been okay, up until the one that ruptured. I could’ve gone to the big drugstore after the rupture, but I didn’t know there’d be Continental blenders waiting. I didn’t know there was such a thing as a Continental blender.

Now I do and life feels that much better. Yes, my vaporizers still malfunction after not too long, and my yoga practice has shifted from springing a leak to leaving me with a funny walk and a lot of back pain. But my psoriasis made itself scarce and I have a blender that’s a dream: two years and zero problems. It reduces my bread, spinach and fruit in short order, and I clean it by pouring a pot of boiling water into it. The blender’s mouth flares wide for easy access, but the base plants it solidly on my counter. The company is family-owned and makes its products in Wisconsin. Finally, I paid just $38, including tax; you’ll probably pay less because I’m in Canada.

No, nobody asked me to write this. Somebody is doing a favor and it’s me. Next time you want a blender, buy Continental.