We Live on Love Street

Fancy hot dogs and the pleasure of shopping at an “older man’s” clothing store. 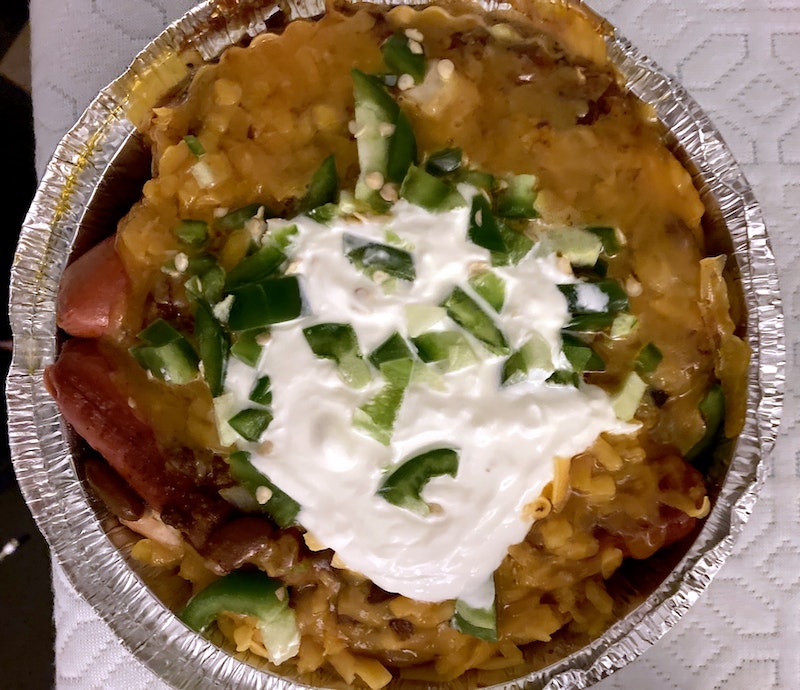 Last Sunday my wife, our son Nicky and I watched Reality Bites, a crummy film from 1994—Ben Stiller, as always, was awful, Ethan Hawke hadn’t yet learned how to act, and even the effervescent Winona Ryder couldn’t save it—which was further diminished by the soundtrack. I zoned out when a Peter Frampton song came on, and for some reason, silently harmonized with Jim Morrison on the Doors’ 1968 “Love Street," one of the few Doors songs I loved after their first two ground-breaking albums, The Doors and Strange Days, the first of which is nearly perfect. (The Guardian named “Love Street” the Doors’ 27th best song—talk about faint praise.) There’s a dwindling controversy about the short-lived band—the bombastic and pretentious Jim Morrison died in 1971—and I fall on the positive side, although at this point am tired of defending the group. It was too many years ago. (I’m one of the few, I think, who liked Oliver Stone’s movie about the band.)

“Love Street,” from their third, and so-so, record Waiting For The Sun, is an anomaly: it’s soft, with mainly just Ray Manzarek on piano accompanying Morrison’s vocal—maybe the Doors’ “Yesterday,” as I think about it, though far superior to that glimpse of the future Paul McCartney—and though Morrison’s lyrics are definitely Epistle to Dippy, that doesn’t bother me. “She has robes and she has monkeys/Lazy diamond studded flunkies/She has wisdom and knows what to do/She has me and she has you.” Initially I thought Morrison was singing about funky monkeys, which I preferred, but anyway, it’s a cool song and might find favor for those cretins (teasing!) who can’t stomach “The End” or “Break on Through.”

That scratch satisfied, my mind continued to wander as Reality Bites plodded along, and I recalled a recent conversation with my younger son Booker a couple of weeks ago. He lives in Manhattan, and I’m often curious about his dining options in that damaged city. I still don’t get the fascination with avocado toast—to me, the avocado’s simply an ingredient for guacamole—and the prices strike me as outrageous, but that’s a generational twist. But he knocked me for a loop—a funny one, Heavens to Murgatroyd, as Snagglepuss riposted, again and again, a century ago—upon saying he got hot dogs delivered to his apartment, two franks (pictured above; and is usual with photos on social media, the dish looks like… well, as a Christian man, I won’t get into coarse language, Praise the Lord!) smothered with cheese, ketchup (Booker’s one of the two percent who never has mustard on a dog), chili, sour cream and jalapenos.

He sent me the picture, and as we chatted, bitterly, about the MLB negotiations, I asked how he was going to eat that mess, with no bun in sight to anchor a very cumbersome dinner. Turned out he’d already consumed the dogs while I was on a tangent, so that question was moot. The price for his dinner was $15, which at first seemed high, but after he explained that street dogs in the city now fetch four bucks, it made more sense. I reminisced for the 28th time, a conservative guess, about how my mom and I would occasionally go to the Woolworth’s in downtown Huntington in the early-1960s and get franks slathered with mustard and a heaping pile of kraut. Mom tore into the dog, and couldn’t care less that mustard dripped on her blouse. Price tag, with small fountain Coke, was a quarter. I’d guess Booker and Nicky liked that story the first or second time they heard it, but by now—and they’re too polite to say so—it’s just part of a long-ago mosaic that loses luster each time it’s invoked. Maybe one day, that mosaic will get a spit & shine job in deference to the old fellow. I hope so.

As for old fellows, I spent a delightful 45 minutes kibbitzing with Eddie Jacobs (a spry, funny and ingratiating octogenarian) at his men’s clothing store in North Baltimore’s quiet Roland Park. We go back decades, when his shop was at Light and Baltimore Sts., and I had enough money to even think about opening the doors. I was getting a pair of corduroys fitted—I’ve had more than a dozen of these soft pants over the years; two my favorite tan numbers gave out in the past year, even after my wife patched them up—and picking up a Scott & Charters (Scotland) heavy wool cardigan, very jazzy with its olive and white stripes. It’s a “lucky” garment, as I wrote six years ago, since hardly a day goes by in winter without a “Yo, sweater: rocks” or “I love that design, and it looks so warm!” from a kind person—young, old, male, female, black, white, etc.—and though Eddie says that his clothes are targeted to a demographic that’s set in its ways, it’s a great store for those under 35 to pick up a tie, gloves or polo shirt for their father. “Old people clothes,” as Booker says.

It's not often, especially in the past two years, that I meet up with longtime friends, so when I see Eddie it’s a guaranteed long visit (I go early, before the store crowds up, to maximize face-time) and we yak about everything under the helicopter-skies here in Baltimore. He’s conservative, of the Ike/Reagan stripe, and was as repulsed by Donald Trump’s persona as me, although gave him high marks for rushing the Covid vaccines and not starting any wars. We agreed that today’s media is a prank instigated by a higher power, briefly indulged in nostalgia for the less-frivolous world of print newspapers and then tore into Baltimore City’s often-corrupt government. Is there any question that the late William Donald Schaefer is, by miles, the best mayor Baltimore’s elected in since 1971? Eddie liked the guy and told me a few off-the-record stories about the man’s juice; I didn’t care for Schaefer personally—he was prickly in interviews, making it plain that he didn’t care for me either—but the guy brought business and people to a city devastated by the 1968 riots, and if he had a lust for power (Irv Kovens helped on that score) he never, to my knowledge lined his pockets with even a dime. He’d get dotty with his publicity gimmicks, but not in a Joe Biden way; he knew what he was doing.