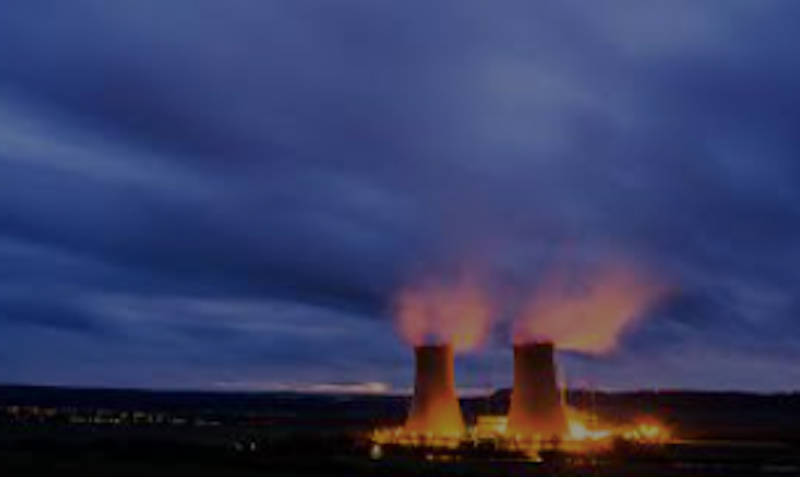 West Virginia is doing away with a state-imposed ban on nuclear power plants. This, after Republican Gov. Jim Justice signed a bill eliminating the ban. The Associated Press [End to Nuclear Plant Ban Signed by West Virginia Governor | Political News | US News] says Justice doesn’t want legislators to act too quickly and move away from coal. Instead, Justice wants legislators and state officials to research and monitor nuclear initiatives to make sure that regulatory and safety measures are in place. West Virginia is moving in the right direction.

Environmentalists have, for years, sounded the alarm over what they call man-made climate change. They point to coal. “Climate change is coal’s most serious, long-term, global impact,” said the Union of Concerned Scientists in a 2019 report [Coal Power Impacts | Union of Concerned Scientists (ucsusa.org)]. “Chemically, coal is mostly carbon, which, when burned, reacts with oxygen in the air to produce carbon dioxide, a heat-trapping gas, and when released into the atmosphere, carbon dioxide works like a blanket, warming the earth above normal limits.”It is for these and other reasons that many people and politicians have frowned on coal even though it’s a major source of jobs and electricity in West Virginia.

Natural gas involves far fewer emissions while also being cheap and efficient. Therefore, people have pushed natural gas as the energy of choice for the 21stcentury. Still, a nuclear reaction produces nocarbon dioxide or other greenhouse gases, so if people and politicians in West Virginia are concerned about emissions, nuclear energy is the way to go.

Wind turbines and solar panels are another choice for electricity generation. However, renewable energy resources—primarily hydroelectric power and wind energy—was responsible for just six percent of West Virginia’s electricity in 2020, the most recent year available on the website for the Energy Information Administration (EIA) [West Virginia - State Energy Profile Overview - U.S. Energy Information Administration (EIA)]. West Virginia is not a small state, but wind turbines and solar panels don’t pop up just anywhere. Even if hundreds of turbines and panels were installed in the coming years, they will not be able to power as many homes and buildings as easily and efficiently as one nuclear power plant, which could provide enough electricity to power approximately 900,000 homes. A single wind turbine supposedly generates enough electricity for a few hundred homes, but the question of “What happens when the wind doesn’t blow?” still applies.

Everything comes with a negative, including developing and using wind and solar energy. The minerals and metals for turbines and solar panels must come from somewhere (mining).Concerns remain about wind turbine syndrome and the negative health impacts it may have on people in the vicinity of turbines. As for solar panels, the Occupational Safety and Health Administration (OSHA) says [Green Job Hazards - Solar Energy: Electrical | Occupational Safety and Health Administration (osha.gov)] workers in the solar energy industry are potentially exposed to a variety of serious hazards, such as arc flashes (which include arc flash burn and blast hazards), electric shock, falls, and thermal burn hazards that can cause injury and death.

Is anyone saying the Biden administration should avoid pushing wind turbines and solar panels because of the negatives that may occur? Of course not. So why should people fear nuclear energy in one of the most regulated and environmentally-conscious nations in the world? Nuclear energy already provides a sizable chunk of the nation’s electricity. In fact, nuclear energy was the source of about 20 percent of the U.S. electricity generation in 2020. EIA.gov says renewables also provided 20 percent, but EIA combined hydropower, wind energy, biomass, solar energy, and geothermal power plants to come up with that number. Most of that was from wind energy (8.4 percent) and solar (2.3 percent).

If West Virginia is serious about nuclear energy, and the Justice administration seems to be, West Virginia could easily reach out to utilities and states to (a) see what it takes to build plants, (b) find out how things are done, and (c) learn why nuclear is better than all of today’s alternative energies.