Vegan for a Day 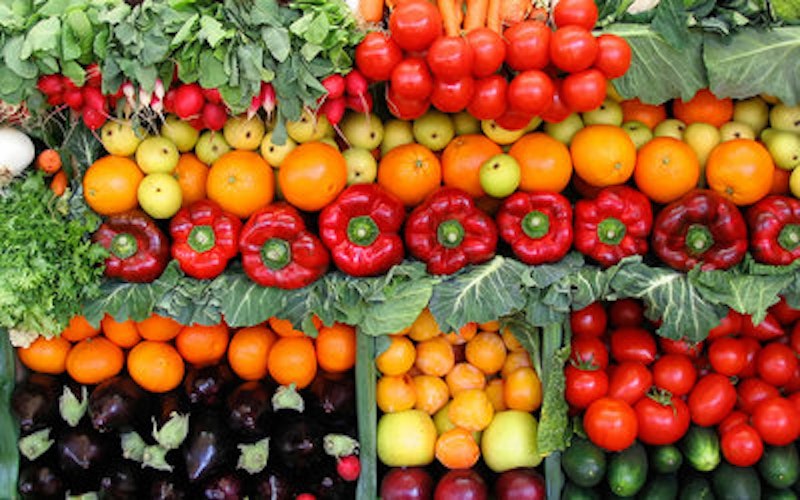 A Facebook friend issued a simple challenge just before Earth Day: "go vegan for the day." It wasn't some video-selfie gimmick that celebrities were doing; it was just a genuine request from someone who's passionate about the environment and animals.

As an enthusiastic carnivore, snorting was the natural reaction. But recent digestive issues made me give pause. My oldest daughter was a vegetarian from age 12, went through a vegan stage for a few years, and has now settled comfortably into a pescatarian (fish-only) lifestyle.

I love cheeseburgers. And steak. And ribs. And chicken. But one day of abstention wouldn't kill me. I decided to try being vegan for a day. Luckily I already drink black coffee with maybe one raw sugar packet, so no cream. Breakfast with a friend was planned at a favorite spot, 49 West in Annapolis. The lox bagel is a staple, but instead I ordered the fruit and yogurt plate, realizing oops, yogurt, and settling on fresh fruit and granola: delicious. Wouldn’t want to do it every day, but maybe fruit/granola once in awhile would be okay.

Met my daughter to celebrate her birthday and ended up at P.F. Chang's in Baltimore's Inner Harbor simply because of its proximity to Marshall's, our traditional shopping stop. Pork dumplings, shrimp lo mein and teriyaki chicken taunted, but I ordered vegetarian fried rice. Having never seen her mother order a meat-free meal, she inquired what was wrong and I told her about the day-long challenge. Reminiscent of the days when she'd force me to sit down and watch Food Inc. and Supersize Me and other anti-meat propaganda, she began extolling the virtues of a red meat-free diet. I'd gotten Michael Pollan to sign a copy of Eating Animals for her 16th birthday, so I knew the drill. I say bacon, you say tofu.

She said, "Your body temperature is 98 degrees. Your intestines are like 10 feet long and it takes three days to digest red meat. Think about what would happen if you left red meat on the counter for three days—that's happening inside your body."

My body is actually 102 with hot flashes. Then she went on to talk about carcinogens in high fructose corn syrup and I started to zone out, brain dominated by images of the wormy steak in Poltergeist crawling across the counter. I sipped hot tea from its adorable cast iron pot. We shopped.

In a rush to get home for her brother’s baseball game, I remembered there were four tickets to the Methodist Church chicken dinner in my purse. It was to be dinner after the game, so I picked up the take-out bags. I served the meal to my family, slightly annoyed that the traditional baked potato had been replaced by a kids-lunchbox container of applesauce when the meals were still $7 apiece—albeit still a deal since half a chicken comes in each. Luckily the salad with homemade French dressing made the cut. The Methodists know how to barbecue some chicken, spending all day filling the small town with smoky, delicious smells. Some fruit and granola and veggie rice were all I’d eaten all day and now here was the most delicious church chicken this side of a Chik-Fil-A (hate the politics, love the club sandwich).

Taking out the salad, dressing and roll from the brown bag meal (I hate applesauce), I joined the family at the table. I wondered if anyone would notice I wasn't eating the chicken. They didn't. I thought about how easy it would be to lose "that 20 pounds" if I stopped eating meat, though my daughter had said vegans usually eat more carbs so it evens out.

My day of vegan eating had been surprisingly easy.

The next morning, I made banana pancakes and bacon. Then I had a BLT with avocado for lunch, and ribs for dinner. Sometime along the day I saw a video in which an adorable child discovers for the first time that he's been eating animals that he said "should stay standing up." The kid makes even a die-hard carnivore feel guilty.

It’d be impossible for this pork-lover to become a vegan or even a vegetarian. But one day a week? Doable. Someone once told me that there aren’t enough animals on the planet to meet its demand, so it’s only a matter of time before we couldn’t get meat anyway. May as well enjoy a steak once in awhile while we can still get it.