One of the hardest parts of being a trans woman is finding a good pair of shoes. 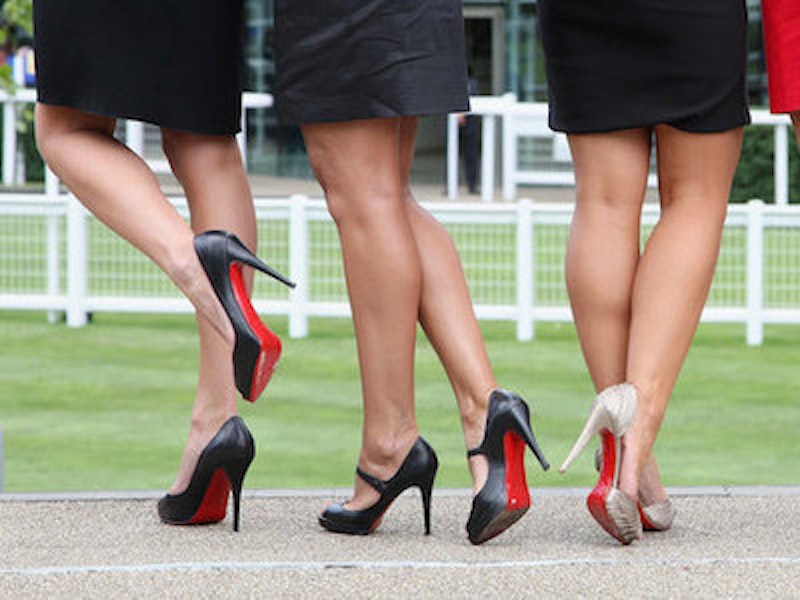 Caitlyn Jenner made a spectacle of herself again earlier this month when she joked, “The hardest part about being a woman is figuring out what to wear.” People were understandably angry; jest or not, both cis and trans women face more pressing issues than the constant struggle for good fashion.

It also wasn’t a particularly good joke, because it wasn’t specific enough. If you ask me, one of the hardest parts of being a trans woman is finding a good pair of shoes.

Before I started transitioning, I got comments on how big my feet were. I wear a size 11 shoe, which for your average cis girl is like walking around with comically oversized clown boots. After coming out, I quickly realized that my sparse collection of worn-out men’s footwear was woefully inadequate for my new life, and I’d need to make a few new investments.

Now, shopping in any given clothing section is a daunting enough task for your average trans. The sizing’s all weird and nothing makes sense for months; where are the pant size measurements? Why isn’t an American Eagle small the same as an Old Navy small? Trans women need to get used to buying plus sizes; trans men need to start thinking of themselves as petite. But at the very least, if you’re petrified at the mere thought of engaging with “opposite gender” clothing, you can pass it off like you’re shopping for a friend or partner.

That shit doesn’t fly when you’re shoe shopping. Sure, you can play it by ear and just buy something you think is in your size to try on when you get home, but that’s a waste of time, and I have television to catch up on. So at some point, you have to slip on some shoes that most people don’t expect you to be buying for personal use.

In my case, I took a trip to my nearest Payless, because no matter how much I change during my transition I’ll always be a skinflint. There was one small blessing I could derive from my oversized feet: at a men’s 11, there are only so many women’s sizes above that to choose from. My trial and error period, I thought, would be mercifully short. And there was a sale!

Turns out my naïveté had struck again. Women’s shoe sizes apparently vary even more than the general apparel, and I found I could slip into anything between a 12 and 13 depending on the brand. But that obviously remained dependent on the store’s selection of such niche products. And let’s be frank: these days, I don’t blow $30 on anything that’s not cute, booze, or both. (Bottles of merlot with cats on the label can be sent to Sam Riedel c/o Splice Today.} So the section of my transy Venn diagram that included “comfortable size,” “reasonable price,” and “stone cold stunner” was, to nobody’s surprise but my own, a tiny little pinprick in the middle.

Still, I left that day with a pair of strappy faux-leather wedges and some bright green sneakers that contoured to my foot, both barely in the realm of regular manufacturing at size 13. The whole ordeal took roughly 45 minutes.

Since then, I’ve gotten a little more comfortable with shoe shopping, but it still freaks me out a little. Partly due to the cost and general anxiety about not “passing,” but mainly, I’m just annoyed that there aren’t more options for trans women who want something a little more feminine than our standard-issue Doc Martens. (It’s part of the uniform.) Last time I went to JC Penney, they turned me out of the entire boot section because they had nothing above a 10. As the sort of person who gripes over lost time, this was infuriating.

Don’t waste my afternoons, corporate America. I know you don’t think we really exist, but trans women have money to spend. Caitlyn sure as hell does. And we’d like something to put a little pep in our step—preferably a midnight-blue pair of ankle boots with some studs, if you can manage it. I need something that can stand up to punk teenagers’ kneecaps at my next metal show.