Ditch shopping and go outside instead. 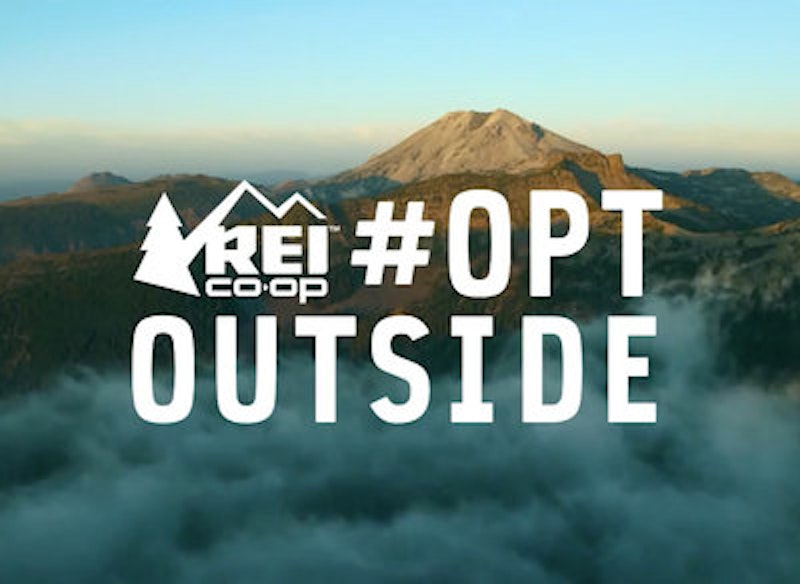 I was pleased to see that gear and sporting giant REI, one of my favorite stores, will be closing its doors on Black Friday this year and encouraging employees and customers to head to the great outdoors. It’s saying “no” to opending the day inside the frenzied consumerism of shopping malls.

REI’s 143 stores will be closing, yet all of its employees will be paid. The company is also asking customers and employees to share what they’re doing outside on Black Friday with the hashtag #OptOutside on social media.

I think it’s cool that the 76-year-old co-op is putting its money where its mouth is. REI was built with its employees and customers in mind, operating as a co-op with roughly 5.5 million members who pay a one-time fee for a share of the business and receive an annual dividend. Members contribute to approximately 80 percent of REI’s sales.

REI is taking a risk but they’re more concerned with delivering the message to do just the opposite of what the day demands. With many businesses dragging employees into stores even on Thanksgiving Day, it’s refreshing to see a company step back from short-term sales to win customers and employees over with creative thinking. U.S. retail is swarmed with companies that demand a lot of their employees at lower than average pay. The wages of most two-earner households—with both workers in retail sales—are below the median family income. These people often find it hard to schedule their personal lives, subjected to the whims of the "labor scheduler," the roster that says who works when and for how long.

Will other businesses be as compassionate? I doubt it. It’s unprecedented. REI President and CEO Jerry Stritzke says, "Any retailer that hears this will be startled by the idea but as a co-op… we define success a little differently. It’s much broader than just money. How effectively do we get people outside?”

For Brian Harrower, store manager at the REI in Bloomington, MN, this year marks the first time in his 25-year retail career that he'll have Black Friday off. He rushed to make plans to organize an ice hockey tournament. "Somebody has to be the one to kind of put their flag in the sand and say enough is enough," he says.