Rockfish is the New Turkey

I hate reading about animal torture and try to avoid it. 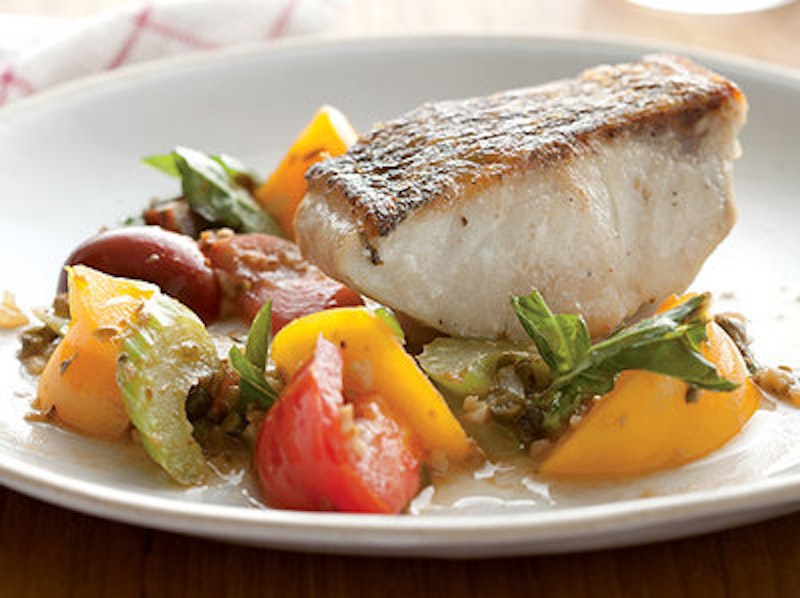 If you live on the Eastern Shore of Maryland, you’ve driven past a chicken house. A large warehouse packed with hundreds of broiler chickens unable to move, with only a square foot of space per bird. The focus is on treating animals like machines in a factory, far removed from the idyllic family farms of old.

Sometimes in the warmer months, a part of the building is open and screened and you can smell it. It’s a horrible stench that accompanies a horrible practice. I snuck up and peeked inside one afternoon. It was sad. It’s impossible in such an atmosphere to maintain health and cleanliness. The chickens’ excretions pile up, and the resulting ammonia fumes become so strong that they burn the birds’ eyes. Reports from observers say birds with “ammonia burn” rub their eyes with their wings and emit cries of pain. Other health problems include the spread of Salmonella bacteria, which can remain on the slaughtered birds after death and cause threats to human health. Environmental advocates say manure from hundreds of chicken farms seeps undiluted into the Chesapeake Bay, one of the nation’s most vulnerable waterways. Chicken manure contains nitrogen and phosphorus, two major polluters of the Bay and its environs.

Turkeys are no different. They’re packed into buildings and fed antibiotics in an attempt to control disease. Never exposed to sunlight, they are fed Vitamin D. They’re given growth hormones, and mature twice as fast as their wild counterparts. Turkeys are fattened and usually their breast area is so large that they often can no longer stand upright. The growth of abnormally heavy bodies causes crippling and painful skeletal deformities, and the overburdening of the birds’ cardiopulmonary systems often causes congestive heart failure before they’re six weeks old. I’ve often wondered how the birds drink water in these houses and have discovered that some don’t. They die of thirst because they’re physically unable to reach the water nozzles in their sheds. Turkeys living in these stressful conditions will peck and fight with each other, which has led chicken producers to the “solution” of de-beaking chicks shortly after they hatch in order to minimize damage. This de-beaking process, like much else in factory farming, is run assembly-line fashion, without anesthesia. The chicks are placed beak-first into an apparatus that quickly cuts the tips off the beaks with a hot blade. In the words of Suzanne McMillan, a poultry expert for the ASPCA, commercial turkeys are “bred to suffer.”

I hate reading about animal torture and try to avoid it. This year, though, I’m facing up and backing up my beliefs with action. My family gave up the turkey holiday tradition. We didn’t supersize our dinner at Thanksgiving and we won’t do it at Christmas. Instead of turkey, we ate locally caught rockfish. I’m proud of our new tradition. Maybe next year we’ll add another one, a rescue mission on one of the turkey houses.