How long before the Kale Zombies take over? 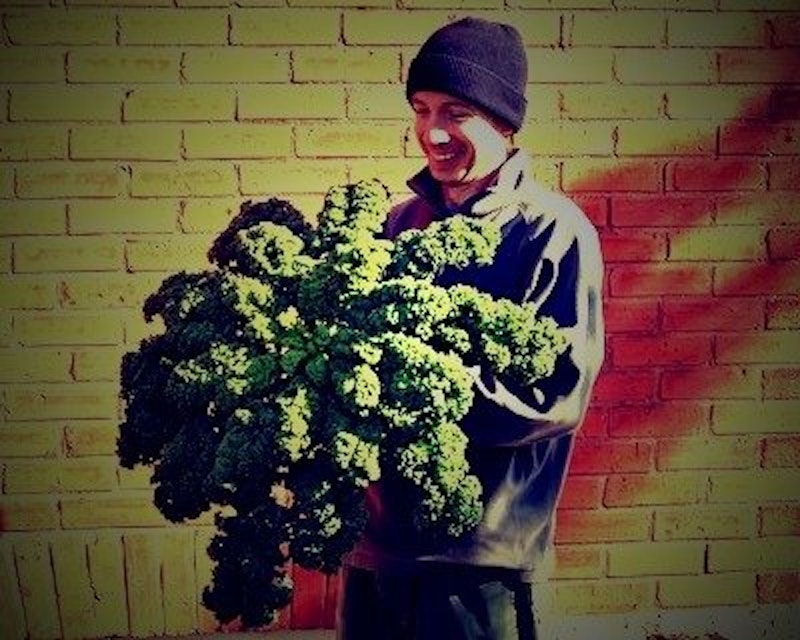 The Kale Zombies are growing in number. Their population has expanded exponentially since I first started working at the juice bar two years ago. I used to only encounter two or three a day. Now it’s in the hundreds. It’s my duty to neutralize as many as possible.

I used to mistake them for Granola-Heads, what with their drug-rugs and Birkenstocks. They were cute, always talking about Greenpeace and their most recent Phish concert. They asked for kale, so I gave it to them. Bad move. Now they’re armed: they carry yoga mats, mason jars, and an inflated sense of self-importance. It’s a struggle just to stay alive in this business.

My co-worker, Jeremy, opens our doors for battle. A customer walks in right away. She scans our menu.

“Oh.” I know what she means. I feel bad about correcting her. First rule of customer service: don’t correct the customer. “I believe it’s pronounced ah-sai-ee. And no, I’m sorry, we don’t carry it.”

“Well you should, it’s packed with antioxidants.”

I don’t like her, so I play dumb. “Antioxidants? I think I’ve heard of those… what are they?”

“But what exactly are they?”

She pauses. “They’re like antibodies. Microbes, you know? Help keep everything in line. Very good. Crucial, even.” My faith in humanity wanes. The woman orders a large strawberry-banana smoothie (extra honey).

“That doesn’t have gluten in it, does it?” She asks.

“There’s a rumor going around that it was developed by the Soviets,” I say.

“I believe it. It’s certainly communist to the human body.”

She watches closely as I assemble her smoothie, presumably to ensure that I don’t add any gluten or trans fats.

“Do you guys have kinnoah?” She asks.

“It’s pronounced keen-wah,” says a Kale Zombie that pops up out of nowhere. Must have come through the floorboards. Classic KZ move.

He looks like an Under Armour model. His biceps tell me he only eats glucose post-workout. “Fix me up a ‘Green Grenade,’ bud,” he says. “Extra kale.”

His head explodes. Brain matter flies everywhere. An ear lands on my shoulder. His headless body is still standing upright, blood shooting like a geyser from his neck hole. The kinnoah lady screams and runs out of the store. She forgets her smoothie. Oh well. Better start mopping.

Jeremy and I often fantasize about murder-suicide. About how many green juices we could spike with arsenic before the cops show up and we have to eat the poisonberry ourselves. Today I’m feeling gracious. I only want to mercy kill Jeremy and myself. I consider grabbing our shotgun from the utility closet and spraying his guts over the protein powder display. I would then off myself Kurt Cobain style.

A man in running shorts enters the juice bar. I put my guard up.

“Fine, fine. I just need to consult your menu a bit.”

He pats his stomach. “My doctor says I could stand to lose some more weight, but I can’t seem to drop those last few pounds.” I notice a small cross on his necklace. “The lord works in mysterious ways,” I say. I work for the tips. He nods. “You’ve got that right, young man. Now listen: someone told me that grapefruit juice burns fat. That it has negative calories. That’s true, right?”

Bursting this bubble would be like telling a kid Santa Claus is fake. No one tips a bubble-burster. I avoid the question. “Grapefruit juice is loaded with vitamin C.”

“Great. Give me a large.” I make the drink and then ring him up for it. No tip. God is always watching, cheapskate.

James Franco walks in five minutes later. He’s carrying a volume of Proust and has a highlighter tucked behind his ear. We used to offer a smoothie called the “Pineapple Express,” but he made us remove it from the menu because it “didn’t match the artistic triumph that [he] and David [Gordon Green] brought to the cinema.” He later commented: “The smoothie didn’t speak to me. It wasn’t inspired. This juice bar needs my help.” He’s been a regular ever since.

“Hey, Booker,” James Franco says. He looks at our menu and shakes his head. “Have you guys ever thought about changing this up a bit? Reworking it a little?” He scratches his chin. “I could help, if you wanted. I did just get my bachelor’s in mixology.”

Try to acknowledge him as little as possible. Otherwise he’ll never leave you alone. He continues: “You could add kombucha to the menu, maybe. I’ve actually been brewing this beet-ginger kombucha at my house…” He does that classic James Franco smile/laugh combination that’s supposed to tell everybody he’s modest and self-aware, like he’s just a down-to-earth guy with lofty ambitions. I avoid eye contact.

“It’s pretty good, actually,” he says. “Seth seems to like it. I’ll bring some by later. Did you guys know—“

I interrupt him. “What do you want?”

“The smaller one, I guess. But hey, those are made out of recycled material, right?” I roll my eyes. “Yes, James.”

“Okay, good, because I have this initiative—“ His face lights up. “Oh! Could you add some kale to my drink?”

Just what I want to hear. I look to Jeremy for the green light. He nods. I pull a .22 revolver from my pocket and shoot James Franco three times through the chest. You’re welcome, America.

A customer walks in before we have time to move the body. She glances at the corpse and mutters “Finally.”

“Hi,” she says. “I’d like to do a three-day juice cleanse. Flush out my toxins, you know?”

I look at Jeremy. He gets the mop ready.