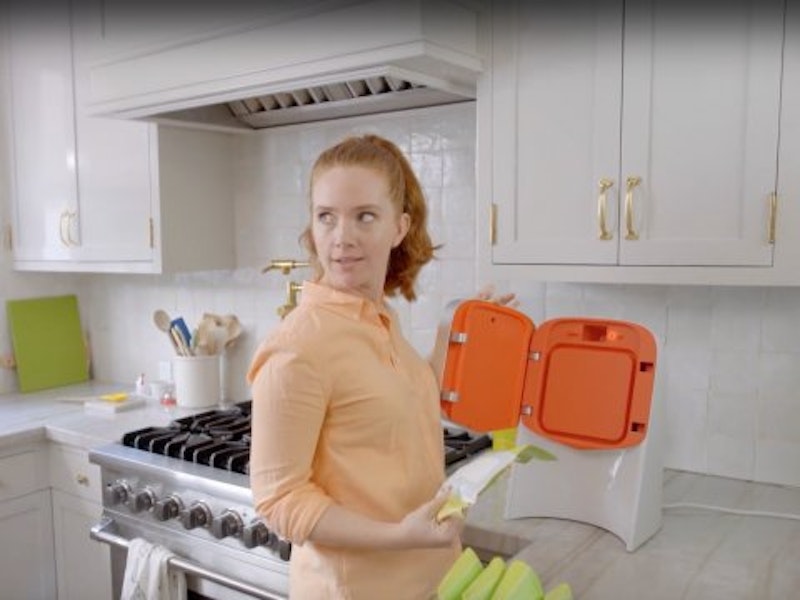 When is the Silicon Valley bubble going to burst? I can’t wait: it’s getting old and annoying. Juicero is the latest example of utter stupidity and hubris going down in flames for the whole world to see. Good for The Wall Street Journal reporters who figured out you can just squeeze the proprietary packages and get that sweet, sweet juice without using the $400 Juicero machine at all. This is what happens when you micro dose LSD and snort Adderall every day for years, live in an impenetrable bubble of wealth and wide-eyed “innovators” always trying to one-up their peers, become the next Steve Jobs, and sell snake oil to people who aren’t paying very close attention to anything but their smartphones. As his company went down in flames, Juicero chief executive Jeff Dunn said: “The value of Juicero is more than a glass of cold-pressed juice. Much more.” He sounds like an apostate about to be executed, and why not? The concentration of wealth and power in Silicon Valley is far more absurd than the monocle and bowtie-wearing piggies of Wall Street. At least they have the dignity to conduct their business in the most drab and dreadful part of Manhattan. No one’s going to the Financial District for a look-book style photoshoot.

Juicero is getting a good shellacking by just about everyone, but until the general public gets screwed over big time by Silicon Valley, Uber is going to remain non-unionized, Apple will fumble in the dark looking for something St. Steve would’ve deemed worthy for release, and companies like Theranos and Juicero will continue to build castles in the sand and cry like children when they’re all washed up. Christine Emba writes of Juicero’s statement: “It’s the sort of self-congratulation that allows well-funded tech companies to signal that they care, distract from real problem-solving and absolve themselves of responsibility while doing nothing at all.” These days, Silicon Valley is where people go to shoot for the stars and land on the sun.

Beware and pray the bubble bursts before there are any flying cars in the sky. Larry Page with the quote of the day: “We’ve all had dreams of flying effortlessly. I’m excited that one day very soon I’ll be able to climb onto my Kitty Hawk Flyer for a quick and easy personal flight.” Speak for yourself. “Flying effortlessly”? Flying cars and legal intoxicants can never co-exist. Cities will be pockmarked with craters, razed houses, and blankets of ash. Only autopilot? Maybe—if you can’t hack them. Reality check from a mechanical engineer: “Don’t forget that flying cars will not be able to pull to the side of the road in an emergency… Silicon Valley is full of very smart people, but they don’t always get the laws of physics.” The Kitty Hawk Flyer will never get off the ground because someone is going to die. Is that what it’s going to take to snap Bay Area Barons out of lysergic bliss? People have already been poisoned by Soylent, but nobody knocked off. How long will it take? The exploding phones came close. The inventor of the Segway segued over a cliff and onto his eternal reward a few years ago. But Juicero and Theranos are still obscure failures to the general public. Who can stop the dream machine?