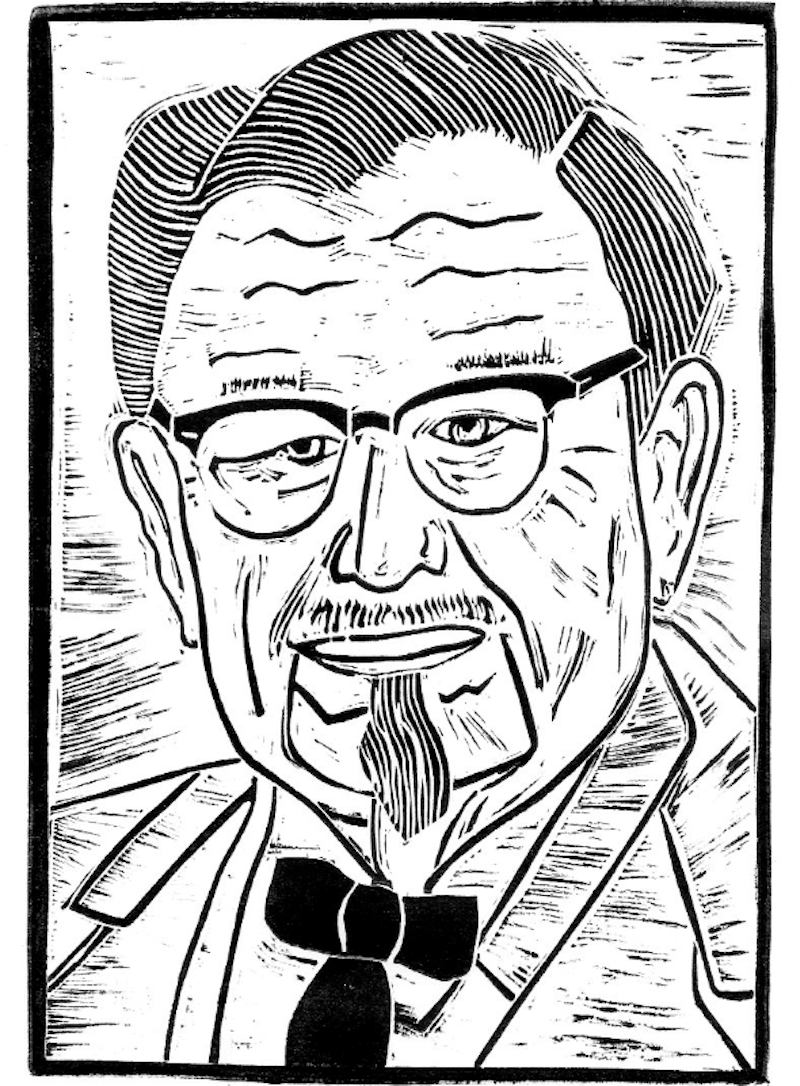 Though his karma is stained with the blood of generations of innocent poultry, Colonel Harland Sanders is an American legend. He may look like a beady-eyed, mint-julep-swilling racist, but his story is quite inspirational. He had a small service station in Corbin, Kentucky when he began cooking for hungry travelers who stopped in for gas. When he was 62, a new interstate highway snatched away his restaurant traffic. With nothing but a $105-a-month Social Security check and a secret recipe for fried chicken, Sanders sought to reinvent himself.

Less than 10 years later, he had more than 600 Kentucky Fried Chicken franchises across the country. His fame grew quickly as he appeared on TV shows and his "finger lickin' good" commercials. He soon took on the aura of the sweet old slave-holding grandpa you never had. One of my childhood highlights was meeting my football hero, Los Angeles Rams quarterback Roman Gabriel, in a KFC. He autographed the side of our family chicken bucket, the signature a mix of blue ink and sloppy chicken grease. KFC was one of my four basic food groups through my teen years into college. Only when I stopped smoking pot did the Colonel's chicken lose its luster. Colonel Sanders died at the age of 90 after a prolonged illness. By the end of his life, KFC outlets were located in more than 100 countries. Not bad for a man who started at retirement age.