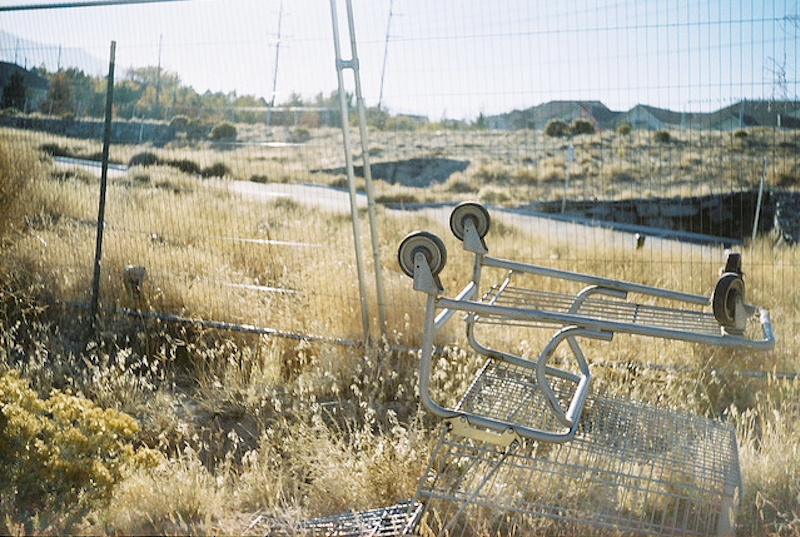 Like lizards and armadillos, tumbleweeds are a classic part of Western U.S. iconography, the desiccated husks of bushes blown willy-nilly under the influences of stiff breezes. In the almost nine months since my family moved here, I’ve seen only—almost disappointingly—two tumbleweeds. Yet I’m well acquainted with those stiff breezes: disconcertingly intense, cooling in seasonal heat, insufferable when temperatures take a dive to bone-chilling New England lows. I’ve seen wind chimes torn asunder; I’ve pursued errant, dropped papers down driveways and across parking lots. That’s life as Texans live it, even though I haven’t really come to think of myself as a Texan yet.

Something else: when Texans litter, it’s different. Now, I’m not saying that Texans throw fast-food containers and receipts and condoms and grocery bags out of their cars more often than residents of other states, but when people throw that stuff away here—and probably even when they throw that stuff away in the proper out-of-doors receptacles—trash ends up blown into my back yard.

Newspaper sections. Torn up pieces of indecipherable handwritten notes. Candy wrappers. Plastic soft drink bottles. Cigarette packaging. If something can be rudely whiplashed from someone’s hands on an especially breezy fall afternoon, I’ve probably had to wrest it away from my inquisitive German shepherd at least twice.

Obviously, this is distressing in the way that all circumstances beyond one’s control are distressing, but the fact that the winds here are so cruel and brusque and invasive may mean that I can no longer profitably assail unseen anonymous litter-dispensing boogeymen as the go-to despoilers of our sometimes green and pleasant land. When several pieces of trash blow into my backyard, I can grab them and throw them away, and I’ve got a clean yard, at least for an hour or two. But what about the wide-open, as-yet-undeveloped fields scattered here and there in the greater Austin metropolitan area? You should see those; they are swathed in unwanted mass-produced refuse, like the suburban Maryland forests I roamed as a youth.

The difference is that here, queerly enough, nature plays a significant role in despoiling itself. Maybe there’s a lesson we should be learning.