Verizon makes it really easy to break up with AT&T. 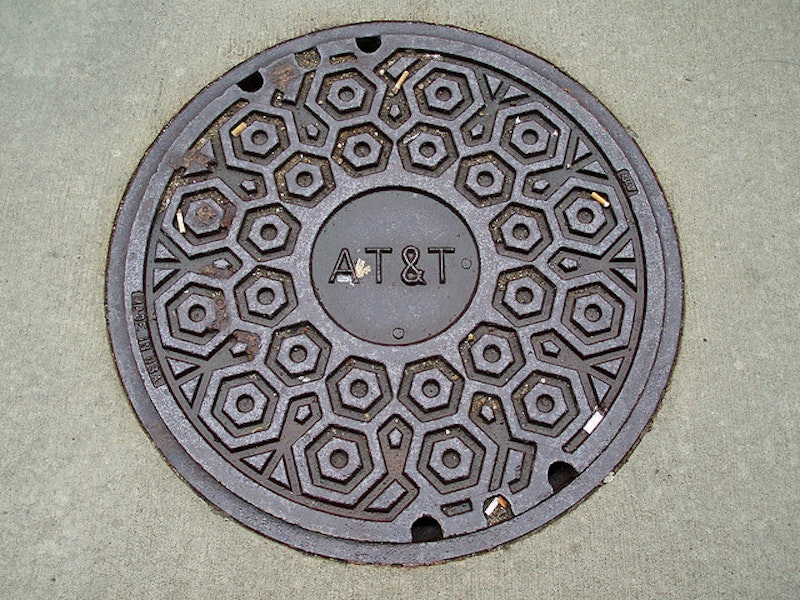 Yesterday I ended a rocky long-term relationship with AT&T. I’d been dating the blue and white globe for over four years—ever since the original iPhone was born back in 2007.  Knowing me, I just had to have that hot little piece of technology—such an innovative, history-making object. I remember the ridiculous fervor surrounding the thing when it was first announced. And like the (couture) geek I am, I watched Steve Jobs’ magical keynote so many times that each time I saw it I was more excited than the last. I ordered the phone online the day it came out, and I still remember what it was like to light up the iPhone for the first time.

But basically I only started going out with AT&T because he was an OK guy with a special secret that nobody else had. Kind of like having a secret fuck buddy you don’t really like. But damn it they know how to really get it, so you just roll with it. At first AT&T and me were totally hot and heavy. I’d smile every time I swiped to answer the phone. But over time the affection just kind of died out, and I stopped caring about his secret. I was so over it.

I was over the dropped calls. I was over never having reception in Soho. And why did I have to press my whole face against my kitchen window to get even one bar? Are other iPhoners doing this? I wasn’t just over AT&T—I was over the iPhone, too.

The truth is, I’ve been cheating on the blue and white globe for a few weeks now with a certain sexier, bolder, more “toppy” kind of provider. Back in January I heard about a new device coming from Verizon Wireless called the Thunderbolt by HTC, the first “true” 4G phone in America. Lightening struck yesterday, and I of course was there to pick one up. Ironically, or maybe not, my iPhone basically died a week ago—I couldn’t take or place any calls on it. Oh well, Good Riddance!

Right now, the TBolt fascinates me as much the iPhone did. It is currently the only phone in America that’s capable of Long-Term Evolution (LTE), a new lightning fast network that allows for mobile data speeds that are faster even than your home Wi-Fi connection.

The screen is huge, it’s super sleek, records HD video, and you can customize every aspect of the user interface. Anything you want to do to it, you can do. I hate that big ass HTC clock, so I deleted it and got a new one. Wasn’t that into the stock virtual keyboard, so I downloaded one that I really love. If the iPhone was about apps, the Thunderbolt is about usability. The more research I did on TBolt and the Android platform, plus Verizon’s service reputation, the more I realized that you can only do what Apple wants you to do with the iPhone.

Breaking up with AT&T was such a tricky thing. Because first of all, when the Verizon iPhone came out, AT&T was so worried about losing iPhone exclusivity that they started begging us to stay. DON’T LEAVE ME BECAUSE I GOT FAT! But at that point, it’s like they’re begging you to stay, but you’ve already got a pimped out new condo they don’t know about yet. One day I got this random text from the mother ship that’s like,  “You’re such a great customer, we love you, blah, blah, so we’re giving you 1000 free minutes!” Oh, that’s kind of legit. Except, why didn’t you think of that when I was in L.A. for three weeks and only had reception 20 percent of the time? Hmm?

Then a few days after that came another pleading text message promising me more tethering. See, I used my iPhone as an Internet connection so my commute would be more exciting. The text message promised me an extra 2GB of tethering from now on—for free! No extra charges. But AT&T, why didn’t you up my tethering wattage before you figured out that sexy Big Red was coming after your boyfriend?

And just Wednesday, I got a flyer from AT&T in the mail swearing up-and-down that they’re improving the network in New York City. I’m sure somebody will be interested in that.

When you sign a wireless contract, you’re essentially getting married—with a serious pre-nup. If we break up, I’m taking half your shit. I called AT&T to find out how much my early termination divorce fee would be, and instead of giving me a straight answer, the teller was like, “Oh, do you need anything? What can we do for you? Would you like us to sign you up for a lifetime of free Yves Saint Laurent?” And, coldly, all I said was, “Nope. Just switching to Verizon.” Then more questions about why I was leaving.

I wish we could just end our wireless contracts via text message. TXT “It’s Over” to 45809. I mean, I guess that would require reception, which AT&T is not that good at, so.

No wireless provider is perfect. They all have their ups and downs, and I don’t expect Verizon to be any different. But I’ve never heard any complaints about the Verizon service, and after four years with the iPhone, now I know that the service is just as important as the phone. What’s the point of having a cool phone if you can’t talk on it?