Our surplus of consumer options has made us lazy. 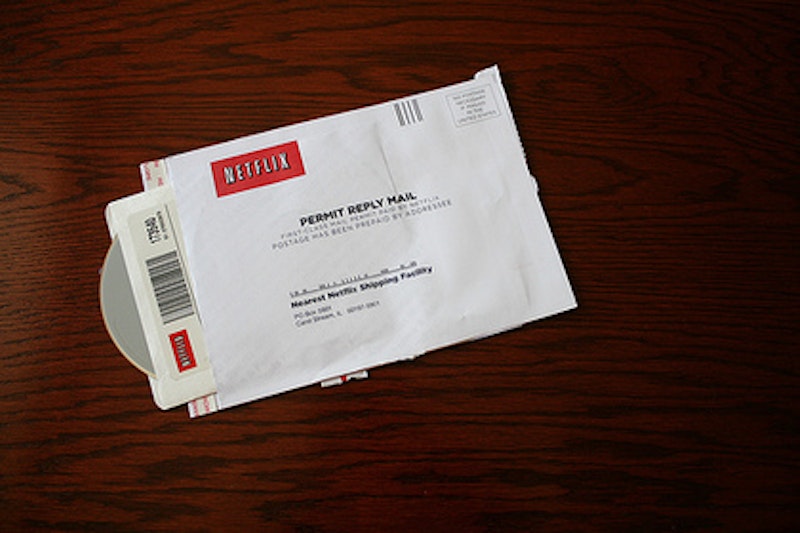 A little over a year ago, my brother and I got into an argument with our uncle about modern music. He spoke with reverence about the 1960s scene, describing it as a wonderful moment in pop culture history because, in his words, “We were all listening to the same thing.” Indeed, the 1960s were an odd fusing point that brought pop, innovation, and talent together in a single mainstream venue. The best musicians were primarily in what we may call “Rock ‘n’ Roll” and thus they had to compete against each other, leaving only the strongest and most popular bands behind. Witness The Beatles, The Rolling Stones, Jimi Hendrix: these were not only some of the most popular, they were the most creative and skilled. Many from that generation cling to this idea of togetherness through music as a point of past reference, relevant no longer.

My response should have been, “That’s all well and good as long as you like Rock ‘n’ Roll.” Therein lays the wonder of modern music. The Straight Edge hardcore music scene was my brother’s example of how niche and specialized music has become. In the past day, I have listened to three or four different genres of music—excluding subgenres, sub-subgenres, or convoluted meta-sub-genres. None of these would have been considered straight Rock ‘n’ Roll, or even Rock ‘n’ Roll at all. That’s because I have a choice. Listening to European Indie Electropop or American Hip Hop are decisions that are so base, so natural, that I literally cannot fathom what it would be like to listen to only one type of music.

Consider the argument that maybe we’ve all gone a little overboard with this freedom thing, and may want to re-think some of the basic trends that have manifested themselves into our American way of life.

I think Netflix is somewhat evil. If you are wondering what on earth Netflix and freedom have to do with each other, then here’s a concept for you to chew on: browsing. Netflix, in all its innovative glory, is the triumph of staying-at-home over browsing. For someone who watches a few movies a month, Netflix is neither cheaper nor quicker than going to a video store. But for some reason, Netflix is victorious, as Blockbusters, Hollywood Videos, and local video rental shacks have been closing their doors rapidly over the last several years. Beyond an inability to understand why the slower, more complicated option has won out, the jarring aspect about this phenomenon is it represents an end to movie browsing.

Take a gander at Netflix’s humorously titled “Browse Selection." It displays 20 movie titles, none released more than two years ago. If you were to walk into a movie store right now, you would walk past dozens, probably hundreds of movies on the way to your film—all with an opportunity to catch your eye. This says nothing of the human element, the wonderful movie recommendation by a friendly clerk or the prospect of just going to a video store and walking through the aisles, browsing until you see something you like.

In reality, this is fairly irrelevant, but it does signify a greater trend toward two opposing poles in American consumerism: tunnel-vision niches and watered-down selections. When you do your holiday shopping this year, chances are, you will either do it online or do it a big box store like Wal-Mart, Borders, or maybe a department store at the mall. This is the future and the present. The Internet provides such an intense range of options that you are exposed to little else in your searching. You can bring up specific titles or authors with no browsing interference, the tunnel-vision of being able to get the exact thing you want without being presented with any options. More insidious are the browsing recommendations that show you similar items, directing your search not unlike a "Choose Your Own Adventure Book," where you’re not really free, you’re just given the illusion of freedom.

The flipside of this is the big box stores that provide the exact opposite: a wealth of different options without any specialization. This is best illustrated by the fact that when I go grocery shopping at the local Meijer, I do not buy cheese. I take a separate trip to a different—and more expensive, thus making a full trip there impractical—food store. This extends to the edited CDs at Wal-Mart and the poor humidifier selection at Target. Small-time and independent films, music, and companies are both emboldened by the Internet and tied down by their inability to infiltrate many of the nationwide box chains.

These are only consumer movements that particularly trouble me. I do worry about the state of American merchandise, but would not care if it weren’t for the fact that most aspects of our lives are moving toward this proliferation of the one-stop shop or the direct-to-home Internet sensation. Our healthcare is moving in both directions. The healthcare aspect is a serious issue. Our emergency rooms are overcrowded with people using them as the medical equivalent of Big Box stores, and my girlfriend, a medical student, is constantly warned about the prevalence of patients’ Internet-based self-diagnosis affecting a doctor’s ability to correctly identify a problem, or lack thereof.

But for me, the biggest problem I have with this aspect of our society deals with the media. The massive stretching out of information has slowly led to an increasingly ill-informed populace. There’s no other explanation for 10 percent of our country thinking Obama is a Muslim. The way most people receive their news increasingly has a slant. Fox News and CNN have split the populace. Both have rather abandoned impartiality in favor of representing an opinion. Fox News is for conservatives, CNN is for the un-conservatives. When dealing with the Internet, the role of often partisan entities like churches in the spread of information, then people can basically look for the news that fits what they think, no matter what the truth is. It is specialized enough that you can buy this book. There are people who buy this and assume they know everything. There are people like me who refuse to buy this because they get their news from some other source who may also have an agenda, and think that the book is terrifying anti-intellectual bullshit. Either way, I can go about with my life assuming I’m right because I can keep finding things that prove me right.

The flip side is USA Today and the skimming nature of television politics. The big grab-bags are watered-down. There is still The New York Times, a relatively unbiased paper of record, but the reality is The New York Times is no longer the American newspaper. It is increasingly a newspaper of the center-left (and all the way to the far end of the left). Anecdotally, many conservatives I know or have met speak very disapprovingly of the “liberal” Times. In terms of national conservatives, well here’s McCain’s campaign manager. Oh, and here’s Sarah Palin for good measure—don’t forget to note the raucous crowd boos after the Times mention!

People can pick and choose their news. It used to be that if you wanted sports, you had to at least glance at the front page of the newspaper to get there. Now even ESPN.com is starting to feel dated in the surge of specialized sports blogs. I don’t know how to counter this, how to get people to look at the news again or get them to shop in a record store. And I guess that’s part of America and the freedom to do or not to do.