Scrooge McDuck For a Dime 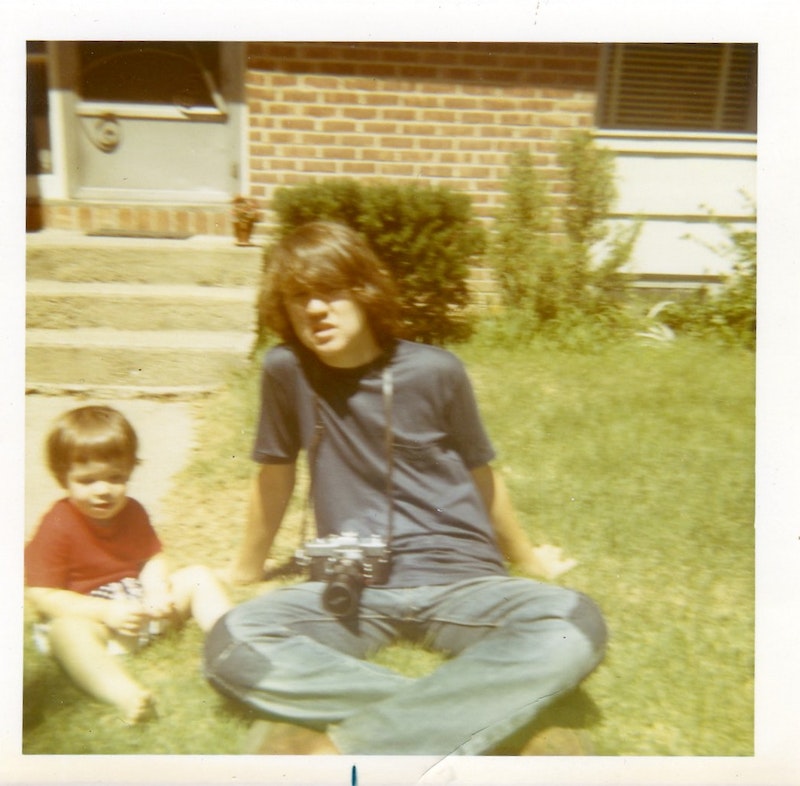 Last week, frequent Splice Today contributor Loren Kantor (his first article here was published 10 years ago) wrote a fine story about the rules for garage and estate sales, which he and his wife often frequent. One excerpt: “The worst sales are what my wife and I call sewer sales. These usually involve some hard-up schmo hocking his life’s possessions on a sidewalk. Items will be spread on a dirty towel and may include rusty silverware, cracked dinner plates and archaic Tony Robbins cassettes. You may also find torn furniture retrieved from a nearby dumpster.”

Although a packrat my entire life, I’m not much of a garage sale fan. Too many people clawing over chipped furniture and “vintage” food tins from decades ago. I suppose on occasion, if you’re diligent enough, a piece of Bakelite kitchenware might be unearthed, and while that’s a momentary thrill, chances are, unless you immediately flip it on eBay, it’ll end up in a closet. (Coincidentally, my dad worked as an engineer for a New Jersey Bakelite factory in the late-1940s and one time, just before Christmas, there was an explosion at the plant, and as he was helping the injured had no time to call my mother, who’d heard about it on the news. He returned home at the end of the day, unscathed, and that incident was added to the growing family lore.) Years ago, I’d stop at a sidewalk sale either in Fells Point in Baltimore or Manhattan and buy an old Life or Time magazine for a quarter, gave a flip-through and now they’re in a basement box.

When I was a kid, my mom loved rummage sales—especially at the Cold Spring Harbor Fair every October, where you could buy hand-pressed cider as the yellowjackets swarmed around the basketed apples, and the ham lunch at the firehouse was always a treat—and I was happy to tag along, buying comic books, and, as I got older, newly-released, still-wrapped records (I snagged a Wilson Pickett LP in ’67 for a quarter) and some jackets, including an Eisenhower coat that I wore for several years, even if it was scratchy. Later, in the early-1990s my wife and I went to an organized weekly outside “antique” sale—my mother-in-law was (and maybe still is) an enthusiast of “swap meets” in Los Angeles—but like the weekly street fairs that sound so good on paper, but really consist of rotating vendors, the appeal was limited.

On the other hand, my brother Gary and I once made a mint by holding a true garage sale at our home in Huntington in late-August, 1970. Our mother, in a rare clean-up frenzy (she was a packrat who put others, including me, to shame) told us that if we publicized and manned a “get rid of the junk” event, we could split the profits. I was 15, my brother 19 and home from college (as I recall, he was off at a summertime job—garbageman, professional house cleaner, I can’t remember which one that year—but organized and set up the items for peddling, and checked in at lunchtime) and though we had little expectations, jumped at the opportunity. I sat in a lawn chair in front of the garage, listening to records, reading the September issue of the barely-launched National Lampoon, and was stunned that a steady stream of customers, of all ages, walked up our hill to inspect the wares, haggle on prices, or just make conversation.

Several of my friends arrived at noon, figuring it was a mercy mission to keep me company, and were amazed at the swarm of bargain-hunters. When the crowd thinned to one or two people at around four in the afternoon, I closed shop, and counted the bills and coins. The tally was just shy of 600 bucks (in 1970 money!) and Gary and I couldn’t believe it. Uncharitably, we thought Mom might want a cut, but that wasn’t the case: she was happy to be rid of the bric-a-brac, old books and comics, broken-down furniture and told us it was a job well done. Naturally, she wanted us to deposit our earnings into our meager bank accounts, but that was out the question. It was mad money, man, a fucking windfall and I tore through my share in two weeks, mostly buying books at downtown Huntington’s superb Oscar’s and new $2.99 records at Sam Goody’s at the Walt Whitman mall.