What happens when the tranquilizers run out? 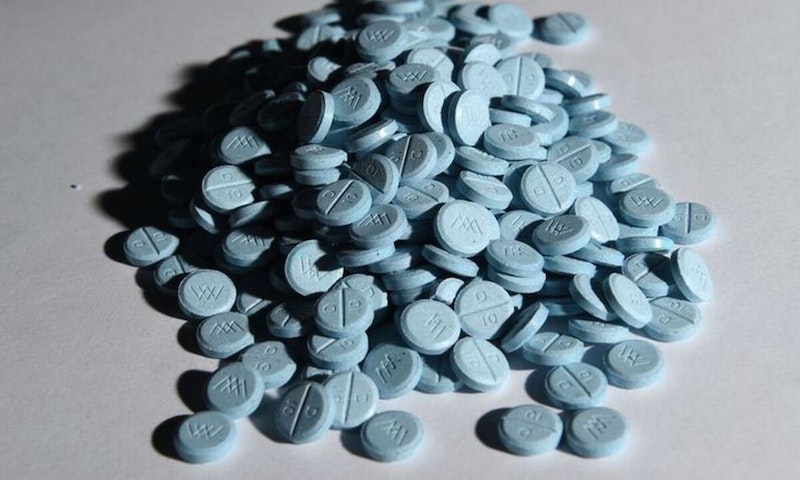 What happens when the pills run out? Dunkin Donuts is a front for Big Amphetamine. There have been a number of medication shortages in the United States during the pandemic, but none as publicized as Adderall going missing right now. According to The New York Times, “Dr. Goodman said patients report almost every day that they are unable to get prescriptions filled. He said his office has had to reissue them in different dosages to help patients receive treatment. Even then, some come up short and, without their medications, may miss deadlines or forget important tasks if they are working in a high-pressure situation.” That’s an understatement, and one that undermines patient symptoms (in typical aloof Times style).

It’s true that a shortage of amphetamines isn’t going to grind the world to a halt. The world will end when the tranquilizers go. What happens when benzodiazepines—Klonopin, Xanax, Ativan—run short or run out? People won’t “forget important tasks,” they’ll seize up and die. These are some of the only drugs that kill you through withdrawal alone. Not even booze can get you, but a years-long user of benzodiazepines will die a miserable death if cut off. In never-ending unprecedented times, it’s not hard to imagine not just a shortage but a total absence of tranquilizers available in America, which will fill far more hospitals with far more people than the coronavirus ever did. Adderall patients won’t be able to function and many won’t be able to leave their beds, but they’ll not die from amphetamine withdrawal. Eventually they’ll have the best meal of their life that week.

“While a number of companies make Adderall and generic versions, pharmacies may find it difficult to pivot to other suppliers because of amphetamine’s status as a controlled substance… Any given pharmacy might risk raising red flags with the Drug Enforcement Administration by doubling its supply, said Erin Fox, an expert on drug shortages at the University of Utah. ‘With a controlled substance, it’s harder for patients to call around and find a pharmacy that has product for them,’ Ms. Fox said.”

Adderall is just the latest insecticide set upon the American people by faceless companies that will never face one iota of the penalties paid by Alex Jones for his smear campaign against parents of Sandy Hook victims. M.I.A. pointed out that Jones will pay for his lies, but Pfizer won’t, and she got dog-piled as always. How is this a controversial statement? Pfizer did lie, and to what extent they did depends who you ask, but it’s on record: they lied to the world.

Many people, particularly those in Generation X, can’t let go of the virus. It’s the equivalent of the Baby Boomer cliché about growing more conservative the older you get. Everything’s too splintered after nearly three years of mass panic, anxiety, confusion, indifference, frustration, and whatever’s happening right now. At a certain point, this pandemic will end, and thousands of people will be left muttering like Dennis Hopper in Apocalypse Now, that someday this virus will be over, long after most people have stopped caring about it. A lot of people need the crisis of the virus to survive in the absence of Donald Trump. The pandemic isn’t over, and I’m not sure when (if?) live music will return, or if it’ll collapse like CDs, leaving the music industry obliterated. But world’s masters don’t care about Animal Collective and many, many others forced to cancel tours not because of low ticket sales but because of inflation, a backlogged of rescheduled shows, and the inevitability of someone getting sick.

But it’s not just heads of state and corporate sponsors that remain indifferent: everyone’s in a tunnel now, and I feel like I’m digging my way out with a spoon.