It’s easier to boycott or cut back on Amazon if you live in NYC. 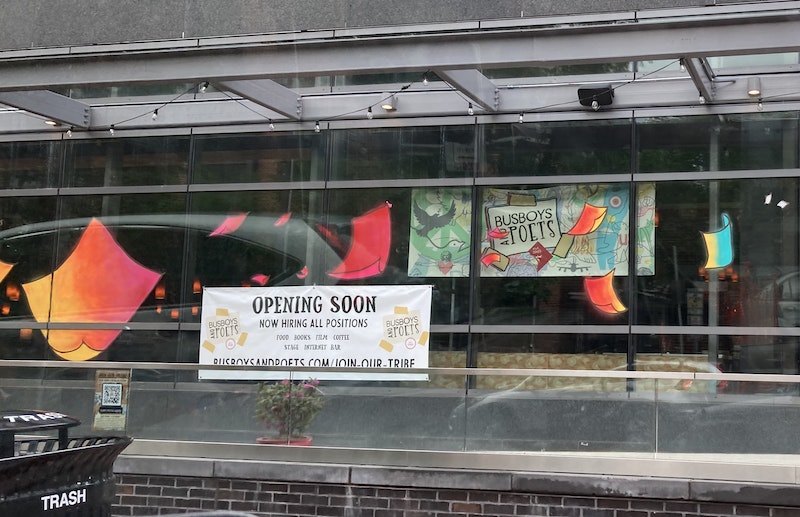 One of my favorite writers at The New York Post is Karol Markowicz, a Russian-born lady who lives with her family in Brooklyn, and who also has a large Twitter presence. She’s conservative, but not obnoxious about it, and during the last year her columns at the Post (and other venues) have justifiably skewered the CDC (which issues edicts that it later contradicts, modifies or retracts), New York Gov. Andrew Cuomo—incredibly still in office even after his COVID nursing home scandal emerged—Archbishop Anthony Fauci, arbitrary lockdowns, summer camp restrictions, and, as a parent, New York City’s atrocious and arbitrary public school closings, re-openings and re-closings. A model of journalistic sanity, she’s among the best that New York media—admittedly, a low bar—has to offer.

But I wrestled over Markowicz’s April 25 Post column, “Lets break our Amazon addiction and start saving local small businesses.” Hers is not an uncommon, if Quixotic, opinion, and if individuals want to boycott Amazon—or elect not to get vaccinated, for that matter, as Crispin Sartwell (fully vaccinated, but refusing to demonize those who abstain) wrote about for Splice Today on Monday—that goes on my live-and-let-live ledger.

I quarrel with her conclusion: “Limiting what we buy on Amazon is about returning our purchasing power to our local communities and building up our neighborhoods. Do we want to live in ghost towns of closed shops, or are we willing to leave our homes and bring back retail in our towns and cities? Americans should view shopping local as a post-pandemic patriotic duty. And then fulfill it before it’s too late.”

The phrase “post-pandemic patriotic duty” strikes a wrong chord with me—another person with a strong Twitter following, after seeing that Amazon sells “Fuck Biden” paraphernalia, said he’d no longer patronize the company, adding, condescendingly, “I’m done, and you should be, too”—and it’s hard not to recall George W. Bush’s properly lampooned exhortation for Americans to “go shopping” after 9/11.

As I’ve noted before I’m not a shill for Amazon, and if another company could deliver the same products at similarly low prices, I’d gladly transfer some of my purchases. The closing of retail and food establishments during the pandemic was a disaster for those afflicted, although I’m betting most of the empty storefronts will be replaced by new owners. But it’s a lot easier for Markowicz to suggest severely cutting back on Amazon since she lives in New York, which is still the country’s engine, even as it has slowly conformed—years before the pandemic hit—with the rest of America in becoming more generic, loaded with big chain establishments.

Markowicz and her fellow New Yorkers have more opportunities to “buy local” than most other citizens.

I live in Baltimore and if I wanted to buy a novel by, say, Nina Stibbe (a very odd but engaging writer), Graham Swift, Helen Cooper, Adam Pelzman, Sef Hughes or Jonathan Coe, there’s no store that carries those authors. (Any number of H.L. Mencken or John Waters books are available, unsurprisingly, but I have those. And try finding a collection of Westbrook Pegler’s columns from the earlier part of the 20th century; not on Amazon, though I was fortunate that my son Nicky scoured eBay and got a couple of them for me at Christmas.) Baltimore, unfortunately, is a typical generic American city—like Atlanta, Dallas, Pittsburgh, Cleveland, Denver and so on—where most “old-fashioned” coffee shops or bodegas have given way to Starbucks, smaller grocery stores supplanted by chain supermarkets, and most—there are exceptions—restaurants are also found in other cities.

A generation ago, Baltimore was filled with neighborhood independent purveyors and restaurants (Martick’s, Marconi’s, Zingaro, Sterling’s Seafood, Teddy’s Mexican in Pigtown, Pacifica, Danny’s, Brass Elephant, Kawasaki, etc. that had one location and that was it. The great Leon’s Pigpen did have four venues, but was confined to Baltimore. And despite a decreasing population, Baltimore is a still a city; I can only imagine the barren retail environments of rural and suburban locales, where Walmart, Trader Joe’s, CVS, Target, Staples, Subway and Chipotle hold residents hostage. It’s not easy to do your “patriotic duty” and “buy local” when you live in an area where almost nothing is local.

About a month ago my wife and I were driving down St. Paul St. in Baltimore’s Charles Village, and I noticed that a large—and vacant for more than a year—storefront showed life with a new sign, “Busboys and Poets,” appearing. I immediately perked up, thinking, cool, a big new space that’ll have books and food, performance art, readings and a bar, maybe like the long-departed Louie’s Bookstore and Café in lower Mt. Vernon that’s still missed by regular patrons. My enthusiasm, and naivete, was soon exposed by both of my sons (one of whom went to college in D.C.), who told me Busboys and Poets is a chain popular in Washington, D.C. and the object of scorn.

Last week, Nicky and I, after receiving our second COVID shot at the Convention Center, made our way up N. Charles St., once “Baltimore’s 5th Ave.,” and it was block after block of nail salons, dollar stores, holistic centers, 7-Elevens, banks, a Potbelly here, a Starbucks there, and aside from the splendid architecture (and not just churches), I wasn’t once tempted once to explore and delay our arrival at Splice Today’s offices.

I won’t be particularly dismayed when the inevitable occurs and Amazon is broken up into separate entities—and definitely don’t give a shit that the same will happen to Facebook and Google—but given the government’s glacial pace one such matters (exacerbated by the political donations the FAANG corporations dole out to mostly Democratic politicians), but it’ll take years and a large segment of modern life has been set. Americans like the convenience of online shopping, like the comfort of eating at a Waffle House and are used to the ubiquity of CVS, Olive Garden and Walgreen’s. That won’t change.