His memoir, Eat a Peach, is a story of simultaneous success and failure. 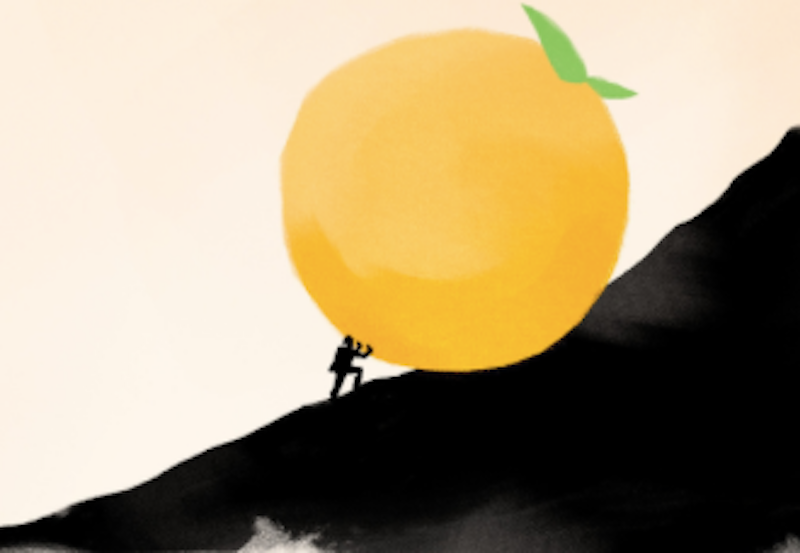 A former employee of celebrity chef/TV host/restaurant mogul David Chang wrote for Eater, a culinary website, that he once told a cook who he thought had done a poor job in preparing the employee meal, “I will scalp you. I will murder your fucking family!” When Eater asked the Korean-American chef to comment, he claimed no memory of it, but didn't deny it. It's odd that someone who has no recollection of sounding like a mafia loan shark trying to collect a debt can recall that 20 years ago he'd said to a person who'd insulted his first restaurant, "Fuck you. We don't cook for people like you."

Although Chang shows regret with his memoir, Eat A Peach, below a certain depth he gets the bends. For an example of a person unconcerned with the consequences of revealing the worst things they've ever done, look at the late journalist David Carr's brutally honest memoir, The Night of the Gun.

The Korean-American bad-boy chef has a history of wall-punching, desk-breaking, and employee abuse. He was that rage-fueled guy in the kitchen we've all heard about, but his success provided him with a pass. While Chang's name's never been bruited about in the #MeToo arena, there's much less acceptance now for the bullying workplace behavior. Eat a Peach is an extended mea culpa aimed at absolution. Confess your sins, and then you may be forgiven. But while there's plenty of focus on what his frequent convulsions of rage did to him (e.g. needing to punch walls as a release), he's less forthcoming about the pain he's caused others. For example, Chang shares the story of almost being deported from Australia after a rage incident, but doesn't speculate on the emotional turmoil his victim—and others—must’ve felt.

On the positive side, a star of the hospitality business has chosen to shed light on a problem that's long been rampant in the industry. While Gordon Ramsay's convulsive fits of rage make for good TV ratings, that's on its way out as a management tactic.

Chang, once a junior state golf champion in Virginia, also exhibits admirable frankness in discussing his extended battle with a bipolar condition, a "handicap" that actually fueled much of his success, although at great cost. Work was the young chef's refuge from the depression. The level of stress he took upon himself with his various risky business endeavors is stunning, but Chang's not a normal guy. When the 26-year-old chef opened his first restaurant in 2004, Momofuku Noodle Bar in NYC's East Village, he declined a bargain-rate extension of his 10-year lease because he thought he'd be dead within a decade. Thinking like that makes you prone to recklessness, but it can also be performance-enhancing.

What makes Chang stand out as a chef is that he knows exactly what he wants to do and acts on it. He's a big thinker, who's unafraid to try things he knows nothing about, such as going into the magazine business by starting a culinary magazine, Lucky Peach, with no publishing experience. The magazine cleaned up in the James Beard Media Awards due to its creativity (it once published a play), a captivating design aesthetic, and first-rate writing. But without outside investors, Lucky Peach relied on Chang's restaurant empire for cash, and when it stopped flowing, Chang pulled the plug on it after six years.

Revered Los Angeles Times restaurant critic Jonathan Gold referred to the chef as "Caesar" in his negative review of Chang's new Los Angeles restaurant, Majordomo, and expressed his anger over his role in allowing Lucky Peach to die. But the critic, who drew a comfortable salary, may not have understood the entrepreneurial challenges inherent in marrying a restaurant company with a media firm. In his book, Chang expresses bitterness over the heat he took for his business decision.

But the prospect of pain has never deterred Chang from breaking new ground. In fact, pain seems to have motivated him, along with his brand of nihilism that he writes about in his book. "My formula for winning was based on a simple but bleak-sounding bit of logic: if everything is meaningless, then you have nothing to lose. With nothing to lose, you're free to risk everything all the time."

Eat a Peach, written in a fast-paced, conversational style, is about an all-or-nothing guy who found a way to make the best use of his disadvantages, but eventually realized that such an approach is unsustainable. He decided to seek psychiatric help, and his openness about this in his book should make it easier for others in his field to do the same, as opposed to falling back on the machismo that's long been a big part of the chef's mentality.

David Chang is flawed, and he's inflicted substantial cruelty on others, but he's trying to improve. He's not an unredeemable monster like Mario Batali, who abused women for his own pleasure. I don't believe Chang ever abused anyone for his own delight. It's more likely that he was a perfectionist ruled by his own dark compulsions. Chang has led a remarkable life. I'm thinking that his new-and-improved version is going to provide plenty more pleasant surprises, but this time without all the casualties.