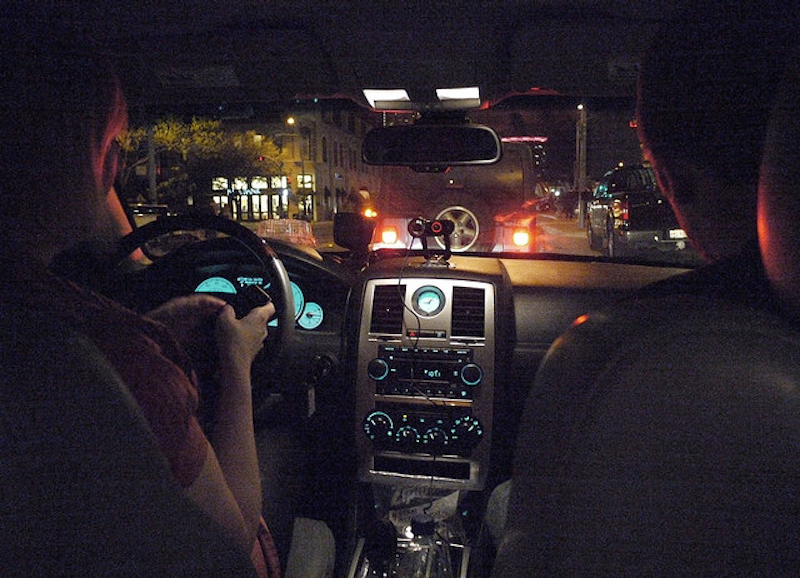 Exchanging emails with major-label publicists via Hotmail on your smart phone during bumper-to-bumper afternoon traffic is not advisable. I know this because, a couple of weeks back, I came within a hair’s breadth of triggering a pile-up because I couldn’t wait 45 minutes to get home to my PC to schedule an interview with a Baltimore-area rap phenom who’s blowing up. My brakes—and the fact that I looked up from my iPhone literally just in time—saved my bacon, and the bacon of drivers behind and ahead of me.

Was I to blame? Nope. Preemptive deceleration was to blame.

What is preemptive deceleration? It’s pretty simple, really, and that’s the rub. Preemptive deceleration is a theory that says, in no uncertain terms, that if you’re driving in heavy traffic and leave, say, four or five car lengths between yourself and the vehicle ahead of you, it’s permissible to allow your vehicle to coast along at a reasonably anemic speed—maybe 15 or 20 mph—as you text, play games, or otherwise just fiddle about on your smart phone, because you’re an amazing multi-tasker who can dedicate just enough attention to the phone and the road that, should a change in the timbre of traffic ahead occur, you can totally adapt in the nick of time and escape injury and/or death.

Preemptive deceleration is bullshit because, well, if everyone on the road is operating under the exact same set of misguided assumptions—and casual surveys of other drivers I encounter during brutal, slogged highway trips home every day assures me that, indeed, they are—the fine art of checking one’s rear mirror is going the way of the dodo.

Which means that you’re not watching your behind, the girl behind you isn’t watching her front, and no one’s paying attention to the narcoleptic 18-wheeler driver who’s falling asleep and driving into the lane the two of you share. Additionally, because the mass of commuters are more committed to hunting and pecking than actually driving, traffic backs up further and lights the short fuses of the impatient and unbalanced, introducing more risk—internal and external alike—into the already high-tension sphere of rush-hour urban travel.