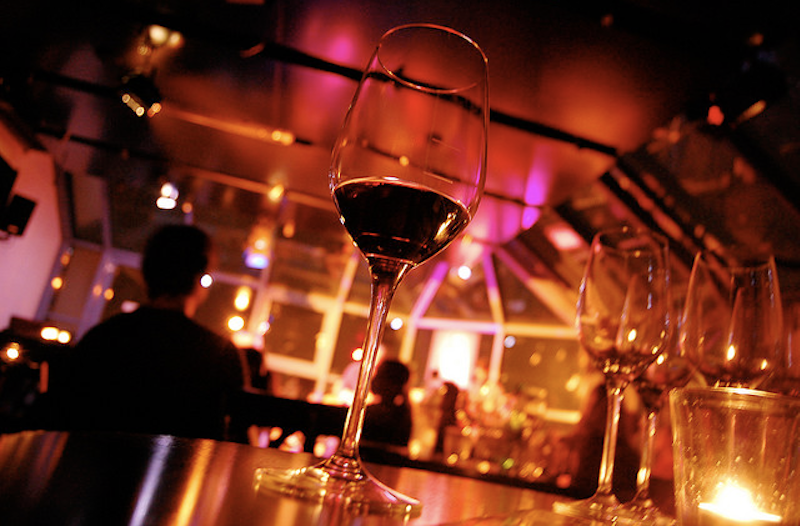 Recalling those halcyon, go-go days of the 1990s when the likes of Planet Hollywood, ESPN Zone, Motown Café, and other similar ventures made for a momentary diversion, Rolling Stone promises that a Los Angeles restaurant called—wait for it—Rolling Stone Los Angeles (RSLA) will be opening soon. Can your heart stand it?

RSLA’s website pledges that the venture’s imprimatur is “Capturing the edgy-yet-elegant spirit of one of the world's most iconic music magazines.” And that’s about it; the Menu tab simply says that it’s “coming soon,” while the Events tab consists of photos from an American Music Awards after party last November, at which such entertainment powerhouses as Mena Suvari, Avril Lavigne, Kelly Osbourne and, inevitably, Dave Navarro and Tila Tequila were in attendance.

To his credit, founder Jann Wenner managed not to be photographed at that shindig. Given his simultaneously ADD/micro-managing style, he was probably too busy interviewing busboys to attend. In case all this isn’t enough to set your tastebuds and your mind a-wanderin’, man, WWD notes that “the magazine plans to extend its licensing business into new categories, including electronics and gaming and fashion-based products that are inspired by the magazine’s rock ’n’ roll roots.”

So it’s entirely possible that you can put on your Bono Ray-Bans, grab your Madonna purse and go order the Slash-and-Sour Shrimp … and perhaps some Wenner wieners for the kiddies.

Rolling Stone isn’t selling out its ideals; all that happened so long ago that it’s no longer a mildly curious topic of conversation. Wenner, however, is another topic entirely. (I’ll never forget the sight of Wenner at the Rock ‘n’ Roll Hall of Fame induction ceremonies in 1991—which took place on the same night of the aerial bombing of Baghdad—solemnly intoning, “The answer, my friends, is blowing in the wind. The answer is blowing in the wind.”)

As someone who’s always purported to have his fingers on the pulse of pop culture, Wenner’s been tone deaf for longer than Katy Perry’s been alive. The flat-footed interviews with politicians; the firing of an editor over a not-positive-enough review of Hootie & The Blowfish’s second album; the personal fiefdom that the irrelevant Hall of Fame has been from the get-go … and, of course, that utterly fantastic “performance” as himself in the movie Perfect, which belongs alongside the collected works of Edward D. Wood, Jr. in any compilation of cinematic atrocities.

And now he’s decided to enter the themed restaurant business, about a decade after most everyone else has ditched the concept. One assumes that the big draw will be rock ‘n’ roll memorabilia (well, besides the memorabilia that already adorns the Hard Rock Cafés of the world, which pioneered this concept in 1979). Los Angeles, of course, is a place where people have never seen a guitar once held by Eric Clapton, so the bucks should come rolling in.

Another long-lived music publication tried to launch a branded restaurant in L.A. in the 1990s: Billboard Live limped along on the Sunset Strip for a couple of years before quietly shuttering its doors. (I almost got trampled once by the pre-fame Spice Girls rushing into the joint, on my way to somewhere else.) Billboard means even less to the casual diner than Rolling Stone, but quite why Wenner thinks he’ll succeed, where such past ghastly mistakes as the Motown Café failed, remains unexplained.

It’s possible that once RSLA opens it’ll be with a splash. The WWD item notes that the chef plans on an “upscale menu,” which should certainly have Wolfgang Puck quaking in his tourist-friendly boots. The curiosity factor will be high. And, let’s face it, there will be plenty of visiting yokels with some extra money to burn who might give it the joint a shot.

But would you want to be seen eating there?