Nick Gillespie’s advice is too coherent for the President. 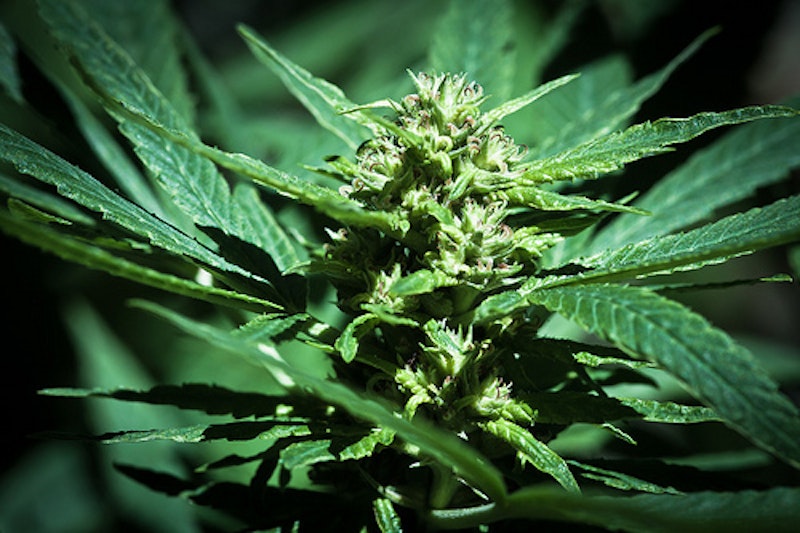 Nick Gillespie, writing for the de-buzzed Daily Beast on Jan. 21, was in an uncharacteristically generous frame of mind when he offered unsolicited advice to Barack Obama, saying that the aloof president would enhance his so-far sketchy legacy by “enthusiastically winding down the federal war on pot.” Seizing on a few stray comments made in New Yorker editor David Remnick’s far-too-long article on Obama—as I’ve noted before, Remnick is a talented writer, but he continues to get all gooey on the subject of the 44th president—Gillespie, at least on the surface, seems to think there’s a shard of hope that Obama will heed the fast-moving trend in the U.S. for legalizing marijuana. Do I think Gillespie—whose prolific writing not only at his Reason base but also in other outlets that aren’t afraid of him stands out in the sump known as modern journalism—really believes Obama will move on this snap-your-fingers-and-it’s-done measure? No, but he’s giving the guy a chance.

Gillespie writes: “With just three years left in office and a possible Republican landslide in the fall’s midterm elections, Obama must be in something close to panic mode. His health care plan seems like it’s imploding, his foreign policy and civil liberties record is awful, and the economy is still barely stumbling forward into an uncertain future. [Ending the unconscionable sanctions against users of marijuana] would be popular with voters and, as important, would require immediate cooperation from Congress.”

It’s an optimistic take, buttressed, Gillespie hopes, by Obama’s desire to land in history’s ranking of first-tier presidents. But here’s the problem: I doubt Obama believes his health care fiasco is “imploding” and probably pats himself on the back for being a civil-liberties warrior. Like most presidents, Obama lives in a Beltway cocoon, listening to hired sycophants, consultants, political allies (and I don’t mean morons like Patrick Kennedy, who counseled Obama that pot today is much stronger than what the President smoked in his youth) and, worst of all, the Big Thinkers in the sputtering legacy media and academia.

Obama plods along, and doesn’t recognize swiftly moving changes in American culture. He could’ve ended the dumb “Don’t Ask, Don’t Tell” military dictum on his first day in office back in 2009, but didn’t; he was way behind the curve in supporting gay marriage; and refuses to make definitive decisions about U.S. involvement in Afghanistan, long after the public has made clear its opinion that it’s a lost cause that doesn’t warrant any more American casualties. As for the economy, Obama won’t give up his class-war rhetoric—he speaks as if he’s a beleaguered middle-class man working two jobs—and is trapped in “eat the rich” quicksand.

I’m not certain if Obama really cares if a Democrat succeeds him in the White House: you get the feeling he just wants to disappear in 2017, pocket a $5 million advance for his memoirs, and, once he’s decompressed from a disappointing experience, embark on a modified Bill Clinton-like tour of the world, spreading his anodyne nostrums to receptive audiences. As well as—sshh!—raking in huge fees for speaking at corporate-sponsored seminars.

Don’t get me wrong: I’m squarely in Gillespie’s pro-legalization camp and have been since I was a tokin’ teenager. But I disagree with the idea that now Obama won’t face re-election he can actually do something of substance. In fact, as I wrote just after Obama’s election in ’08, he had a short window to end this ruinous prohibition. He didn’t even have to debate the “moral” pros and cons of smoking pot: the economic boost from sin taxes and the jobs created would’ve made sense to a country scared silly that another Great Depression had just begun.

I do believe that legalization of marijuana in more than just a couple of states is, finally, on the horizon. But don’t expect Obama to lift a finger to jump-start the process.