I don’t know how to write about my weight anymore. 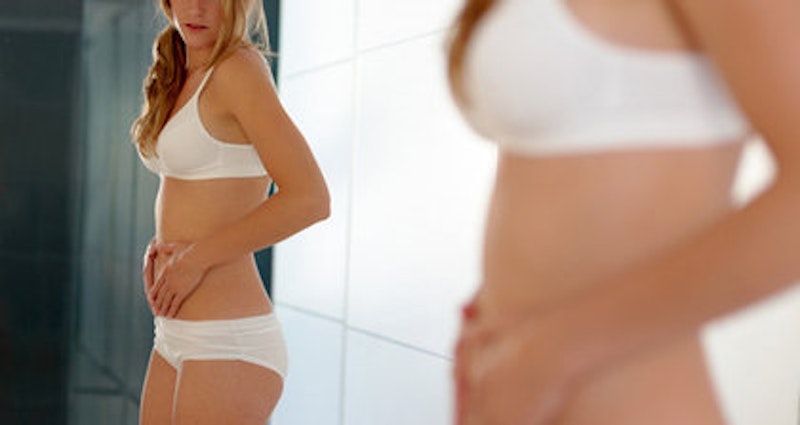 Type in the words “fat shaming” to a Google search and you get eight million results. “Fat shaming” has an entire Huffington Post page dedicated to it; it’s tagged at Salon and Tumblr as well.  As a journalist who writes about my life for a living, I don’t feel comfortable discussing my weight anymore for fear of being accused of fat shaming, a concept that is broadened to “body shaming” in general when thin women are referred to disparagingly. I was accused on Facebook and Twitter of body shaming thin women when I wrote an article called “No I Wouldn’t Kill to Have Her Body.”

I meant for the piece to be about women accepting our bodies the way we are, but apparently mentions of the gene pool (a reference to my heavyset grandmother) and “the body of a malnourished teenage boy” were considered by some to be body shaming in nature.

I wanted to write a post about gaining weight. I lost 50 pounds two years ago, and gained about 10-15 or so (I don’t keep track; don’t own a scale) back over the holidays and from moving recently. I started writing the piece a few different times, and scrapped it out of fear of being accused of fat shaming. From what I’ve seen on the Internet, it isn’t really safe anymore to talk about your weight. I don’t want to offend anyone regardless of his or her weight, and I hope readers would understand I’m writing about me, not them. But somehow I would fuck it up.

If I talk about not liking the weight gain and I can’t wait for spring to get outside and go biking and kayaking and lose it, I’m shaming somebody. If I say fuck the 20 pounds and fuck the gym, I’m going to eat what I want, I’m shaming the women who take working out seriously. Once I wrote about the gym and completely got accused of “judging” the hard-core workout crowd.

I think what it comes down to is sensitivity. Many of us (I’d say women especially, not to be sexist against men) are sensitive about our weight. So as soon as someone starts writing about weight or body image, we’re on edge. Is the writer going to say something that offends me? How dare she? And people get angry, and then there are many comments. Mary Elizabeth Williams at Salon expressed a similar concern in her piece “Is It Ok To Call Someone Fat?” In her article “The Audacity of Lena Dunham and Her Admirable Commitment to Making Us Look At Her Naked,” the author discusses her feelings on the fat shaming of Kate Winslet in Titanic and the bravery of Dunham giving “zero fucks” about her body image and fashion choices.

I want to give zero fucks, too. I really do. But I lost the 50 pounds gained across two decades of raising four kids in order to feel better about myself and be healthier, and I accomplished that. I’m not going to obsess over the recent weight gain and do anything ridiculous like go out and buy a scale, because I’ve been around eating disorders for many years and on behalf of my three teen/tween daughters, I’m not going to make an issue out of it. I will simply quietly make an effort to de-cakeify my life a bit, and focus on feeling good about myself. At any weight, isn’t that really a fair goal?

Somehow I’ll be criticized for something in this piece. It’s an occupational hazard.