Ativan is Not A Pizza Topping

And other lessons from moving. 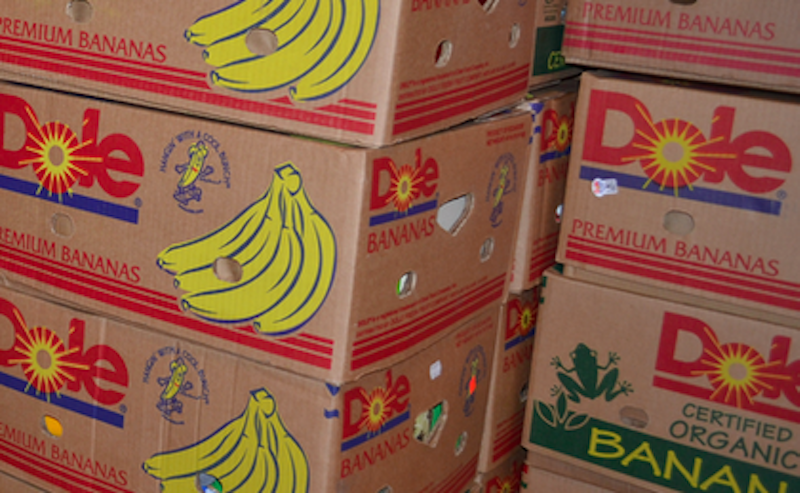 "Moving" is on the list of traumatic life events for a valid reason. I haven't moved many times in my life, and I'm completely losing my shit as my end of the month moving day looms.

My first move was at age 18, to college, which wouldn't really count except my mom had her sixth baby that year and I didn't have a bedroom to come back home to, so it was basically a move-out. After college, a few local moves until we bought our first townhouse, and then we bought a Victorian Monster House. Fifteen years ago when we moved in here (with two kids) I swore I'd never move again. But here I am amidst a ghastly breakup with that dream house, moving this time while I have four kids and the six of us have accumulated a decade and a half worth of absolute dreck.

Since I'd rather have money for new curtains, I'm too cheap to buy moving boxes, so the grocery store is my moving supply store. The other day, on my third trip there, they told me “There are no more produce boxes because we already gave them all to you.” The amount of stupid, disgusting consumer stuff we own can be calculated in three specific units of measurement: large Rubbermaid plastic bins, 42-gallon contractor bags and banana/apple boxes (free, sturdy, have lids and handles) from the grocery store. We move next weekend. I have thrown out/recycled around 40 contractor bags worth of trash (mainly in the “Happy Meal toys/broken crayons” category and probably a hundred lids to long-gone plastic food containers), filled 20 plastic bins and another 12 bags with clothes, linens etc. and 50 banana/apple boxes contain our pots, pans, kitchen material and dishes (including my great grandmother’s china which is edged in gold and can't go in the dishwasher so never gets used but it’s not like you can throw it out).

Moving is a One Way Ticket to Psychoville

Throughout the packing process I've had a number of severe panic attacks, something I don't experience (thank God) in my daily life, though minor ones are kind of a norm for me. I’d stand in one place, surrounded by the aforementioned units of measurement, half packed, and suddenly my heart would begin beating really fast, my head would swim, I'd break into a sweat, my face would flush and my hands would shake. The whole thing is just so unbelievably overwhelming. At one point I tried an Ativan, which I take before bed for sleep. I figured it's an anti-anxiety pill, so maybe it would chill me out. I’d never taken one during the day. I ended up eating four slices of a medium Philly Cheesesteak Dominos pizza, taking a shower and falling into such a deep nap-coma that my kids woke me up an hour after they got home from school asking for dinner. Nothing was packed. Ativan is not a pizza topping. Noted. Naps, though, have become my body’s natural defense against packing anxiety. I never normally nap, but have collapsed into a few of them over the last week, my body shutting down like an iPhone that simply reaches zero percent power.

Going to the gym, the chiropractor, out for a drink with a friend are the things that kept me from going all the way insane over the last few weeks. I actually went to a women’s ice hockey game at the Naval Academy in Annapolis to get out of packing the other day (Go Navy; they crushed New Jersey 5-0). Pretty random, but it was actually fun. Running away occasionally is a key coping strategy, along with the decision not to put our house on the market until after we move out, because honestly if realtors and people with unrealistic visions of “life in a charming old Victorian” were walking among my banana boxes and contractor bags right now, I'd hurl myself off the Bay Bridge.

De-crappifying Your Life is a Necessary Process

The only way to get rid of unnecessary garbage you’ve accumulated across the years is to move. Every item becomes a Clash-soundtracked game show of "Does it stay or does it go." The sentimental stuff is the worst, especially photographs. I made up a rule, only because the new house has a full basement for storage and to ward off as many panic attacks as possible, that if I held something in my hand for more than 10 seconds, it went into the "nostalgia" banana boxes. These are art projects, homemade pottery, the pillowcase from my bedroom as a little girl, and other things that I honestly don't need to keep but will cry if I throw them away now.

It wasn't like I didn't throw away 40 contractor bags worth of crap and believe me if my kids had seen some of the stuff inside those opaque black firmly tied bags they'd have lost their minds. Purging stuff feels good.