Pot should be legal, especially for moms. 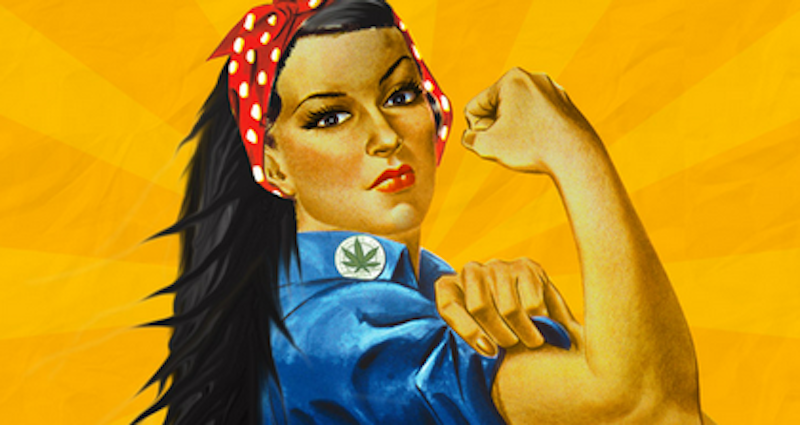 I won’t bore you with a long list of reasons why pot should be legal. There’s an entire nonprofit called the National Organization for the Reform of Marijuana Laws (NORML), dedicated to that. And obviously, they are thrilled about recent news that the U.S. Justice Department has issued a “Guidance Regarding Marijuana Enforcement” memo.

"This is a historic step forward," stated NORML Communications Director Erik Altieri. "Assuming the Department of Justice stays true to their word, these states and others will no doubt move forward with the state-licensed regulation of cannabis for adults. The public has evolved beyond the simplistic, failed policies of cannabis prohibition and are seeking pragmatic, regulatory alternatives. It is encouraging to see that the federal government no longer intends to stand in their way."

NORML happens to have a women’s alliance as well. I’ll be honest. I’m not quite sure why an entire separate women’s organization is necessary. The issue of legalization of marijuana seems to me to be gender neutral. If you take a look at the mission of the women’s foundation:

The NORML Women’s Alliance is a nonpartisan coalition of socially and geographically diverse women who believe that marijuana prohibition is a self-destructive and hypocritical policy that undermines the American family, sends a mixed and false message to our young people, and destroys the cherished principles of personal liberty and local self-government.

I believe that the simple switch of the word “women” after geographically diverse to “people” would enable the organization to remain gender-neutral, so I’m not sure why women need a separate umbrella, except that I’m guessing for whatever masked and essentially sexist reason, the organizers think marijuana is an easier sell coming from women. We can use the word “family” more convincingly? Weird. And really, it’s a slippery slope talking about teenagers and pot. Mainstream America is barely ready to consider legalization of marijuana; in my opinion, we should keep teens out of the discussion since any laws would undoubtedly make it illegal for kids under 18, whether they’re actually smoking it or not.

There is an entire international group called Moms for Marijuana. They have nearly 40,000 likes on their Facebook page. On the front page of their website is this quote:

“Weed is a flower, too, once you get to know it.” – Eeyore, Winnie the Pooh

No wonder Eeyore is so laid back.

So what is the link, exactly, between motherhood and marijuana as it relates to children (besides Winnie the Pooh and every single thing that happens in Scooby Doo)? Undoubtedly there are many people who don’t think women raising kids should be getting high. Obviously these people have never raised kids. The “Cannabis and Kids” section of the Moms for Marijuana page states somewhat mysteriously: “We want to do more than leave a better world for our children. We want to leave better children for our world!”

My interpretation of this vague declaration is this: as moms, we are quite often completely stressed out of our minds. Toddlers, tweens, and teenagers each come with their own special set of mind-numbing, exhausting challenges. I know moms who drink an entire bottle of wine each night, which is legal, but as an adult child of an alcoholic, I do not think it is better. I’m not saying moms should wake and bake and spend 100 percent of our time as mothers high. But especially for those of us who are yellers (often because our mothers before us were yellers), a little puff on the magic dragon would chill us, leading to us not yelling, and our kids not being stressed out about being yelled at. Everyone’s a winner.