I Don't Want to Be a Hoarder

Why do I keep all this shit with me? 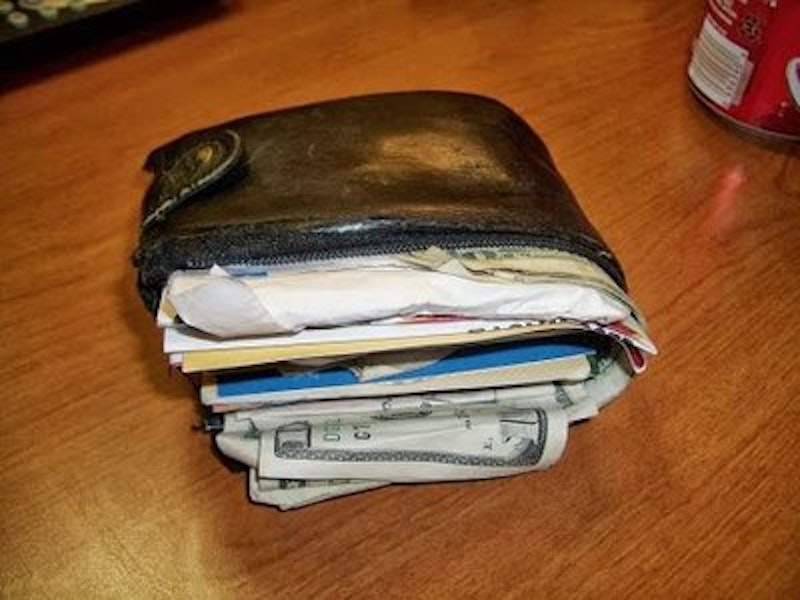 I cringe whenever I tune in to one of those shows about hoarders, and not always because I’m grossed out by what’s in there. It’s more that I see a little bit of myself in them—I get afraid that there’s a hoarder in me too, that we’re all hoarders in some way. I’m sentimental and save almost everything. I keep the ticket stubs from all the movies and concerts I go to. Coming across an awesome flyer for some party or record release, I take not one but five. The refrigerator is covered in concert ticket stubs, postcards from Berlin, my graduation announcement.

Then there’s my wallet, which is bursting open, not from all of my amazing credit cards and stacks of $100 bills but still more movie stubs, subway tickets from Paris and Amsterdam, London and Berlin, my Yale ID, even though I graduated in May, and a drink ticket a celebrity gave me a few years ago at a club in New York. Memories. If I lost that wallet tomorrow I’d be more upset about losing the drink ticket or those already used subway tickets than the debit cards or IDs, all of which can be replaced. Plus there’s no money on them anyway!

We carry around an archive of the best moments of our lives in our wallets and in the shoeboxes kept tucked away from plain view. But what’s the point of keeping these moments if they’re just going to be stashed someplace and not looked at everyday? It’s not like I go through my wallet every time I’m free and relive those paper souvenirs. So why do I keep all this shit with me?

I just moved to a different apartment in Richmond, right in the center of Jackson Ward, the heart of the Arts District and the former hotbed of black cultural production in the city. The thing about moving is that you’re always faced with your old stuff. Old bills you forgot to pay. Receipts that are so faded you can barely make out the numbers. Maybe you’re like me and when you moved in a year ago, five years ago, all you did was stow those keepsakes in some box to deal with “later.” Well, “later” is always the moment you have to move. That’s when the ghosts come out.

I kept telling myself that the move wouldn’t take very long because I don’t have a whole lot of possessions: mostly just books and sequin cat suits. But there were a lot of papers, souvenirs, little keepsakes, things I looked at and went, “Oh yeah! I remember that!” I quickly had to decide what to keep and what to get rid of. Well, if I haven’t used it in the past year, then it’s not worth keeping. Lots of keepsakes got thrown away, and for better or worse I don’t even remember what was tossed.

My new apartment doesn’t have any storage space, a fact I didn’t even notice until I was moving in. The living room that feels bigger than it is because the ceilings are high. There are two closets off to the side, one that holds the washer/dryer and the other some mechanical stuff. What was I going to do with all the papers and memorabilia, stuff I wanted to keep but that I now had no place to put?

“Dude, come here,” my friend who was helping me move said. “Look at your closet—where does this door lead?” He’s calling it a “door” but it’s more like some kind of hatch that I would have never, ever touched if he hadn’t pointed it out. It’s a kind of impromptu storage space. Small: maybe you can crawl in. Anyway, I was so glad to find a place to stash stuff I don’t want people to see, even if the space is a little difficult to reach.

I’ve been in my apartment for a week now and don’t miss not having storage space, not having little containers to store stuff in, not having a place to build up stuff I don’t need. It’s the essence of minimalism: everything in my living space is exactly as I need it. And I’m certainly not going to pry open that secret hatch every time I feel like keeping something.