Mercedes and the Third Reich

I grew up believing that Mercedes-Benz helped construct crematoriums for Nazi concentration camps. 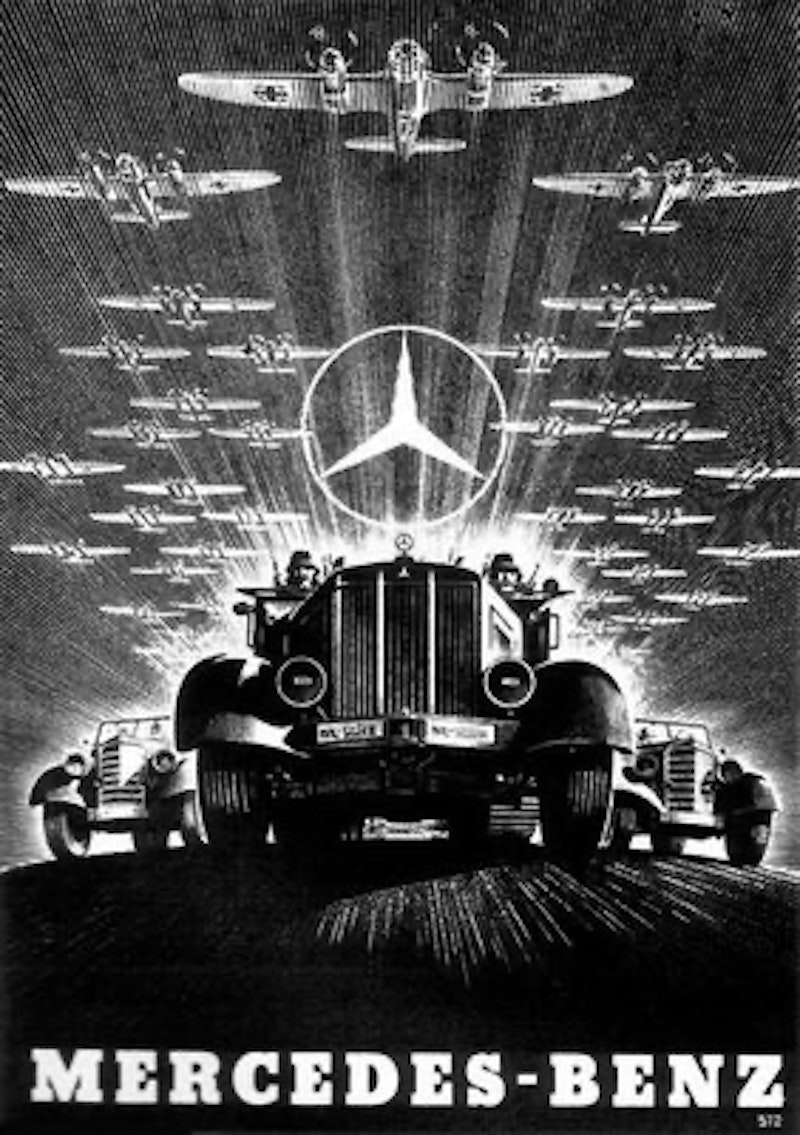 When I was growing up, our family lived a few doors away from a quiet old man named Mr. Kravitz. He owned a dry cleaning business in town and his pride and joy was a dark blue Mercedes sedan with a personalized plate that read “L’Chaim” (Hebrew for “to life”). That was a personal affront to my father.

“How dare he drive around with those words on his car. To Life? Doesn’t he know that Mercedes built ovens for Hitler? How about ‘To Death.’ And he calls himself a Jew.

Thus, I grew up believing that Mercedes-Benz helped construct crematoriums for Nazi concentration camps. Sometime in my teens, this belief morphed to include BMW and Volkswagen as well. I grew to resent all German cars and whenever I saw one of my Jewish friends driving an Audi or a Porsche, I couldn’t help but scowl. This idea embedded itself in my subconscious to such an extent that I began severing ties with friends who drove German cars. When I learned that my favorite cousin Steve had purchased a Mercedes convertible, I was filled with cognitive dissonance. One night, I pressed Steve on the issue.

“Why do you drive that car?” I asked.

“Yeah. Why couldn’t you buy a Lexus or a Jaguar? Why’d you have to go the German route?”

“Because Mercedes makes a great car. And I wanted the best. What’s wrong with that?”

“Everything. Don’t you know your relatives were cooked in Mercedes built ovens? You’re driving a Nazi car.”

“It’s common knowledge,” I told him.

“It’s a stupid urban myth,” he countered. “Mercedes is in the car business, not the oven business. Go look up your facts.” So I did.

According to the book Mercedes In Peace and War, written by Bernard Bellon, the Daimler-Benz Company (makers of Mercedes cars) had a close relationship with the Third Reich. The official company line was that “Daimler-Benz supported the National Socialist regime only to an unavoidable extent for a company of its importance.” But after Daimler-Benz opened its archives in 1986, Bellon uncovered a wealth of information about Daimler-Benz’s military-industrial connection to the Nazi party.

When the Nazis came to power they effectively destroyed the unions across Germany. They established a work force based on fear and intimidation that helped Daimler-Benz reduce labor costs and increase profit. In return, Daimler-Benz became the top armaments producer for the Nazis. Daimler-Benz built airplane motors, armored tanks, large trucks and gun barrels for the Mauser rifle. They also built a large section of a V-2 rocket.

Starting in 1941, Daimler-Benz began using Soviet and French POWs as forced labor. Those who refused to work were sent to concentration camps. By 1943, Daimler-Benz used thousands of Jewish concentration camp worker-slaves to build the weapons of the Nazi war machine. The prisoners “toiled eighteen hours a day, cowering under the lash, sleeping six to a dog kennel eight feet square, starving or freezing to death at the whim of their guards.”

In the final weeks of the war when it was clear that Germany would lose, Daimler-Benz shipped prisoners back to concentration camps where they’d be gassed. One group of female inmates at the Sachsenhausen camp survived when the camp’s gas chambers failed to function.

In Neil Gregor’s book Daimler-Benz in the Third Reich, he writes, “Insofar as industrialists and managers did drift into barbarism, they did so because they broadly accepted National Socialist ideology and allowed it to permeate the culture of the company… the company was able to survive in a relatively healthy position to the end of the war… at the expense of the lives of thousands of victims of forced labor.”

It can be argued that all German corporations were forced to cooperate with the ruling Nazi party in order to survive. But it must be noted that the Nazis never forced Daimler-Benz to use slave labor. Daimler-Benz voluntarily committed to this path as “good business practice.”

So in response to my cousin Steve, you were right. Mercedes did not build ovens for Hitler. That being said, you won’t see me driving a Mercedes anytime soon.