The liability of a misleading ad lies in its potential to injure customers. 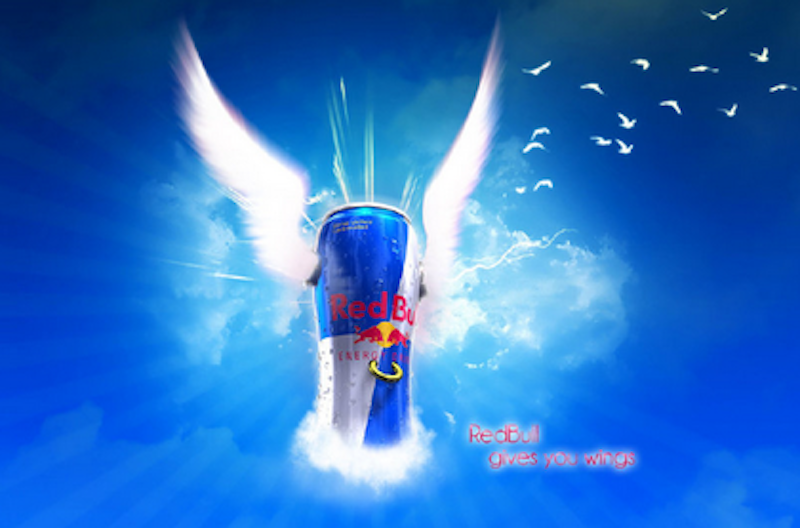 There are people who believed drinking Red Bull would give them wings. It’s unclear if they thought the wings would instantly sprout from their spine as a thin, strong flange of fibrous tissue that could hold the weight of a human and propel them to flight, or if it would be a slow evolution over time after an unidentified number of ounces of this miraculous beverage were digested. Perhaps they believed the wings would be dropped from the sky, a gift from heaven that could be slipped on with the ease of a shirt. Or maybe they just assumed they would receive the wings in the mail, direct from the corporation, part of a one-size-fits-all human wing campaign.

I’d like to believe the recent false advertising class-action cases are about upholding the law, standing up for the right and protecting the consumer against the greedy devices of corporate marketing. I can’t.

Marketing and public relations is all about rhetoric, literary devices in tags and brands that’ll attract attention and ignite interest. They’re not just found in advertising, or used by corporations and small businesses to promote products and services. They’re found in political campaigns, fiction and non-fiction, self-promotion on social media and even in the way we as individuals communicate every day. Everyone uses them at some point: hyperbole, allusion, irony, apophasis, analogy, sentential, epizeuxis, the list goes on. So, when does the use of rhetorical devices to garner interest become false advertising?

False advertising is defined as the use of deliberately misleading statements, and misrepresentation of the product at hand, which may negatively affect many stakeholders, especially consumers. To establish that an advertisement is false, a plaintiff must prove five things: (1) a false statement of fact has been made about the advertiser's own or another person's goods, services, or commercial activity; (2) the statement either deceives or has the potential to deceive a substantial portion of its targeted audience; (3) the deception is also likely to affect the purchasing decisions of its audience; (4) the advertising involves goods or services in interstate commerce; and (5) the deception has either resulted in or is likely to result in injury to the plaintiff.

The most heavily weighed factor is the advertisement's potential to injure a customer. The injury is usually attributed to money the consumer lost through a purchase that wouldn’t have been made absent misleading advertising. Red Bull agreed to pay a settlement of $10 per customer disappointed the product did not actually give them wings. Yes, apparently there were Red Bull customers hurt by the failed wing production—enough people to merit a settlement from the company—which suggests a “substantial portion of its targeted audience” didn’t understand the difference between fact and metaphor, and therefore were easily led astray like children following the pied piper. Notice, I used a simile instead of a metaphor. Had I used a metaphor it may have confused some adults into thinking they are still children, thus opening the door to all kinds of misbehavior and dangers. Ridiculous, huh?

I understand false advertising takes on many forms: some are clearly illegal and others appear legal while actually illegal but unenforceable. I’m not sure the claims against Red Bull fall into either category. They speak more of consumer ignorance than the deceit of a corporation, and it’s a slippery slope to validate such claims.

The Coca-Cola Company and Energy Brands, Inc. have now settled a class action suit against their product, Vitaminwater. It seems having the nutritional label on the back of each bottle clearly listing the calories, grams of sugar and caffeine content was not enough to offset the “misleading” branding in the minds of a substantial portion of the targeted audience.

Isn’t it surprising to find so many health-driven consumers base their food and beverage decisions on the name of a product alone without any thought to content? If we follow the logic of the complaint, the name and/or tagline of a product is more significant than the ingredients, and therefore should produce the long-term effects of the name regardless of the ingredient list and nutritional index. In other words, Revive should revitalize, Energy should give an energy boost, Focus should restore focus. I’m not going to ask what these consumers believed XXX would do for them. It doesn’t matter anyway. They were deceived by the name, blinded by the possibilities and unable to read the information regarding sugar, caffeine and the 100+ calories listed on the label.

These claims aren’t against false advertising; they’re for greed. They’re about people looking for loopholes and issuing threats that’ll elicit just enough perceived control over a corporation to create monetary results. They’re feigning ignorance to gain a dollar, and the companies are setting a dangerous precedent in caving to such hypocrisy. These lawsuits are saying we as consumers are too dumb to understand commonly used literary devices. Let’s dumb it down, shall we? Let’s just cut all rhetoric out of advertising.

It’s safe to say bears don’t actually use toilet paper in the woods, so Charmin will need to cut those deceptive cartoons. Pigs don’t fly either, so Geico has to stop running those ads, even though the commercials are based on irony. Consumers don’t understand such things. Oh, and think about Trojan. Condoms are not horse-shaped and they don’t burst open to release thousands of soldiers. It’s clearly false advertising. Start the class action now!

Do we really need to reduce the creativity that ignites imagination, and quite simply provides entertainment, just as a safeguard against frivolous lawsuits? If we remove the artistic license from the industry and speak only facts, what will the future of advertising look like?

Charmin: If you wipe, wipe with this toilet paper because no one wants to shake a crappy hand.

Geico: Buy our insurance because it’s the law and we need the customers.

Trojan: These are condoms that prevent pregnancy and STDs as long as they don’t break and are used in a manner that is clearly outlined with diagrams in an insert in the box, that of course has a disclaimer and warning to prevent accusations of pornography because if we outlined the proper use utilizing something as innocent as a banana, people may actually think putting a rubber on fruit is a form of safe sex.

Stop. Just stop. False advertising laws are in place to protect the consumer, not as a tool to manipulate corporations, and certainly not to prove how steeped in idiocy we’ve become.