Talking back to the television. 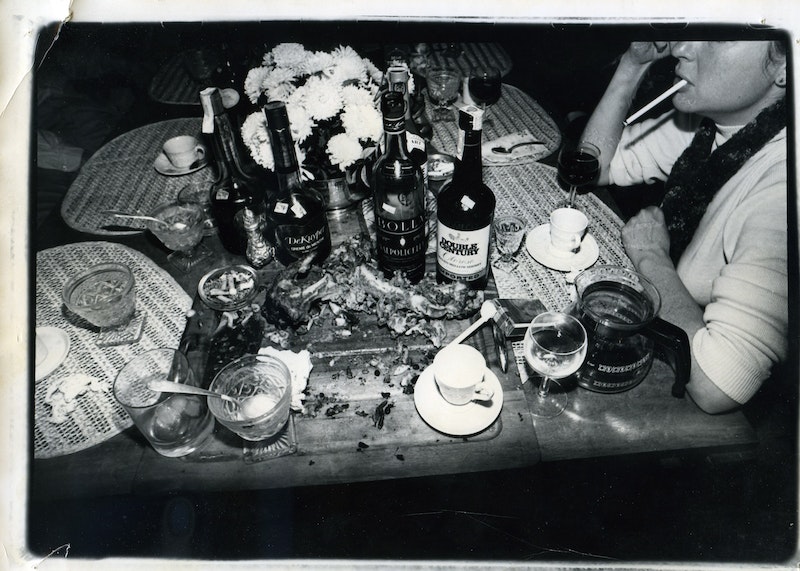 Most of us have morning routines—at least those who don’t inhabit the glorified twentysomething Girls world—and I’m no different. Wake up, throw on cords and shirt, turn on Mac, make coffee, retrieve The Wall Street Journal and New York Times from the front yard, click on Real Clear Politics, see if anything’s happening with the hapless Red Sox, and select a pre-1960 country CD for the mini-boombox. Boring stuff. At some point I take a two-minute shower and talk to myself in reaction to the inanities of The Today Show, which my wife Melissa automatically turns on upon awakening—in the bedroom and kitchen—out of habit. It’s background noise, and besides, I like it when Al Roker, after rattling on about storms and cold snaps across the country, says, “And here’s what’s happening in your neck of the woods.” And then I find out from some anonymous (at least to me) local personality who outlines the weather forecast for Baltimore that day.

Now, the other day I became especially perturbed after exiting the shower. My glasses on the counter, I couldn’t see the TV perp, but there was some panel, moderated by the increasingly tired- and bored-looking Matt Lauer, about losing those pesky extra five or 10 pounds. It’s January, after all, and this qualifies as a key feature story, not just on NBC, but everywhere in the media. My wife and her gym buddies really dislike this time of year, since their facility is jammed with New Year’s resolution short-termers, who hog the bikes and cram the space until they peter out, one by one, until normalcy is resumed, usually by mid-March.

Anyway, an irritating and thin woman was authoritatively speaking about how we, as Americans, even if not obese, are chunkier than current health guidelines would dictate. This one slayed me, and I’m paraphrasing: “Bear in mind that being weight-conscious doesn’t mean giving up dessert! After a light dinner, you can have a bite of cake or pie and not worry about it.” I’m not a dessert guy myself, but if I were, I’d say, stuff it, lady, what’s the point of a bite!

After the panel made lame jokes about the unfair reality that chocolate is fattening—never mind that those assembled probably all have personal trainers—a discussion about why Americans pack on the pounds went on for a few minutes. All agreed that, at least years ago, we were conditioned by our parents to eat everything put in front of us at breakfast, lunch and dinner, that ladling out extra helpings of noodles and stew was an act of love, and that to be a member of the “Clean Plate Club” was something every kid aspired to.

Could be, but that wasn’t the case when I was growing up, as my mom, a disinterested cook, did her best and laid out the table with all sorts of atrocities—rock-hard meat loaf, instant mashed potatoes, Howard Johnson’s frozen salmon croquettes, and one main dish I really liked, her improvised “American Chop Suey”—and didn’t think twice if the food had all disappeared. The remains, after all—at least those that weren’t fed to our dog Scuttle waiting eagerly under the kitchen table—were put in re-cycled TV Dinner trays and frozen for a week later. My mom was a wonderful lady, but preparing meals wasn’t her forte, and what’s more, she didn’t really give a toss. She’d rather read a book. (My father, a New England stoic, would gamely eat what was offered and never once complained; he’d chop off an arm before hurting my mom’s feelings.)

That’s not to say when pretty good grub was on offer, say fried chicken or spaghetti and meatballs, my four brothers and I didn’t load up. But I do remember being taken aback during my first week at college—an institution where most of my friends had gone to private rather than public high schools—a very cool chick from an affluent Connecticut family, laughingly scolded a friend who’d doubled-up on cheeseburgers in the dining hall by saying, “Really, it’s considered rude in polite society if you don’t leave at least some food on your plate.” This was odd, I thought, and asked Paula wherever that idea came from, and she simply said those were the rules.

Okay, so she wasn’t given the “children are dying in Africa” speech, maybe because it just didn’t occur to her parents. And now, when I think about it, the get-thin stories on dumb morning TV shows don’t die once January’s passed, for it’s an evergreen, what with June weddings and summertime swimsuits and proms coming up. Which means I get to keep up my talking-to-the-tube routine all year round. Everybody wins.