Alec Baldwin vs. the Andromorphs

Listening to CBC Radio on a Sunday afternoon. 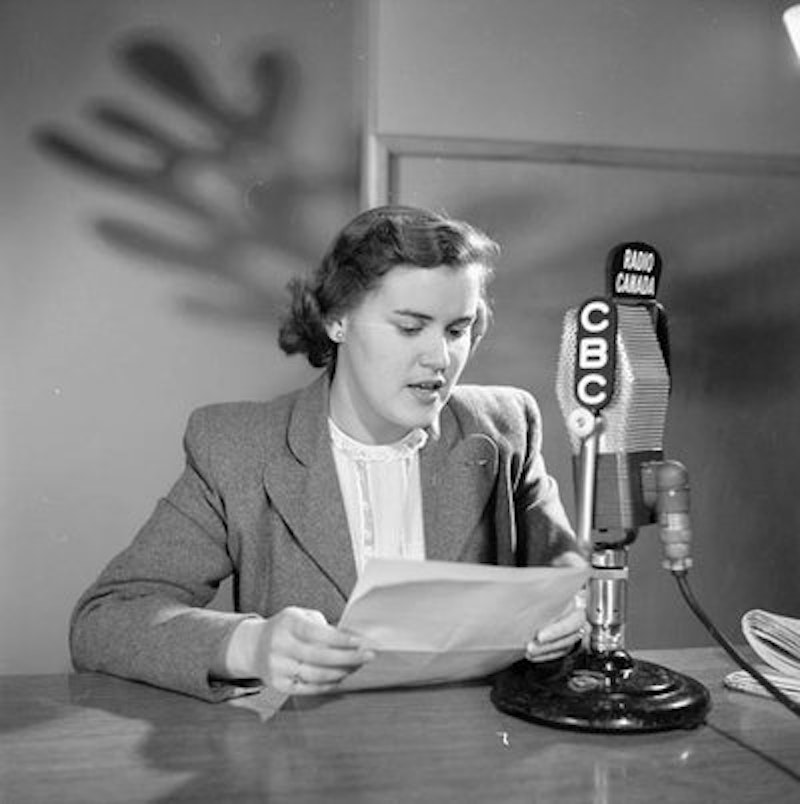 CBC Radio is like this: if you hear someone giving the “always be closing” speech, Alec Baldwin's big speech from Glengarry Glen Ross, it will turn out that ABC means “attunement, buoyancy, clarity.” That's how things go when you turn on the Canadian Broadcasting Corp.

The announcer, or interviewer, is a woman. Her voice has the pleasant Head Girl Scout sound displayed by women who host CBC shows on a weekend afternoon. The guest is a fellow with a reedy, determined voice, a piping voice, the voice of a pencilneck who's trained to get his message out for an audience. He's a psychologist or management consultant, and he tells us about “what works.” Look at the figures, etc.

His specialty is sales. How do you get people to buy? The guest was the one reading the Baldwin speech, and he substituted “attunement, buoyancy, clarity” at the end because they're a list of good things that don't have to do with flexing your muscles or grinding your teeth. Bulling people over, the way Baldwin does in that clip, is no longer the way. Lightness and awareness and a certain possibility of fine adjustment—those are the winning qualities.

The figures show it. Extreme extroverts aren't so great at selling. Who is? People you wouldn't call extroverts but wouldn't call introverts either. They're a slice in between. They don't avoid human contact, and they don't act like they set the rules for such contact. They take in the other person's behavior, and they adjust accordingly. Such people “can calibrate” their reaction, the expert says.

The sales expert calls these people “androverts.” He makes great play with the name, flourishes it, sets up several turns of phrase that remind you of the word's unnatural feel. The effect is risqué, in some obscure, 21st-century fashion. “That's very androvert!” Consider this: Homosexual is a problem word because it sounds like a diagnosis. Androvert sounds like a diagnosis too. But, unlike homosexual, androvert refers to most people. Everybody “mirrors,” the expert says, or most people—people who aren't introverts or extroverts.

For a moment the great mass of normals see themselves as a species labeled with a name. It's the kind of tiny jolt that the French call a frisson. Then it's over and they come away with some news they can use: They're androverts, so they can sell. They can work things out with other people. That's what people do, and each of them is definitely a person. So they qualify.

Gender bit. What goes unmentioned is that old bit of pop psychology lore: women do more mirroring than men. The expert doesn't even bring up the idea to rebut it. This standby insight of white-collar people experts has been written out. But if mirroring is the way to sell, then women may be better suited to the work. Minding your manners and looking to see what the other person does! It's like sitting around a table, drinking imaginary tea.

Characteristic sounds. “...and the school superintendents said 'problem solving.' The business executives ranked it 8th. Number one, what they ranked, there it was: problem-finding… their technique for surfacing problems… five whys… very sophisticated skill, something we develop over time, a very practical method... problems latent beneath the surface.”

Some more: “If either of these answers is no, you're doing something wrong” (for an ethical test). “Confluence between humanistic, good practices and effective practices… The second group, they ended up fashioning better deals, not only for them but for the other side, overall better deals.” Then, a real trumpet blast for his reedy voice: “And the thing is, we do it NAT-urally.” That's when he's winding up.

Finish. The announcer thanks him. He says, “Norah, it's always a pleasure to talk to you,” and again his voice is up. It's the kind of moment that reminds you why you thought he was nasal. This is where it comes out, when he has to lean into the pitch. A similar moment from along the way: He says the androverts, they can face up against extroverts in sales and “kick their butts.” There you get the pure pencilneck sound.

Of course, the interviewer is the sort of person who makes you think “kick their butts” does sound a little risqué. “Heh,” she says when the sales expert hits such moments. That's as much echo and affirmation as she gives him: a “Heh” that barely exists. She's not being mean about this. That's as far as her design takes her; she can do more. When you hear the “heh,” it's like she's displaying just enough of her voice to demonstrate that there's a nick in it. But such is what you hear on a CBC Sunday afternoon.