Day-after IVs should come with some hard thinking about what got you there. 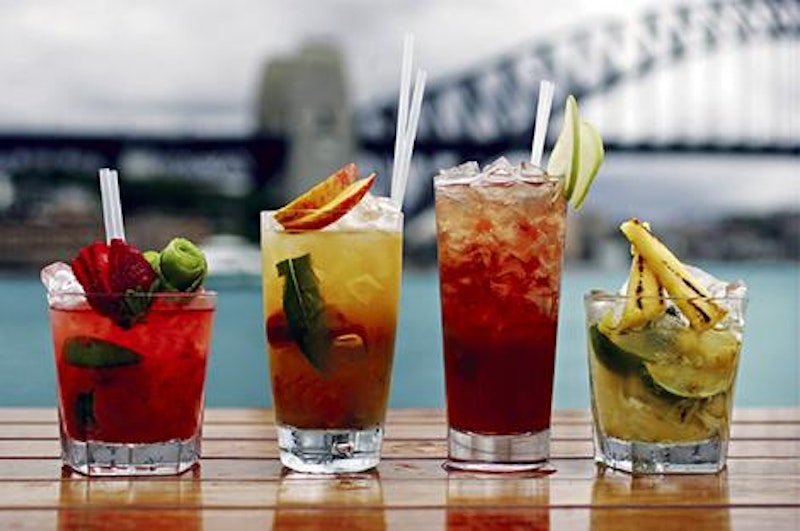 Dr. Rahul Khare, an emergency medicine doctor at Northwestern Memorial Hospital who has treated his share of inebriated patients, confirms that the treatments work. "In reality, hangovers go away by themselves. But these clinics can make you feel significantly better in a shorter amount of time," cutting the recovery by two to three hours, he said. Dr. Khare says most people will feel better within 30 minutes of receiving fluids and medications.
Such clinics are not new. Las Vegas has had a mobile Hangover Heaven bus making the rounds for a few years now. Nor is the treatment particularly complicated: an IV of saline solution and vitamins, and maybe an anti-nausea pill to boot.

In Las Vegas, Hangover Heaven makes sense; it befits a town built on wild excess, where despite its 1990s remake into a sort of family-friendly, adult Disneyland, we all know the motto is still, “What Happens in Vegas, Stays in Vegas.” Hangover Heaven is one more ridiculous thing in an utterly ridiculous town. In Chicago, though, Remedy is perhaps just another reminder that we have things a little too easy around here—or worse, that we've finally lost all sense of personal accountability. As someone who has spent a fair share of mornings (and afternoons) lying on the couch, head-in-hands, trying desperately to keep down that last sip of Gatorade, the idea of a quick IV cure is a little depressing. You're that hungover because you really are that stupid—no, anything with 101 on the label is not supposed to be taken as a shot; no, red wine, whiskey and Jägermeister don't mix well, and so on. These are valuable lessons, paid for the next day, and hopefully learned only once—because any more than that and you probably need more help than the hangover clinic can provide.