I’ll Take Half The Thin Mints

Girl Scout cookies have been around for a long time. 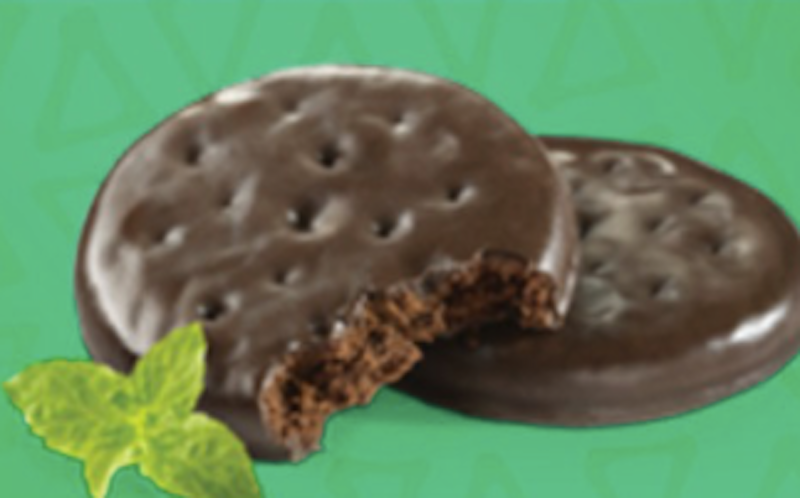 Media outlets across the country are reporting the latest crisis related to the pandemic, and the supply chain. This time, however, the issue isn’t the inability to get a product, but a glut, an abundance, an overstock.

There are approximately 15 million boxes of Girl Scout cookies sitting unsold, in warehouses, community halls and living rooms. When I was first diagnosed with Type 2 diabetes, I told friends and family, “I guess I can’t fire down a whole sleeve of Thin Mints anymore.” I’ll accept that. Moderation is key.

The Girl Scouts of America sell about 200 million boxes of cookies in an average sales season, so being stuck with 15 out of 200 doesn’t seem too bad. But if we do a little math, and say there’s an average of 24 cookies in a box, that’s 360 million cookies.

There are two main suppliers said to be sitting on 12 million boxes of cookies. Little Brownie Bakers based in Louisville, Kentucky, and ABC Bakers, headquartered in Brownsburg, Indiana are licensed to make millions of cookies for Scout distribution, as well as their own products.

There are 12 varieties of Girl Scout cookies, and Thin Mints are the most popular, with Samoas/Caramel deLites second, and Tagalongs/Peanut Butter patties third. I’m willing to throw my Splice Today earnings behind a national effort to “empty the cookie pantry.”

I use this terminology for specific economic and supply reasons. My Irish friends explain that periodically certain commodities would be overstocked in Ireland, which led to some interesting naming conventions. When the dairy industry found itself awash in product, the resulting condition was known as a “butter mountain,” a phenomenon experienced in the EU as recently as 2009. Government intervention caused the problem, when policies were put in place to stabilize prices. There were also instances of milk (and wine) “lakes,” and grain and beef “mountains.” We’d have to invent a very large jar to hold 15 million cookies, hence, “pantry.”

Girl Scout cookies have been around for a long time, perhaps beginning as a way to support the American military in 1917. In 1922 a Scout mother estimated the cost of ingredients to make about six dozen cookies to be somewhere between 26 and 36 cents. I bake cookies myself, but times have changed. Individual councils make their own pricing decisions, based on “its needs and knowledge of the local market.” My experience, in Western New York, is that cookies sell for $4 a box, but I have heard that some areas charge $4.50, or even $5. Given that a package of Chips Ahoy at the local supermarket is about $3.25, and we’re supporting a fund-raising effort, the tariff doesn’t seem unfair.

There’s an exception to the Girl Scout Cookie glut. The local CBS outlet in Boston reports that their area is sold out. Scouts of Eastern Massachusetts completed their sales period in March, and “does not have… excess inventory.” They say they sold a record number of packages online, and that buyers also purchased large amounts of boxes which were then donated to local charities.

The bakers say the cookies have a shelf life of 12 months, so online sales efforts will continue, including a new program called “Cookie Care,” meant to boost distribution so that the 111 local scout councils don’t take a financial hit from the loss of in person sales due to COVID. I’ll take some Thin Mints. They’re really good, frozen.