I’m all lost in the CVS pharmacy, can’t shop happily. 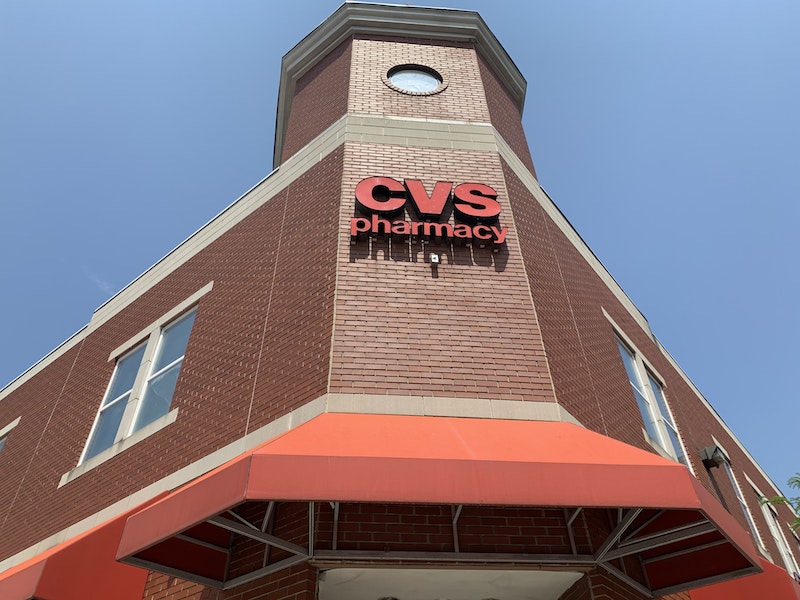 It was a scene—a standoff, near-siege, breach of liberty—that occurs every day in the United States now, red, blue and purple states in unison, and I happened to be in the middle of one last Friday.

It’s incidental, but the day didn’t begin smoothly, as I sat down in front of my PC at six or so, and the swivel chair collapsed, and not only was I sprawled out on the floor, arms bruised, but the pile of books and CDs on the floor went flying (a plus was that in the clutter, a King Krule CD I’d been looking for rose to the top).

I found a couple of the errant screws, but couldn’t figure out where to put them, so went downstairs and absconded with a kitchen chair, which my wife—punctilious about such matters—noticed right away. Fortunately for me, she’s the family’s mechanic, and I was soon back on track, reading with disgust about the latest Yankees and Tampa Bay Rays victories. (I keep waiting for the Red Sox to turn into a pumpkin and lose 14 straight, but my team is a weird one in 2021—not unlike 2013—so it’s entirely possible they remain competitive, and Chief Baseball Officer Chaim Bloom makes some creative acquisitions at the deadline. Or maybe they’re done by the end of June. As an Athletic writer might say, “That’s why they play the games.”)

Soon it was off to GBMC in Baltimore County, for my annual physical, usually a routine exercise (until it isn’t), which, while not a favorite appointment, does afford the opportunity to gab with my doctor and his two staffers, all of whom I’ve known for years. This time, however, I was kept waiting in an examination room, fiddling with my cell and hearing this very loud lady complaining about everything known to man—or woman/person—and a half hour later the doc came in, rolling his eyes (he’s diplomatic) and apologizing for the tardiness.

Then it was off to my lower Charles Village office, and after attending to some business (whoring Splice Today articles on social media), ducked out to walk a block to CVS and refill a prescription, a task that’s usually lickety-split. Instead, there was a pharmacist I’d never seen before, assisted by just one young lady, and he was befuddled, saying the “tech staff” had walked out in protest over who knows what, and that I ought to call before returning to pick up my order. Ninety minutes later, I did just that, was on hold for 30 minutes, so I returned to what’s derisively called—inaccurately, in my opinion, considering this area is hardly one of Baltimore’s far too many hot zones—the “ghetto CVS.”

I expected a 10-minute wait, but holy cow, the bedlam going on as I entered was nuts, way out of control. The line for picking up scripts was eight-deep, and everyone was boiling. The carping and bellowing didn’t cease—as a daydream believer, I temporarily kept quiet out of respect for the besieged pharmacist and his helper, who said it was “the worst day of my life.” (I held my tongue, but thought, darling, you’ll have many far worse days.) The pharmacist was drowning, crashed the computer system, and while he tried to rectify that, a woman in front of me, with a young daughter in a back brace, lost it, saying, “I’ve been here for two hours, and Sarah needs her pain medication NOW, and what the fuck are you doing?” She received a round of amens from the assembled (a mixed group, since pharmacies, airports, USPS offices and hospitals, for example, are equalizers), but that escalating exchange was broken up when another customer yelled out to a front-of-the-store cashier, “Those two men are stealing a load of stuff!” The store manager appeared—a tough cookie who usually brooks no thievery—said, “There’s nothing I can do, the security man walked off the job, and it’s not like the cops will do anything.” I could see in her zoned-out eyes that she was counting the minutes until her shift ended and she could relax—outside, of course, since Baltimore City isn’t relaxing any Wuhan Virus rules—with several margaritas.

That commotion dispensed with, it was my turn at the counter, after over an hour (by the way, I go along with the program of wearing masks inside a store, out of practicality rather than “I’m doing this for you” horseshit), and was about to give up—I had a ride waiting—but the pharmacist said he was going the extra mile to do me right, and I saw him measure the pills, affix the label, and thought I was ready to bust through the finish line’s yellow ribbon. But no! Because the computers wouldn’t communicate with each other, it said my insurance company—the arrogance and bumbling of which is another story—had denied the claim, even though I’ve received the same medication for years.

I was starting to lose my wits, and, not wanting to add to the limited staff’s grief, said I’d return on Saturday. Which I did, and the regular gals were back, but the damage hadn’t been fixed. I do go on, but the end result was that Sue, who said it was unlikely my agent was available by phone on a Saturday (one might think that in today’s Wuhan environment, insurance companies wouldn’t keep a country club schedule, but that would be naïve), so I’d better come back on Monday. As it turned out, she figured it out and called me at home an hour later saying my order was ready. In conclusion, it wasn’t an all’s-well-that-ends-well kind of moment, but it was over. And sweet sweet Sue ain’t no rag doll.

As I noted above, this happens every day, and I was reminded of that on Saturday when I read Thomas Fuller’s gallows-humor story in The New York Times about the theft epidemic in San Francisco. This cracked me up: “Soon after moving to San Francisco in 2016, I walked into a Walgreen’s in North Beach to buy an electric toothbrush. As I was paying for it, a man walked into the store, grabbed a handful of beef jerky and walked out. I looked over at an employee, who shrugged. Then I went to a Safeway next door for some groceries and I saw a man stuffing three bottles of wine into a backpack and walking casually toward the exit. I asked the Safeway clerk about the thefts. ‘I’m new to San Francisco,’ I said. ‘Is it optional to pay for things here?’”

Fuller went to describe the far-worse conditions in that city today, and that 17 Walgreen’s had closed, because the robberies had, according to a Walgreen’s representative at a Board of Supervisors meeting, “made business untenable.” Because of its prominence, San Francisco gets exaggerated attention in the media, but I’d bet a Hamilton (if it’s not pickpocketed first) that retail stores across the country are in similar straits, and there’s only so much that insurance companies will endure, which means that stealing might soon become treated as an “act of God,” with claims getting rejected. Partly, it’s a labor problem, a buyer’s market, and that could be partially solved by a sane immigration policy—which Biden and his Democrats have no use for, parroting the disgraceful GOP nativism for the past two decades—which will only get worse, especially with the “defund the police” crowd still yammering from sea to unprofitable sea.

It reminds me of a 1988 incident in Soho, a summer Sunday, the streets teeming with dollars-hanging-out-of-their-pockets tourists, when I arrived at the first New York Press office at Broadway and Spring for an afternoon of work. I approached the building and saw a young fellow calmly smash a car’s window, remove a radio and assorted junk, and then walk down the street with his plunder. The city was a mess back then—overflowing garbage, routine muggings, streetlights that didn’t work—but this cocky robbery was something to behold. Cindy Adams, as many remember closed her New York Post column with “Only in New York, kids, only in New York.” That tagline is no longer confined to NYC.