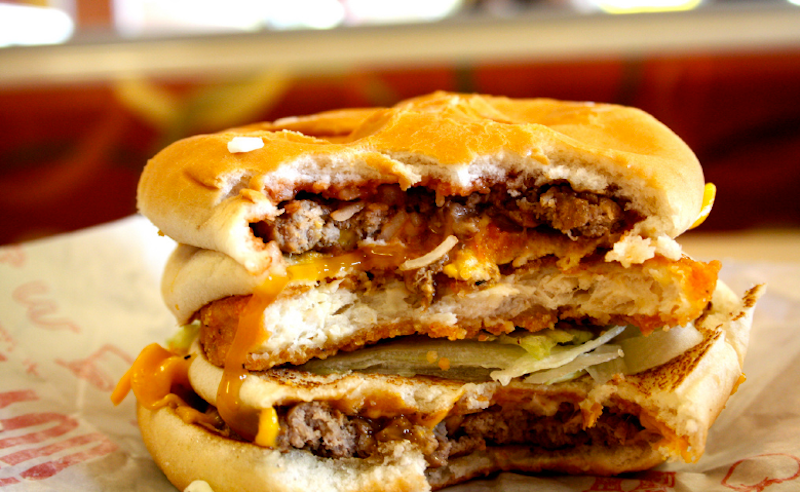 Some patrons go to the local McDonald’s for breakfast, others for the awful Chicken McNuggets and still others for senior coffees and conversation. I go for the Wi-Fi, and usually buy something in lieu of payment for the table where I type away. The other day, I had a piece to write, so I brought the ASUS notebook and went to order a McRib sandwich meal.

“What size?” asked a petite late-teen/early twentysomething girl behind the counter. Small, I replied, but that turned out to be a big deal. “It only comes in medium or large,” she said, and waited for my order. I asked her, doesn’t that logically make the medium the small? She gave me this look. If I read it right, her face said roughly, “Mister, I make minimum wage. At McDonald’s. And it’s near the end of my shift. Don’t try to be quarrelsome or clever, or I’ll cry on you.” So I gave the poor girl a break, backed off and ordered the medium.

Now, it still doesn’t make sense to me that I couldn’t order a small. It used to be, if you wanted fries with that, you could order a small fries and correspondingly small drink with that. The size hike may have something to do with McD’s lowering of all fountain drink prices to $1. When McDonald’s workers ask me what size drink I want, I now say “whatever” or “ doesn’t matter,” and it doesn’t. With unlimited free refills of Diet Dr. Pepper right there, worst case scenario is I end up making a few extra trips to the pop machine.

It’s surprising that McDonald’s would engage in size wrangling of this kind given the success of filmmaker Morgan Spurlock’s Super Size Me, the 2004 grossout documentary of how he supposedly gained 25 pounds by eating at McDonald’s every day for a month—an impressively grotesque result that others have tried and so far failed to replicate. In response to Spurlock’s and others’ efforts, the fast food giant now includes calorie counts for every item on the menu.

Give McD’s this much: at least they have somewhat intelligible if inaccessible sizes. When I go to Starbucks and try to order a small latte, the bemused baristas ask if I mean a “tall.” According to the company’s website, espressos come in short, tall, grande, vente and vente iced sizes—eight, 12, 16, 20 and 24 oz respectively—and brewed coffee adds the 31 oz. trenta on top of that. The Woods, a local coffee chain, offers its own tortuous twist: a woodland size scheme. Lattes come in spruce, cedar, redwood and giant redwood gradations. That’s great for Boy Scouts, and a stiff middle finger for those of us who never got around to earning our wilderness survival merit badges.