How to Get Rid of a Couch

Bay Area solutions for getting rid of a couch. 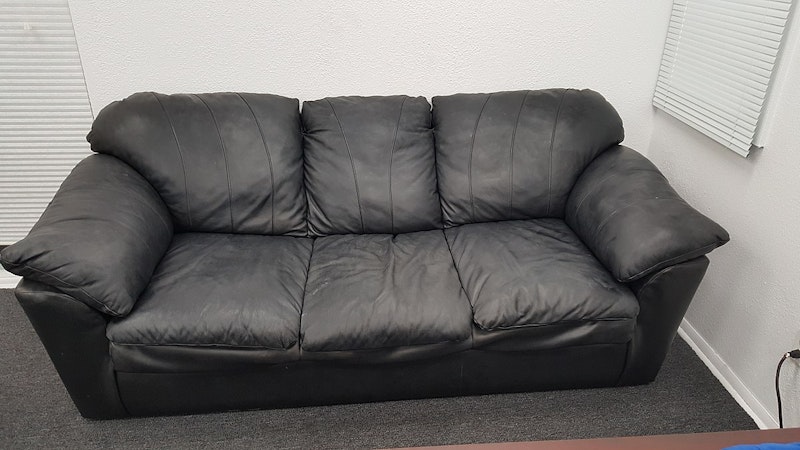 A woman on Nextdoor asked her Bay Area neighbors if there’s any other way to get rid of a couch than bringing it to the dump. I have a few solutions.

1. Take the cushions off the couch. Remove the covers. Dig into the stuffing. Leave some stuffing by some tall trees. This is just the beginning.

2. Get a baseball bat or a pool cue. If you’re alone, swing the bat/cue like an axe, bringing your energy down on the back of the couch 50 times. The couch will probably absorb these blows without much damage. You may get exercise and even exorcise some demons. Sort of like primal screaming.

3. When you pass anyone who lives on the street, mention you have a free couch. If you don't want them sleeping on the couch near your home, you'd better move the couch to a neutral site first.

5. Just leave the couch where it is. Why do you want to get rid of it so badly? It must have some positive memories buried in it.

7. Are you sure you even have a couch? Maybe this "couch" is just a memory of a couch. Maybe you’re sitting on a beanbag chair right now. Inspect your surroundings before assuming you really do own a couch.

8. If you have enough open space outside of your home and a fire extinguisher, you could douse the couch in lighter fluid and spread old newspapers on it and take a flame to it. This may not work. Some couch cushions are flame retardant. Or flame averse.

9. Ask a couple of big fellas to carry the couch to the nearest river. Everyone loves sitting on a couch by a river. You might make some new duck friends.

10. Some people call them sofas instead of couches. Loveseat is the name for a mini-couch. Two large people have trouble fitting together on most loveseats. When this happens they call them hateseats.

11. Think of all the couches you’ve ever sat upon. Rank them. This could take you the rest of your life and then you'd never have to think about your couch problem again.