The problem is beyond Black Friday. 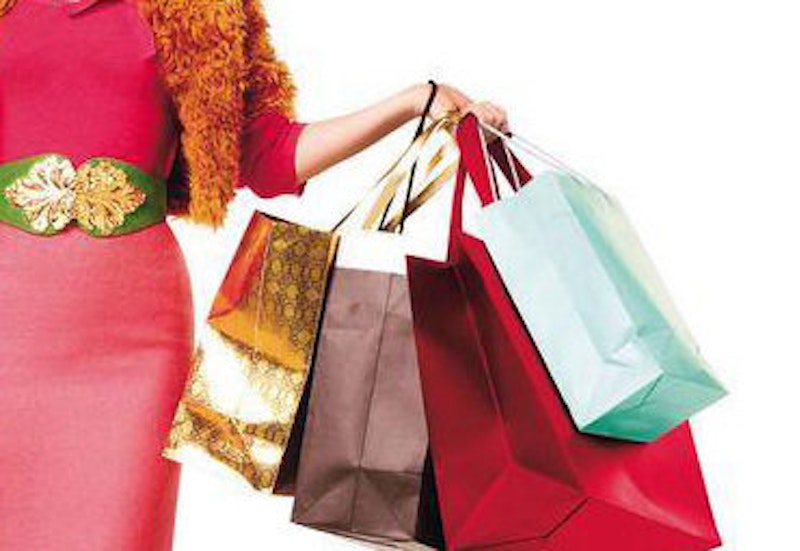 Just about every blogger on the Internet has commented by now that Black Friday is awful and directly subverts the message of Thanksgiving. Its “celebration” says, in effect, “Why be happy with what you have and the people who love you when there are massively discounted Playstations at Best Buy?” But the problem isn't just with Black Friday, since it's only the beginning of the holiday shopping madness. The whole winter holiday season has become a monument not just to materialism, but also to ingratitude as well—the precise opposite of its supposed purpose. I'm not entirely sure who's to blame.

The easy way out is to point at big box stores and media conglomerates. Corporations have been warping the assorted solstice celebrations for decades now, going back to when Santa endorsed Coca-Cola. But this past year was the most overtly commercial holiday season in my memory, with TV and print ads that blatantly told us how to be superior gift-givers—followed by post-Christmas ads that assume we didn't get anything we wanted and/or what we did receive was inadequate. (I'm looking at you, GameStop, and your exhortations to “Get What You DIDN'T Get.”)

The TJX Companies group is probably the worst. Their ads, always predictably hateful, took an especially petty turn with two December spots featuring “The Gifter,” a woman who got her shopping locked down by going to TJ Maxx/Home Goods/Marshall's. “She doesn't get no-names,” growls the gratuitously dramatic voiceover, and “she doesn't give ordinary” either—only the flashiest new products from other multi-billion dollar corporations will do for the lucky folks on The Gifter's list. One spot ends with the call for viewers to “outgift everyone,” a foul demand that turns gift-giving into a scored competition. Are we really just trying to feed our egos by being aggressively generous? Hard to believe that just a month earlier, Americans sat down to eat a meal together and be thankful for the things they already had.

But maybe it's not the companies' fault. Maybe it's us. I spent Christmas Day with my girlfriend's family—her mother and younger sister. Sister's gifts included a new coat, which closely resembled her old one; this was a Mistake. She did not want a puffy jacket. An awkward yelling match ensued, as Sis insisted this meant her mother didn't really “know” her, even though the truth was that the coat she wanted was sold out. I sipped my wine, stayed quiet, and reflected back to the time I'd gotten a present from a friend that I didn't want. He'd given me a book I already had. I told him so in front of my whole birthday party, an act that made my father take me out of the room for a lecture on accepting all presents graciously. That talking-to turned my mind around, but if I hadn't received it, I would have just stayed upset that I'd been denied one more chance to get something new.

At Christmas, saying nothing about the situation was the diplomatic thing to do, since Sis had just given my girlfriend and I a new Wii. It was the old “lite” version without the bells and whistles of the new Wii U, and with no support for the excellent GameCube controllers we both prefer, but still great! I was already planning what games and accessories to pick up for maximum enjoyment. When I asked online for recommendations later that night, though, I got several incredulous responses from people who couldn't believe I'd gotten such a shitty gift. “Why would they give you a seven-year-old console?” one inquired. “Do they hate you?”

Because that's what it boils down to, in our increasingly black-and-white world: if you don't buy all the newest, shiniest items for your friends and family, you must hate them. Why else would you get them a warm sweater from the L.L. Bean catalog, or some used books by their favorite author? It's the accumulation of material goods that counts in life, or hadn't you heard? Even if the blame lies with the corporations who have sponsored this departure from gratitude, we're subscribing to the changes wholeheartedly; people mobbed stores on Thanksgiving this year to get their deals, skipping the holiday entirely in spite of planned boycotts. Inside of 10 years, I expect we'll stop celebrating Thanksgiving here in America altogether, and just celebrate with a full month of screaming at each other about how good we are at being grateful.