Garden Fresh is Worth the Hassle

Growing veggies is like having kids. It’s a lot of work. 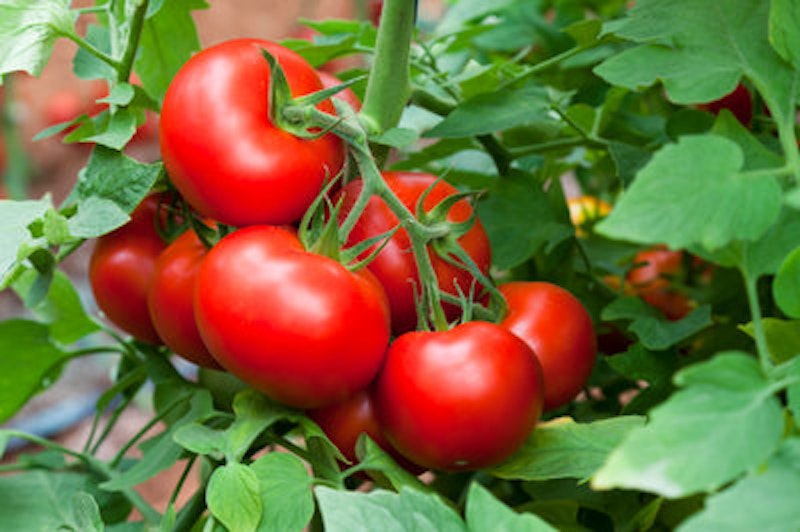 After freaking out about the GMO’s, the increased use of pesticides on crops and the pathetic stripping down of the 2013 Farm Bill, I decided to take the matter of eating into my own hands. I planted a garden.

I was sitting in the parking lot at Bagel Bakery one day and spied some perfectly good wood in the dumpster. Thinking I had struck gold, I was on it in record time. Unfortunately, loading long slabs of 12-foot lumber into a Subaru is not an easy feat.

A scratched up dashboard, a gash in the carpeting and one bleeding finger later, it was in.

I tied the trunk down with a pink ribbon I found in my glove compartment and drove home, a wounded but proud dumpster diver.

My husband built a box for a raised garden with the wood. We ordered a boatload of dirt and sweated out shoveling for hours. The next week we went to Lowe’s, bought some seeds, came home and planted the garden. Then we watered and waited.

We’re still watering but not waiting. Now we are watering and weeding. Great gardens are not made in the shade. No, they are made in the hot 90-degree summer sun. So weeding is exhaustive, hot and sweltering. Some days, I walk in from the garden, with a basket full of beautiful vegetables, but I can’t really see them. I’m too dizzy from the blurred vision and sunstroke. Once it’s all weeded, we get the monsoon rains that this season has seen. Weeds love rain so I am reduced to watching again. Watching the weeds take over and the process begin again.

The tomatoes are big and orange, the lettuce is racing wildly in all directions, the onions are popping up and I just harvested the first green pepper. I’ve never eaten so many radishes at one sitting and finding radish recipes is a search in futility, so raw is good.

Especially the lettuce. I rinse it repeatedly under water but all the leaves fold in half and over themselves. So I gently unwrap the greens, but there’re still little bits of dirt lingering. I try not to have gritty lettuce but sometimes it’s impossible to get every speck. It’s a very weird feeling eating dirt, but I’m getting used to it. Adds a nice crunchy touch to a salad.

So, having a garden is sort of like having kids. It’s a lot of work. There are less than one million small farmers left in the U.S. With the new genetic seeds being forced on the growers, they are finding themselves using more and more chemical pesticides on the crops, which we in turn ingest.

The largest buyer of food in the U.S. is Walmart. Big business likes to buy in bulk and our small farms can’t meet the demands. But corporate farms can. Unfortunately, they create havoc with the environment and mass produce genetically engineered crops, presenting numerous health risks. Gardening takes sweat equity and hard work. But if I can keep corporate farms and other scary U.S. corporations like Monsanto and Syngenta off my kitchen table, I’m willing to sweat.