For a Few Cutlets More

Stuck in Massachusetts with the Quibbits family, I learned even more about the world from a bird’s eye view. 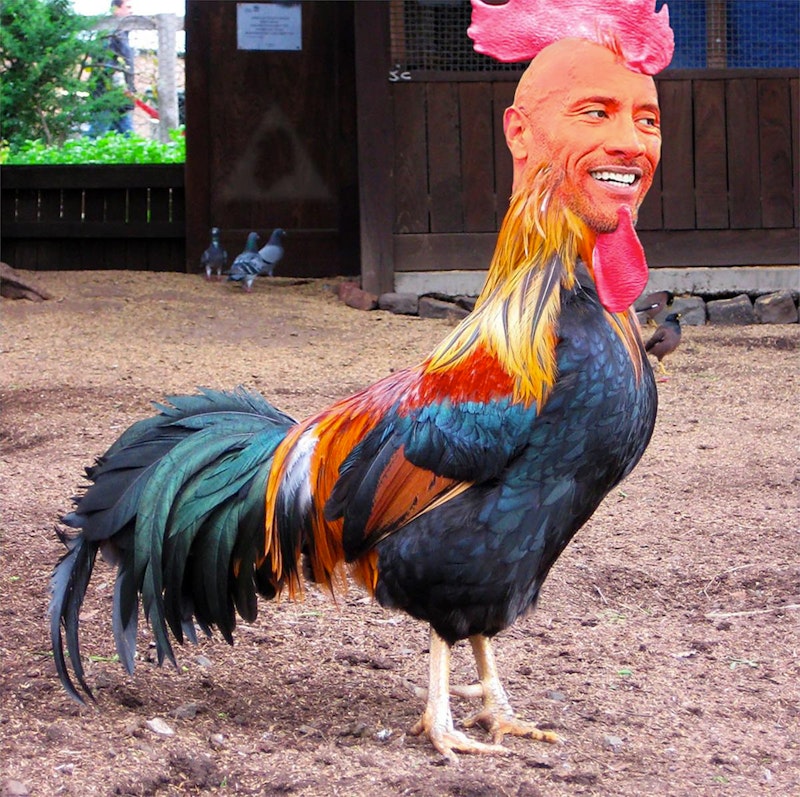 I didn’t make it back to Baltimore yesterday. Or Wednesday. Or the day before. In fact I’ve been in New England for over a week, stuck at the Quibbits family residence due to the pandemic. All trains and buses have been cancelled, I don’t have a car, and I can’t find any cabs or rideshares out here. They really live out in the middle of nowhere… I’m amazed they even have an Internet connection. Cell service is spotty all the time, and the primary Quibbits phone is a clunky landline dating from the mid-1970s at the earliest. It’s bright pink and sticks out in the otherwise deep dark brown of their cabin.

Readers and fans of the Quibbits are owed a description of their property. Without revealing their exact location, it is approximately 50 miles away from the nearest city, and the adjacent town is close to an hour walk. This time of year, it’s cold, windy, and full of rain. When you reach their cabin over the road and under the brook, you see three lights: red, for Rooster’s room in the upper left; yellow-white, for Monica’s studio on the bottom right; and strobing rainbows from Bennington’s basement EDM setup in the basement. He hasn’t dropped the bass since 2011, but still hangs out down there, and he’s always left the lights on, and they shoot high into the sky… shoot, some say you can see the light show behind the Walking Tall billboard. But hey—did a shrimp fry this rice? Please…

When I get off my final connection (a local bus from the Greyhound from the Amtrak from the MARC from a taxi from my house from my bed from yesterday from the grave…), I walk a lonely road until I see a billboard for Walking Tall, the movie from 2003 starring Dwayne Johnson. “I preferred Mort Briskin in the role, honestly.” Monica always tells me this whenever she picks me up from the bus in her buggy, usually stolen. I tell her “that’s interesting” and wait with fingers crossed that she won’t get mad, because when Monica gets mad and she’s driving she takes it out on the road. Let’s just say she’s hit and run a few in her time…

But when I’m on my own, I can’t access their property. The tunnel is private and invisible to the naked eye—which is a shame because the hill I have to slide down behind the Walking Tall billboard isn’t paved. It’s a rough ride but that’s why I wore my Mac and a big floppy rain hat and galoshes for safari exploration. I assured the birds before my visit that I wasn’t sick, but I haven’t been tested, I don’t know if I have the antibodies. “Well, Nicky, you’ll just have to go around licking toilet seats in gas station bathrooms like the rest of us.” I briefly flashed on my last visit, at the beginning of March, when Monica took her sweet time at the highway Sheetz while I ordered a turkey sandwich (they don’t mind, they hate turkeys).

When at the Quibbits residence I’m rarely sober. Even if I beg off Rooster’s insistence on sharing his opium, or his crank, or his 5000mg marijuana edibles, just standing in the Quibbits home is a psychedelic experience. Once you get over the fact that these are three talking, sentient, creative chickens (which can take a couple of years), you’re still left to deal with the supreme sensory overload of their home, which is crammed with hundreds upon hundreds of years of souvenirs and junk. They’re not hoarders, they’re just really, really old.

Rooster, don’t you think this is dangerous? All those issues of Puck are about to fall over and the fireplace is less than a foot away… shouldn’t you maybe considering storage or junk rem—“NO! Never. You sound like my wife and cousin. I’m not throwing any of this away. I can keep it. I control it. It’s my domain. I don’t wish to rule over others but I must have my sanity, and to be sane I must be in control. Leave my boxes alone.”

I didn’t press the issue, but Bennington chimed in, completely loaded. “He’s just mad he never got published in there.” Rooster shot him a look. “At least, not anywhere but the readers’ feedback section.” He started cackling, and Rooster fumed and stormed upstairs. Bennington was still laughing as Rooster turned in for the night, having only made 500 pages progress on his memoir during the day.

“He’s just stressed out,” Bennington told me. “No one knows when this will end. Publishing books is risky now, even when everyone’s reading. I don’t even think the new Ottessa Moshfegh or Charlie Kaufman novels are coming out this year at all. If you want, you can grab a galley of Antkind, it’s downstairs.” I asked Bennington why Penguin-Random House would send him an advance copy of Charlie Kaufman’s 700+ page debut novel. “They didn’t,” he told me. “I stole it from Rooster’s mail. He doesn’t even know he has it. Vulture wants him to write a pan, for some reason. I’m not sure why, what little I’ve read is pretty impressive.” I smiled and told him how proud I was that he learned to read. “Don’t be fresh,” Bennington snarled. “You’re not my friend, either.”

Monica didn’t have much to say, either. What else has happened anyway? We haven’t been able to do anything here. Luckily, this property is so big that the birds don’t have to see each other if they don’t want to. “I only see my husband at night,” she told me, “and even then I have nothing to say. I miss my friends, my life, my routine. Rooster has been able to adjust to isolation much better than Ben and me. Amy Goodman has been the only stable presence in my life. I love Democracy Now and I love her show. She reminds me of an old friend, I think her name was Jacqueline… anyway she was a parakeet with a hairlip, so you can imagine the hell she went through. Amy has more confidence, though. But her show scares me, because she reports the truth. It’s not fake news, like that weird ‘Anon’ podcast Rooster keeps talking about…”

Monica went on for hours, and I couldn’t get a single word in. Eventually I got up and went to the guest room—luckily, the Quibbits guest room has wi-fi. We’re not quite in the third world yet, but it is dystopic. “Oh, Nicky,” I heard Monica call behind me as I went to bed, “don’t forget to pray.” I told her I wasn’t planning on it. “God is Great,” she told me. I said the same, and slept for a blissful 12 hours of absolute nothingness, total ignorance and peaceful inertia. What a wonderful world this could be…