Five Things To Do In New York This Summer

There's nowhere like New York in the summer and there's no excuse to miss these free events, whether you live in the city or are planning a visit. 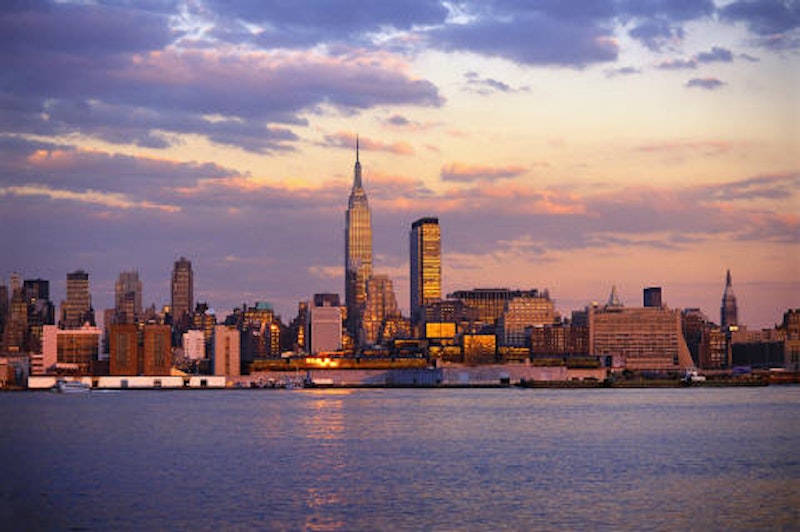 New York transforms into a giant playground in the summer. Bankers, students, and Yoga instructors roam free, frolic, and take the city and its public spaces back in unconventional ways. Because there’s so little space and even less room to breathe, summers in New York are about the pop-up—pop-up parks, pop-up concerts and pop-up dance parties.

With all this popping-up going on, everything seems more exciting during summer in the city. Interns, college graduates, new graduate students, newly employed, dropouts, runaways, tourists, and people who have always dreamt of living here flock to the city in droves. But then there’s everybody who already lives here, all hoofing it to their business meetings or art therapy workshops in varying degrees of nakedness—like the three dudes who insist on BBQing in their Speedos in Mccarren Park, or that one lady who got stopped by the cops for walking around the Bowery without a bra!

For all its debauched fabulousness, there’s too much going on, and no matter what you do you’re still missing out on something even more fabulous. Would you prefer to take flying trapeze lessons or float in an antigravity Yoga class? But—wait!—that’s at the same time as the free Patti Smith concert…

If you’re planning a trip to New York this summer, or if you live here and are having visitors, here are five fun, absolutely free, things you can do.

Catch A Movie Under The Brooklyn Bridge

Remember drive-in movies? You’d roll up in your (parents?) Mercedes C-Class or your Mustang drop top—date next to you, blankets in the back—and watch a movie under the stars. But nobody has a car in New York. So instead, try a free pop-up movie in one of the cities many parks, everywhere from the tennis court in Mccarren Park in Williamsburg to the underpass of the Manhattan Bridge in DUMBO, Brooklyn. You can catch a flick every Thursday night through September 1 at Brooklyn Bridge Park. Just imagine watching Breakfast at Tiffany’s (August 11) in the dark with a thousand strangers and Lower Manhattan in the backdrop.

So there’s this thing called the No Pants Subway Ride, which is exactly what it sounds like. On a specific day and at a specific time, thousands of New Yorkers get together to take their pants off in unison on the subway, and walk around the city like nothing’s up. Check out the videos on YouTube if you don’t believe me. The whole gig is run by Improv Everywhere, a New York-based prank collective that makes people’s ordinary commute home or grocery shopping that much more amusing. This Saturday, July 16, they’re holding the 8th “MP3 Experiment.” The MP3 isn’t available until later tonight, and you’re not supposed to cut it on until tomorrow at exactly 8:30 p.m., so don’t even try it.  At 8:30, you go where you’re supposed to go and turn the sound file on and do everything it tells you to do, with thousands of other people! Video below.

Cory Arcangel is a fascinating digital/new media/technology artist and prankster, and his shenanigans/solo show Cory Arcangel: Pro Tools are currently on view at the Whitney Museum of American Art on the Upper East Side, through September 11. The centerpiece of the show, Various Self Playing Bowling Games (2011), is a virtual bowling alley and historical record of video games ranging from the 1970s through the 2000s. Only a 21st century artist could turn the Whitney into an arcade, which is exactly what it sounds like when you get inside the gallery. Another series of works in the show are the Photoshop paintings, where the artist has used Photoshop to create large scale “paintings.”  If you look at the works and immediately think            “I could do that,” then you got the point.   TIP: The Whitney is “Pay-What-You-Wish” every Friday from six-nine p.m. One time I went and I actually paid a nickel.

Take A Walk On the High Line

The High Line is New York’s newest, most beloved park. It was once an elevated commercial railroad that has been spectacularly repurposed into an urban oasis. The first phase opened in the summer of 2009 at the mouth of Gansevoort St. in the Meatpacking District. The second phase opened just a few weeks ago, and takes you from 23rd St. up to 30th St. On your mile-long stroll, you’ll be treated to unparalleled views of New York City, patches of grass, “wildlife,” “trees,” and the views into hotel rooms while people have sex are pretty cool, too.

Go to the Secret Pop-Up Picnic on August 25

Paris has been hosting a pop-up picnic—the so-called Dîner en blanc—since 1988. Every year, thousands of Parisians have shown up, dressed in white, with their own food, tables, and chairs to dine in the company of thousands of strangers. The pop-up picnic has played all over the world, from Paris and Lyon to Amsterdam and Berlin. On August 25, for the first time, New York gets its own pop-up picnic, so everybody get started on your curry chicken salads. At this point, the details of the New York picnic are pretty secret, and only people who’ve been invited will know where to go when the time is right. But get on the waiting list here to join in on the fun!