The Audacity of Netflix 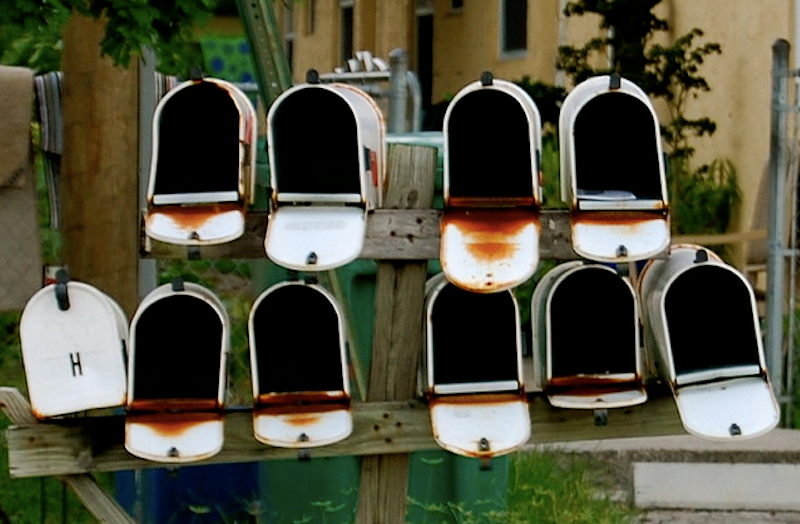 Not long ago, we could drive to our local over-the-counter video store, plop down four bucks for a new release and return it on the next Tuesday having watched the feature with the sure knowledge that along with the initial rental price, we’d now owe enough in late fees that we’d have saved money by going to the theater. No more. Now we have the luxury of Netflix, with which we can stream countless old and poorly made movies that are also available on our cable’s On-Demand service and we can have delivered to our mailbox a Netflix DVD of our choice, so long as it’s available.

This arrangement has been a pleasurable one. We would enjoy the convenience of watching TV and bad movies we’d missed, plus enjoy receiving movies by mail, while Netflix enjoyed our monthly payments. Occasionally, on our drives home, we could look scornfully at the old brick and mortar store that used to charge us late fees. “Soon…” we’d smirk, imagining their windows being boarded up even while our final unpaid late charges remain somewhere on a corporate hard drive.

Now, however, Netflix is threatening the joy of this affair by seeking to up the price we pay for adding to our streaming subscription the convenience of snail-mail disks. The price to pay for unlimited opportunity to stare at a screen is now poised to start at least $16 dollars a month. That’s a jump of $6—$6 essential dollars if you don’t want to be among the riff-raff without the ability to receive a new release by mail from time to time.

Already, reports suggest fans are rebelling. Thousands have taken to their Facebook accounts to register protest and tell Big-Streaming that they are not to be taken advantage of. Yes, Netflix may have liberated us from the years of paying obnoxious rental and late fees at the video chains, but this gives them no right to adjust their prices upwards! After all, we can buy the latest zany version of Angry Birds on our smart phone for a mere $.99 and have hours of distraction with its intricate gameplay and subtle plot development.

The Full Faith and Credit of the United States may be in jeopardy; Social Security, Medicaid and Medicare are going bust; new nations are being born and there’re some wars out there somewhere, but this rise in the price of entertainment shall not go unnoticed. We have been wooed and groomed to get that disk in the mail cheaply and even if we don’t watch it for weeks on end, we value the convenience of knowing it’s there. We take pride in the hip status we get when friends notice it on the counter in our stack of mail.

Netflix, before you count that extra wad of corporate cash, know what you’re doing to the children. If parents have to choose between paying your higher prices or simply getting unlimited streaming, some children may actually have to play outside… or read… or watch their third choice of programming instead of the latest release they’ve already seen with their friends. Is that the kind of thing you want to be responsible for? Have you no decency?

Right now, Netflix Fat Cats are laughing at the rebellion, falsely taking comfort in the assumption that they’ve been a part in grooming a population too lazy to go to the store and too apathetic to look up from a screen. But they misjudge us. We have just enough ambition to check out Redbox (and tell ourselves that we won’t keep that movie more than a day so we’ll avoid the late fees). And we’ll check out Apple too, not because we can afford it (nothing at Apple is cheap) but because it’s cool. And Amazon—their streaming service may be every bit as good as Netflix when it doesn’t crash and they may even have a Kevin Sorbo movie unavailable at Netflix.

Yes, we love our entertainment. And that means we’ll do anything to get it… short of paying an extra $6 bucks a month. As God as my witness, I’ll never pay more than $10 dollars again!