Can David Chang Become the Next Anthony Bourdain?

That's not his goal, but he's making the best culinary television today. 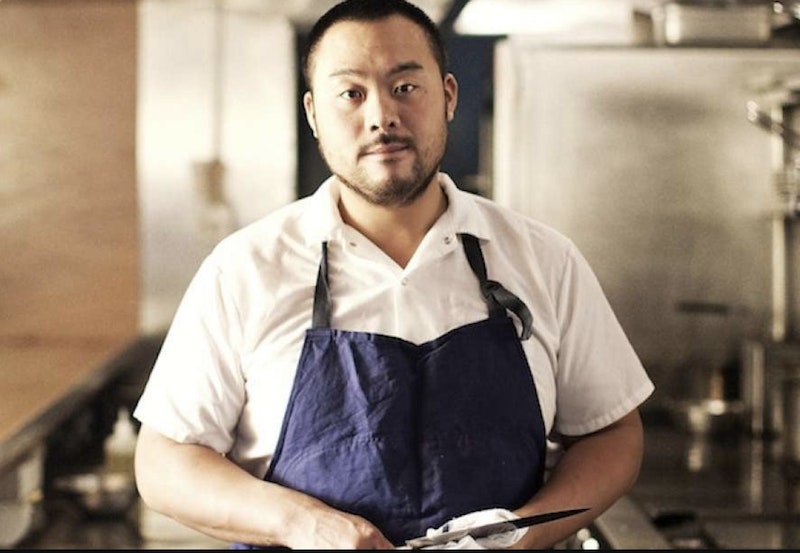 On a recent episode of the Armchair Expert podcast, I listened to celebrity chef David Chang speak in detail about his bipolar condition. I was taken aback because I've followed his culinary career since he opened Momofuku Noodle Bar in Manhattan in 2004 but never heard a hint of that. I thought if Chang's friend Anthony Bourdain opened up about his depression, his suicide could've been prevented. Bourdain's shoes are hard to fill, but Chang's now the closest thing we have to him. He currently has the best food and travel show on TV with Netflix's Ugly Delicious.

Bourdain's down-with-the-people approach and hunger for new experiences redefined travel, but Chang's making some noise. It began in 2013 via his featured role in the first season of Mind of a Chef, a PBS program Bourdain produced and narrated. The program devoted each of its seasons to exploring one chef's kitchen, world, influences, and culinary philosophy. Chang traveled to Japan to visit a yakitori chef who'd been grilling chicken for 30 years. After chatting with El Bulli's Ferran Adria, the legendary culinary innovator, Chang cooked a microwave sponge cake for him. In Montreal, Chang and comedian Aziz Ansari feasted on Wilensky’s fried bologna sandwiches.

Chang is a no-bullshit guy. While he'll charge you $255 for lunch at Momofuku Ko, the two-Michelin-starred jewel of his restaurant empire, he's not mired in haute-cuisine snobbery. Chang does something unique; enthuse about cooking in a microwave oven, a kitchen device held in almost universal contempt by fine-dining professionals. Chang's comfort with heterodoxy allows him to provide fresh perspectives on calcified opinions.

Chang is the anti-Guy Fieri, the flame-shirt-wearing, facial-hair dying celebrity chef who owns mediocre restaurants but is obsessed with an obnoxious style of self-promotion. Although Chang's a high-profile media personality, he doesn't see himself as a TV performer. His television work's an extension of the food he's cooking in his kitchens spanning the globe. His Momofuku restaurant group grosses about $100 million annually.

Ugly Delicious, which premiered in 2018, is the perfect vehicle for Chang's restless energy. Each episode is devoted to one type of food—e.g. tacos, fried rice, piChanga, BBQ, fried chicken—using a wide-scope travelogue format. The BBQ episode, for example, was shot in Copenhagen, Beijing, Tokyo, Los Angeles, and Texas. From these scattered locations, the audience learns about how various foods are prepared and what place they occupy in the respective cultures. There's a punk rock vibe to the show which makes it the antithesis of "food porn" programming. There's no camera lingering lasciviously on sumptuous-looking dishes. Chang's not trying to tease you.

Chang has said that he's using the food angle as a “Trojan horse” to get to a place where he can examine other topics that interest him. In the fried chicken episode he asks the white proprietor of Hattie B’s, which is at the center of the Nashville "hot chicken" phenomenon, if he's concerned about appropriating African-American food culture. In the fried rice show, Chang opines on how the prejudices of white Americans have hurt the public perception of Chinese food.

Although Chang’s paying homage to Bourdain with Ugly Delicious, there are some lengths he won’t go to. When he was served deer tendon at a revered restaurant in Beijing, he spat it out in disgust. One of the signature Bourdain stories is about him accepting an offer of unwashed warthog anus at a meal in Namibia because of his determination to never be rude to his hosts. “Chewing some antibiotics,” said Bourdain, “is a small price to pay.”

Few value being a respectful guest at the extreme level of Bourdain, so Chang can hardly be dragged for a momentary lapse in manners over some food that nearly anyone who hadn't been exposed to it repeatedly would find disgusting. Chang's working hard to carry on the vision of someone we'd come to rely on as an empathetic interpreter of the world's cultures. He's doing a pretty good job.