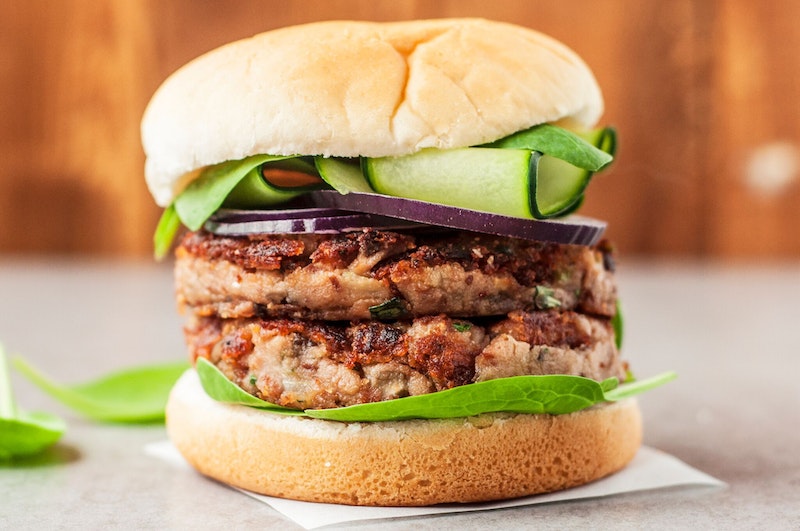 Many, many vegans are not white. Just here in the United States, a survey by Pew Research found that eight percent of black American adults said they were vegan. That would come to about 3.35 million people, which is a lot of vegans. The survey found that only three percent of white American adults copped to veganism. Still, that percentage amounts to about 7.5 million people, which is a lot more vegans. No wonder so many people get confused and look on veganism as a white thing.

But here’s a different theory. A young black woman with an Instagram account says media coverage feeds us the notion of the “vegan girl,” a girl she describes as someone who is “white, tanned, super skinny, and does yoga—the L.A. Girl.” No evidence is given for this read. Meanwhile, another young woman of color appears to blame social media, as opposed to the media proper. She recalls “countless hours scrolling through social media,” an experience that left her with the sad realization that “viral vegan personalities are typically white—and give off an upper-class vibe.” Apparently social media users, when considering whose food choices to follow, are more likely to click on white vegans than on nonwhite vegans. Why? Well, as noted, there are more white vegans to begin with, and I suppose the population of social media users is mainly white, given the country’s population as a whole. If that’s the problem, then perhaps the scrolling vegans should make more of an effort. They can Google “black vegan” and see what happens.

The woman with the dispiriting social media experience is the author of two articles about nonwhites and veganism. Her thoughts on finding upper-class whites comes from a profile she did for Vice of a black woman whose vegan recipes have attracted a following on TikTok. The Instagram girl and her thoughts on media stereotyping can be found in a longer piece about nonwhite veganism, also published by Vice. Did the reporter say to the girl that, media slanting aside, anyone scrolling their phone for vegans is going to find a long series of white people? Probably not. Even if she had, I bet the two of them reflected all the more furiously on the problem’s badness and set aside thoughts as to its source.

The longer of the reporter’s two pieces comes out swinging with the headline “Dear White Vegans, Stop Appropriating Food.” This is keyed to one tiny bit of the article proper. Another young black woman’s talking about her distaste for the clutter of white vegan personalities she finds on the Internet. “One, they don’t look like you, and, two, they are appropriating your food,” she says. Not quite a demand for whites to stop it, but a complaint’s been lodged. On the other hand, that’s the last we hear of the matter. The issue vanishes and is succeeded by a jumble of quotes from various nonwhite vegans. The quotes add up to this: There are a lot more nonwhite vegans than you thought, and the fact that you’re surprised should cause you to mutter and shake a fist at the racial establishment.

But that’s a sad substitute for what the article wanted. Far better to shake a fist at a more specific enemy, at people with faces—those white vegans next to their marble-topped counters. The Vice article does that heartily at the start (“white vegan influencers have appropriated traditional foods forever,” the deck tells us), then finds there aren’t enough facts to keep going. Apparently there isn’t a long roster of nonwhite recipes flogged by white vegan boosters, or not so many people are upset, or something. The reporter must settle for the long-standing journalistic practice of clumping together verbal lint and offering it up as a substitute for news. In this case, given the worthiness of the premise, readers can be counted on not to look too closely.

For the record, the media isn’t wholeheartedly behind the skinny white girl stereotype. The Pew findings come from the piece with the Instagram girl, but I also found them in an article that ran seven months earlier and was headlined “The Fastest-Growing Vegan Demographic Is African Americans.” It totaled more than 2000 words and occupied a good part of the business section of The Washington Post. It’s a good read.