On a serious contender for the worst national commercial, ever. 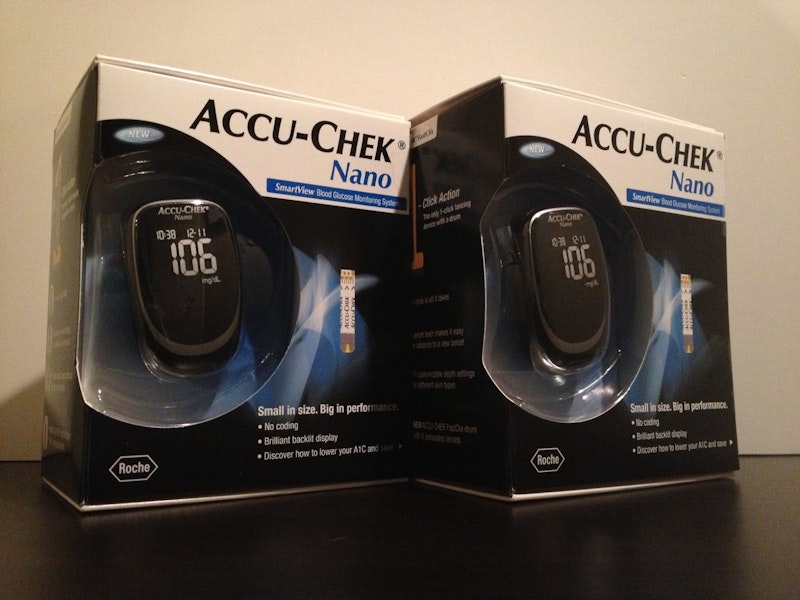 Obsolescence is built into most advertising. We aren't necessarily supposed to remember commercials a year, a month, or even a week after absorbing them. Brand indoctrination usually isn't shock pre-retail therapy; it's intended as a sort of subtle science. In modern practice, that subtle science frowns upon the jingle, which—unless you're a small business owner going in for the traditionally shitty, low-budget local spot—is generally viewed as a pathetic anachronism. Sometime last year, Accu-Chek chucked its mottled Kangol into the jingle ring for no good reason.

First, watch it with the sound off. The visual imagery itself isn't objectionable, and does a viable if non-instructive job of making a case for the product that someone in the market for an Accu-Chek Nano might watch it and be moved to investigate further, perhaps online. Setting the unit against a bright blue backdrop ringed in darkness and arming it with even lighter blue swooshes and intense sparkles has the effect of making it seem modern and dynamic enough. There's a risk, of course, in omitting an actual user who viewers can use watching the product, who can serve as a viewer stand-in if you like, but Accu-Chek has a YouTube channel, so provided that the potential customer has an Internet connection, they'd got that complaint on lock.

So let's buy into the idea that, with "mute" selected, this commercial is basically okay, obsolescence-ready: functional. It makes a case for itself. Now, watch it with the sound on. The difference is pretty stark, isn't it? If watching the ad with the sound off was getting the soft-sell from a scantily-clad booth girl at a technology expo, watching with the sound on is having that same girl straddling you in the aisle and moaning the product's name in your ear while slipping a dozen promotional ball-points into your pocket.

Blood sugar level checks are not fun, carefree, or frivolous; they do not lend themselves to multi-tracked harmonies, back-up singers, gusto-infused intimations of longing, or honeyed applications of echo. The Accu-Tech Nano is not anyone's perfect boyfriend. Watching this conventional-wisdom incongruent commercial doesn't make diabetes culture feel any hipper or cooler or socially acceptable; it just makes the Accu-Tech corporation seem confused, maybe a little desperate.