You Need More Than Charm

Why Gov. Martin O’Malley could very well be the last Baltimore governor for years to come. 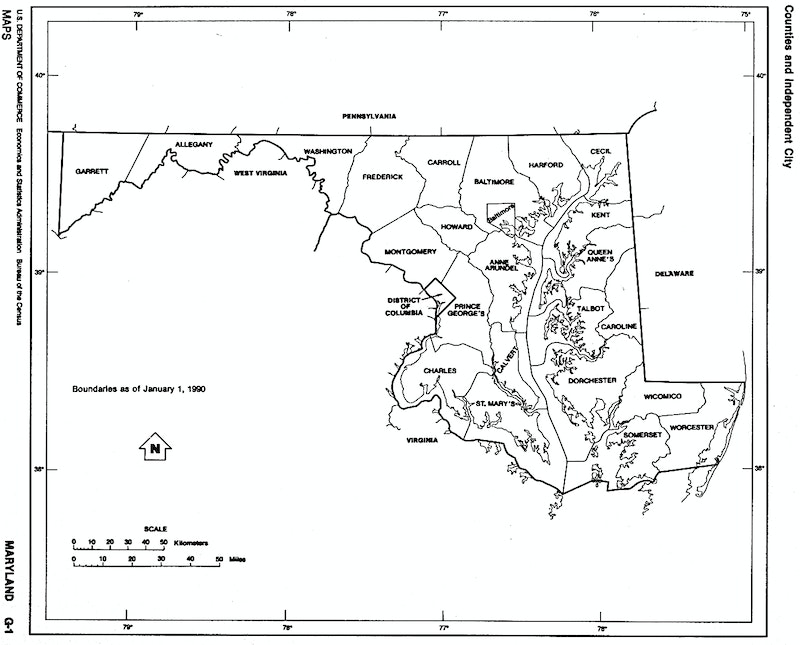 Census numbers are a form of autobiography: They tell us who we are, where we live and what we do. They also tell us how much money we’ll get and how much political power we’ll have, who’ll have it and who won’t. But most of all, they’re a travelogue about where we came from, and, going strictly by the new numbers, Maryland is a polyglot state if not a pocket-sized United Nations.

On the east side of Baltimore, at least a dozen lyrical languages waft through the neighborhoods and Roman Catholic masses are celebrated in different tongues. The old Italian, Greek and Polish neighborhoods along Eastern Ave. are being repopulated with a colorful variety of Hispanics. Asians are drawn to Howard County by the Q-factor—the quality of schools and life in general. Upwardly mobile blacks are transforming the once rural Southern Maryland counties of Charles and St. Mary’s into high-priced suburban sprawl. And over-achieving Montgomery County, originally zoned to keep minorities out, is now more dark than white. Maryland is now 55 percent white, 29 percent black, eight percent Hispanic, six percent Asian and three percent mixed race. Multiculturalism is the new Maryland.

The new Diaspora is the result of many factors, but mainly poverty and political repression. A friend used to say that every time a foreign government collapses, 10 new restaurants open in Bethesda. At the Vietnam War’s end, the Nixon Administration dropped 50,000 refugees into Silver Spring, no passports required. And every new wave of immigrants does America’s dirty work for at least a generation while their children are educated to join the professions or simply to send money back home to help support an impoverished family.

It is estimated that Mexicans working in America, for example, send $20 billion a year back to Mexico, according to The Financial Times. The newly arrived, legal and illegal, tend to follow the bread crumb trail to hospitable communities, especially those where they cluster with friends and relatives to ease the transition and hardship into a new life in a strange country, the same as the ethnic migrations of a century ago. They plant their flag, stake their claim, and in a generation they are productive citizens whose ethnic struggle is erased and forgotten.

The numerical mosaic that is Maryland will feel the dramatic shift in demographics most visibly in its politics as the center of gravity floats away from the Baltimore region to the center of the state and Frederick County, which had the largest percentage of growth of any area of the state. Frederick has become an extension of Montgomery County, bedroom county to a bedroom county. Baltimore City, by contrast, is the only jurisdiction in Maryland that lost population during the past 10 years. The city’s population, in continuing but slowing decline, lost more than 30,000 people over the decade and is now down to 620,961. That in itself will likely cost the city a state senator. Baltimore used to be the nation’s sixth largest city; today it’s somewhere around 25th and slipping.

Much of Baltimore’s population decline is attributed to high property taxes and the quality of its schools. But there’s a backside to the story. Through various tax relief programs, one-third of city residents pay all of their taxes, one-third pays some and the final third pays none. The tax burden is elastic and there’s a size that fits everyone which, in a perverse kind of way, makes it affordable. Many neighborhoods along the Harbor and elsewhere are being rebuilt and gentrified by young professionals and are among the highest taxed and most attractive neighborhoods in Baltimore. Taxes do not seem to deter the urban hipsters.

A half century ago, Baltimore had three congressmen. Today it has none with a local imprint but shares the three seats with surrounding counties. When people move they tend to move in a straight line. The flight from the city is a case study. Baltimore County, the nation’s 22d largest county in land area, has had over the years the largest growth in black population of any non-black county in the nation, the bulk of it from the west side of Baltimore City. That designation may now belong to Charles County, in Southern Maryland, tobacco farmland until the developers’ bulldozers arrived. And to the east, Harford County has been a destination point for younger generations from East Baltimore, Essex and Dundalk, who simply jumped over county lines to claim a homestead.

As Gov. Martin O’Malley and the predominantly Democratic General Assembly prepare to take up Congressional redistricting and legislative reapportionment, the new ethnic coloration of Maryland is certain to be in the forefront of their mapmaking, that decennial exercise in legalized bodysnatching. The new numbers showing a dramatic increase in Maryland’s Hispanic population could give fresh impetus to legislation establishing in-state tuition for children of illegal immigrants. People in public office are pretty much like the people who elect them. But there are xenophobes, such as Del. Patrick McDonough (R-Baltimore County), who reject the reality that the newly-arrived immigrants are here to stay and who would, for political considerations, impose Arizona-style strictures on their presence and ultimate ejection.

In the long view, the shifts in population and the growth of minority blocs could have a profound influence on statewide elections. For nearly a century, Baltimore had always been considered the command center of Maryland politics because of its sizeable ethnic population and its legendary machine politics. They, too, have, for the most part, disappeared. Now the population center of Maryland lies in the suburbs around the District of Columbia and out toward the center of the state. And all of those considered major contenders for governor in 2014 are from the Washington suburbs—Lt. Gov. Anthony Brown, of Prince George’s County, and Attorney General Douglas Gansler and Comptroller Peter Franchot, both of Montgomery County. O’Malley could very well be the last Baltimore governor for years to come.

And in a coda to the census release, the City Council reapportionment map submitted by Mayor Stephanie Rawlings-Blake will probably have to be re-worked to reflect the population loss and accommodate numerical balance among the city’s 14 Councilmanic districts.

The new census numbers convey a financial impact as well. Many federal and state aid programs are based on the results of the 10-year head count. An increase in population can mean more money, and a decrease can mean proportionately less. At the state level, for example, the Thornton aid to education program takes into consideration population density as well as poverty levels. Thus, the impecunious city stands to lose money unless other ways are devised to offset the losses. The census is a guidebook to our psyche as well as our demographics.