How the Orioles Can Compete in MLB's AL East Division

Lessons from the Tampa Bay Rays. 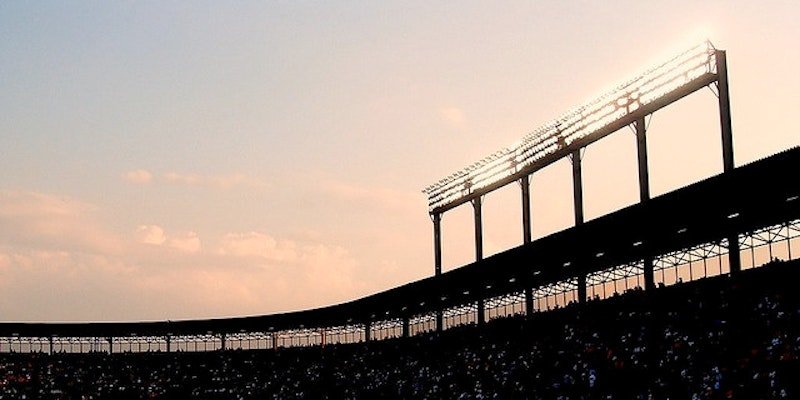 The last few seasons have brought a new era of competitiveness to what had been a binary division, the American League East. The choice used to be Yankees or Red Sox, but over the past three seasons the Tampa Bay Rays have not only won a few games, they’ve won the division. Twice.

And yet, while the Rays have been winning, Baltimore’s Orioles have continued floundering. Over the last three years, the Orioles have won 198 games (79 less than Tampa), finished a combined 97.5 games behind first place, and done it at a cost of $30 million more than the Rays spent. That, also, should shock you.

So recent results have not been pretty, but there is good news for Oriole fans. The Rays’ ability to not only compete but to win in a stacked division is proof the impossible can be done. If the Rays with their pitiful payroll and minuscule fan base can win, so can the other tomato cans of the division.

The question is how to exactly do it. Fortunately, the Rays have provided lessons to all who are paying attention. It boils down to two basics. The first is smart drafting. Tampa has starting pitchers seemingly by the dozens lined up in the minor leagues, just waiting to put on a major league uniform and lead the league in strikeouts. Accomplishing that takes skill and luck, but it also takes devotion. Good teams recognize the importance of scouting and player development and they spend hours and millions of dollars on both. Bad teams ignore the draft, relatively speaking, and waste millions on Miguel Tejada or Kevin Millwood.

The second lesson is to eliminate or minimize sinkholes. Last season the Rays gave 870 plate appearances to players who either provided zero or negative value (as defined by Fan Graph’s Wins Above Replacement). The Orioles had 2000 such at-bats. Sure, you say, the Rays have better players. Well, yes, but we’re not talking about acquiring only superstars. Eliminating negative value from your team and replacing it with positive value players, even if they are just slightly positive is relatively easy and not expensive. Many such players come from a team’s minor league system, but some are plucked free of charge from the pool of free agents.

For example, last season the Orioles sent Miguel Tejada and Cesar Izturis up to bat 940 times. In return, the two gave the Orioles negative value. Basically this means they were terrible but the team kept sending them back up there. If the Orioles had had someone else to give playing time to, they could have reversed the negative slide. Having that someone is the trick and requires the team to form contingency plans prior to a disaster occurring. David Eckstein is an apt example. Eckstein has his problems as a player, but he plays the same positions as Tejada and Izturis and last season he provided two WAR of positive value (for an idea of scale, a great player will provide six or more). Again, not amazing, but Eckstein is far better than nothing, which is basically what Tejada and Izturis were, and he did it for $1 million. Tejada and Izturis made $8.2 million combined last season.

But even if the Orioles don’t or can’t emulate Tampa exactly, they have an advantage the Rays don’t. Baltimore has the ability to acquire premium talent on the free agent market. I’m not talking about Vlad Guerrero. O’s owner Peter Angelos could legitimately afford to spend $300 million over 10 years for Albert Pujols. The Rays could never approach such a figure. Indeed Tampa traded Matt Garza, one of their star starting pitchers, to the Chicago Cubs because he was going to make over $4 million this season. The Orioles would never have to dump a young player because he made $4 million.

The Rays have to continually develop new high quality players because as their players age and get more expensive they will leave Tampa for a team that can pay them a market rate. The Orioles not only can afford to sign their own players into their free agent years, but they can supplement whatever they can’t grow by purchasing it on the market.

But the Orioles don’t have to spend $200 million per season like the Yankees. All they have to do is follow the path of the Rays. There is an opening, however slight, for a smart, well-run organization with a moderate payroll in the AL East to achieve success. If they follow the correct model, it could easily be Baltimore. Draft smartly, minimize players who provide negative value, and bring in a few high value free agents to supplement their home grown talent, and the Orioles can be more than competitive in a division everyone assumes belongs to Boston and New York.  Oh, and Tampa.