The Madness of Dappa Dan Midas

But not actual madness... probably... 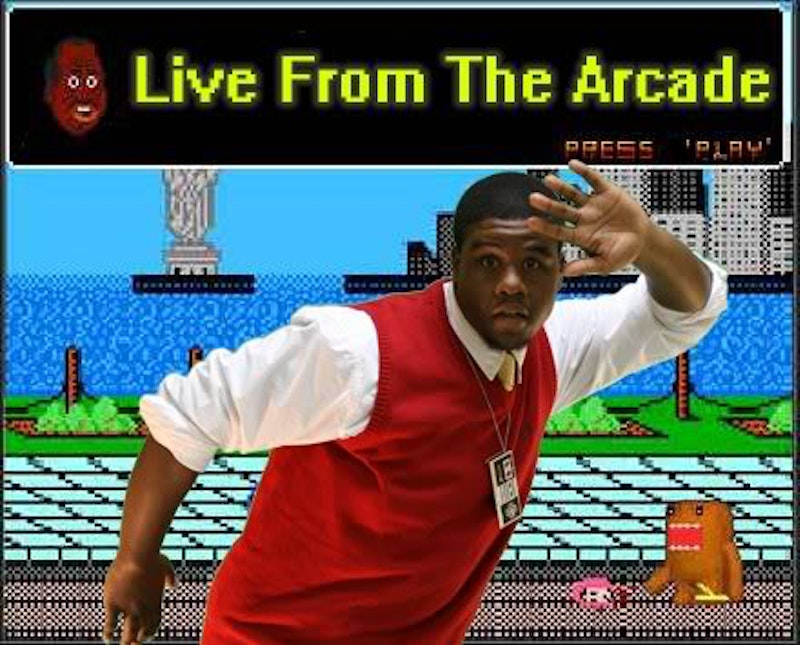 The work of usually exuberant Baltimore rapper Dappa Dan Midas has lately taken an ugly, existential turn. Though the former battle rapper's always displayed a mean streak—perhaps best seen in his recent tussle with A-Class—Midas' M.O is usually playful humor mixed with unmatchable intensity. Joyful, pummeling tracks like “Push Start” off his Live From the Arcade EP and his role in Mania Music Group—as the equally furious but far less serious foil to Kane Mayfield, Ron G., and Milly July—show a rapper with a deep understanding of craft and the rare ability to entertain. Midas might sport a mohawk and rock an outfit that's one part Urban Outfitters and one part Plato's Closet thrift finds, but he'd absolutely murder any track handed over to him. In a city of rappers still dredging up references to The Wire for street credibility, Midas stands out for choosing skill and enthusiasm over mean-mugging.

This summer though, something's changed. Beginning with the uncharacteristically grim “U Might Think,” off Welcome To The Audience, Mania Music Group's June release, and continuing with a trilogy of on-the-cheap but artful freestyle videos, Midas' raps have turned darker and more twisted. His Pentecostal-like freestyle over Kanye West's “Power” could've easily been just another cheap freestyle over a current hit, but he turned it into a rap exorcism. Soon after, there was the “All About the Benjamins” freestyle starring Midas as the crazy guy in front of 7-11 at two in the morning, stomping around the parking lot, smashing a Slurpee over his head, calling himself the “black Ryan Seacrest” and just plain going off: “Actin' like a bitch, I'm a treat you like a cunt / Get freshed up and then show you how to stunt.” Damn.

Just a few days later, “Money Power Respect," the final piece of the “should we be collectively worried about Midas' health?” trilogy dropped. “Money, Power, Respect” shows Midas holed-up in his apartment, glassy-eyed, puffing on a cigarette. It's still a fun listen, but as much of the video is dedicated to Midas freaking out, screaming, curled up in his tub, as it is to rapping. It's more like some damaged downtown New York, No-Wave short than a music video. It's like Midas' punchline-filled, often hilarious raps from before were on some laugh to keep from crying type thing. Like he's been teetering on the edge of sanity for a while now, and is finally cracking up. This makes for stunning, fascinating music. Let's just hope the guy comes out of this okay.