And On and On

Are Robert L. Ehrlich Jr. (R) and Martin O’Malley (D) going to pass the governorship back and forth for the next decade? 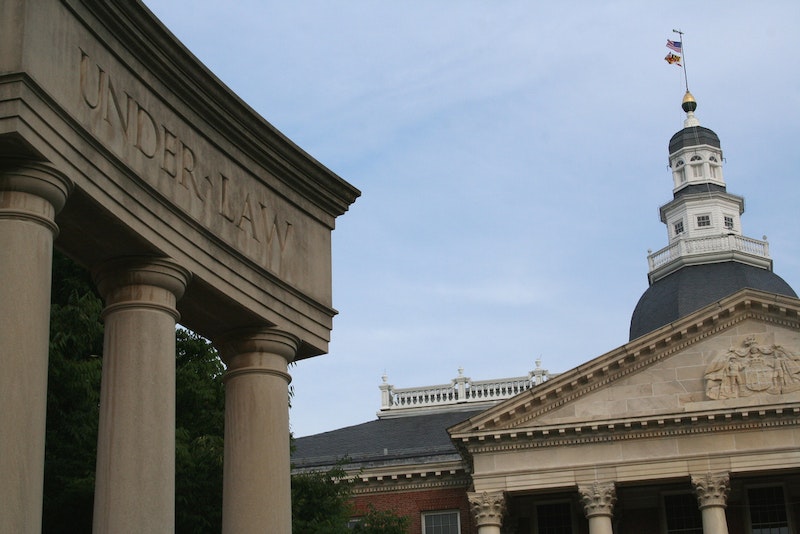 Let’s suspend political sensibilities for a moment and imagine that Robert L. Ehrlich Jr. (R) defeats the incumbent, Martin O’Malley (D), for governor. And think how interesting it will be when in 2014 O’Malley reclaims the governorship from Ehrlich, just as Ehrlich had done from O’Malley and as O’Malley had stolen the office from Ehrlich. And consider that the leapfrogging could go on indefinitely under Maryland law, the two alternating as governors for years to come. Believe it or not, it’s a legal as well as a mathematical possibility.

Here’s what the Maryland Constitution has to say about the immutable law of succession: “….and a person who has served two consecutive popular elective terms of office as governor shall be ineligible to succeed himself as governor for the term immediately following the second of said two consecutive popular elective terms.” (Article II, Section 1.)

There you have it. A two-term governor cannot succeed himself but a one-term governor can run and serve ‘til the cows come home, no matter how many single terms in office as long as they aren’t consecutive. It hasn’t happened since the popular elections of governors began under the Constitution of 1867, but that doesn’t discount its likelihood when two young competitors are at loose ends and out for revenge.

The closest event we’ve had to an expanding governorship was when Marvin Mandel (D) succeeded Spiro T. Agnew (R) as governor in January, 1969, when Agnew headed to Washington to become vice president. Mandel, chosen by the General Assembly and then twice elected on his own, served the two remaining years of Agnew’s term plus two terms of his own for a total of 10 years.

The main reason the chess game of governors has not occurred before is that Maryland governors rarely lose elections and are usually elected to two full four-year terms. Ehrlich in 2006 was the first governor to lose office after a single term since William Preston Lane Jr. (D) lost to Theodore R. McKeldin Jr. (R) in 1950. And before Lane, the last previous governor to be ejected after one term was Harry Nice, a Republican, who left office in 1939. The longevity record belongs to Albert C. Ritchie (D), who served 15 consecutive years, from 1920 to 1935, before terms were capped at two in 1948.

In the early days of the colony, there were a number of incestuous trade-offs of the governorship, especially within the Calvert family and the Blackistone [sic] family, the lineal ancestors of Jeanne Blackistone Dorsey Mandel. And at one time, the infant Cecilus Calvert was temporarily named governor while the senior member of the family was traveling outside of Maryland to protect the family’s claim of hegemony. A council of elders was named to make decisions for the baby Calvert. And when the state legislature elected governors under the Constitution of 1776 which was in effect until 1839, there probably was the usual hanky-panky and several repeat performers among governors.

Time travel to 2010: Ehrlich may not be the first rejected governor to attempt an immediate come-back in Maryland four years after losing the job, but he is at least the first one in the last 60 years. In 2006, he was the only sitting governor in America to be defeated. And the electricity of the airborne message is that this will be a mighty close election, by a hairpin turn whichever way it goes.

The most recent Rasmussen poll, for example, had O’Malley ahead of Ehrlich by three points, well within the poll’s four-point margin of error, thus a dead heat and where it’s been stuck in the Republican-leaning poll much of the summer. And the cautionary news for O’Malley in the Rasmussen poll is that Ehrlich is leading among independents. There are now a tad more than a half million unaffiliated, or independent, voters registered in Maryland, generally regarded as swing voters. Independents, of course, are the persuadable targets for both candidates.

In the foul and unforgiving national mood that America is experiencing through joblessness and recession, reading the attitude of the electorate and attempting to second-guess outcomes is risky business. So it’s safe to say that the general election results depend mainly on voter turnout. And if the primary election turnout is any indication of how voters feel about elective politics this season, November 2 could be an object lesson in shock therapy. A low voter turnout could help Republicans compensate for being short by a half on registered voters.

The atmospherics of this election are exactly the opposite of what they were in 2006. Back then, it was the Democrats who were hungry to recapture the State House. The Democratic party, under its chairman, Terry Lierman, undertook a massive voter registration drive and followed it with a determine get-out-the-vote push. It worked. This year it’s the Republicans who are fired up and eager to take back the governorship. With Congressional redistricting and legislative reapportionment the prizes for the party that wins, Democrats, so far, have shown very little interest or evidence of  sparking their voters as much as Republicans have.

O’Malley must rely on a heavy turnout of black voters. With State’s Attorney Patricia Jessamy defeated and off the ballot in Baltimore, and few, if any, competitive legislative contests, polling places in the city could very well appear forlorn and abandoned and early voting a pesky afterthought. It’s questionable whether Gregg Bernstein, who defeated Jessamy, will have the vote-pulling power of a black candidate on the ballot in the majority black city. At the same time, O’Malley must keep Ehrlich’s vote down in Baltimore County while lifting his own numbers in Prince George’s and Montgomery, where he was born.

The reverse is the fast track for Ehrlich. His way to go is to keep the black vote down in Baltimore City and Prince George’s County while trying to torque up his vote in Montgomery and holding his own in his native Baltimore County. Many of the Palookavilles across Maryland vote Republican anyway, a bonus Ehrlich can count on.

Both national parties and governors’ associations have begun tossing lifelines to their candidates for governor in Maryland. The big difference in the election is that the Republican party is on a rampage. Its voters are juiced up, and the national party, lacking an original policy of its own, appears to be hitchhiking on the Tea Party anti-government sentiment while it lasts. Its latest manifesto, “A Pledge to America,” is pure Republican orthodoxy with a side order of Tea Party—cut taxes and increase defense spending. Coincidentally, House Republicans in Annapolis issued their own mimicking bundle of baloney, “Prosperity Pledge for Maryland,” which is built on the same whimsical premise of tax cuts. But if the GOP message resonates, and they are able to nationalize the election as they did in 1994, the wave of empathy could spill over into Maryland and benefit Ehrlich. In that case, look for a possible O’Malley-Ehrlich hamster-wheel rematch in 2014.