Victims of Change and Hard Feelings

The era of the dinosaur is finally over. 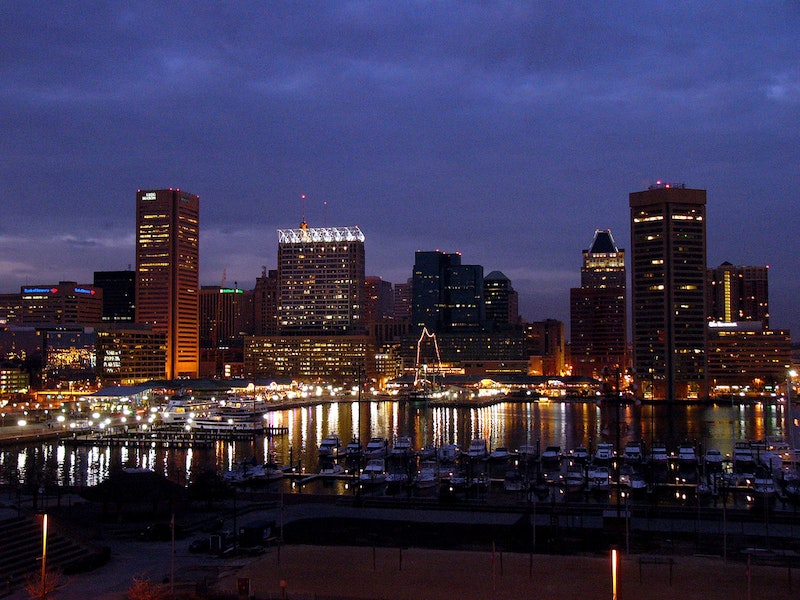 Politicians and athletes have a tough time letting go of yesterday. South Baltimore used to be a place where if you walked into a tavern and yelled “Bunky,” 50 heads would spin around to acknowledge the greeting. But as State Sen. George Della Jr. (D) found out on Election Day, Bunky doesn’t live there anymore. An entire district disappeared from under him and was replaced by aliens, especially an outlier named Bill Ferguson. Sheesh! Even the redoubtable Stonewall Democratic Club headquarters building on South Charles St. is now a veterinarian’s office.

To be sure, there are still pockets of Bunkys surviving in such outposts as Locust Point and Morrell Park, but for the most part, Legislative District 46 now comprises the sleek condos and townhouses along the water’s edge from Key Highway, Federal Hill, the Otterbein, across to Harbor East, Fells Point and Canton, the entire pricey ring around the Harbor. And you can bet that the folks who inhabit them aren’t called Bunky. The term of affection has slowly disappeared with the rest of Baltimorese and its twang-y catarrh. It was these constituents who chose to replace Della, a Baltimore lawmaker for 34 years, with the 27-year-old teacher and political parvenu, Ferguson.

And it’s probably a safe wager to extrapolate that there was a close symmetry between the vote that carried Furgeson into the Maryland Senate and the votes of another avenging candidacy, Gregg Bernstein—mainly Democrats with granola bars, fanny packs and bottles of San Pellegrino. Bernstein even picked up a hefty percentage of votes in black precincts, where voters apparently turned on one of their own, 15-year veteran state’s attorney Patricia Jessamy. Bernstein was also the beneficiary of a low voter turnout, the unspoken predicate of his campaign. And as much as any other factor, Bernstein’s surprise late entry and well-financed campaign caught Jessamy completely off guard.

There are essentially a half dozen haute Zip Codes that support the entire city—Federal Hill, Canton, Roland Park, Guilford/Homeland, Mount Washington and Charles Village—that resonated with Bernstein’s basic campaign message that Jessamy is more of a social worker than a prosecutor. By contrast, Bernstein is a former federal prosecutor and a hard-edged defense attorney.

Della was the victim of change as well as hard feelings. For some personal reason or other, Della encountered the enmity of developer Pat Turner, some say because for every project Turner proposed in South Baltimore Della demanded that an equal measure be returned to the community. Others speculate that it was more intensely personal. The SEIU Local 1199E is also claiming bragging rights to Della’s scalp, as it is for the defeat of three other senators, for standing in the way of the proposed dime-a-drink dedicated tax for health care. Both Turner and the SEIU invested heavily in Ferguson.

The SEIU is probably overstating its case, as most union blowhards do to impress their membership as well as to fire a warning shot to other legislators. But give Della and the others credit for refusing to sign on to the dedicated tax, an irresponsible and unstable method of financing government programs which is nothing more than a public subsidy for the SEIU and other beneficiaries of the proposed alcohol tax. Ferguson probably doesn’t understand the difference between a dedicated tax and the weights and measures in the Magna Carta.

What is even more remarkable about Della’s loss is the breadth of his defeat—by 20 points, or 1500 votes—unheard of in the rambunctious days of the Stonewall Democratic Club of yesteryear and the legendary Harry “Soft Shoes” McGuirk, whose portrait hung side-by-side with that of Stonewall Jackson in the old clubhouse on Charles St. Della’s three ticket-mates for the House of Delegates—Peter Hammen, Luke Clippenger and Brian McHale, in that order—were winning solid victories while Della was losing. There was hanky-panky with the sample ballots, what used to be called “bastard” ballots, somewhere along the line.
Della was, perhaps, an anachronism in the new order of the Ritz Carlton and Whole Foods neighborhood, the last muldoon still standing tall in high Tofu. Even district City Council members Ed Reisinger and William Cole, one a throwback and the other a certified yuppie, saw the handwriting on the clubhouse wall and broke ranks to endorse Ferguson.

What the city and District 46 will lose, however, is one of the last remaining legislators who understand the art of the deal as a way of getting things done. Della was first elected to the City Council in 1976 and won a resume upgrade to the Maryland Senate in 1983. Della followed McGuirk’s tutelage and bread crumb trail to the Senate and leadership of Stonewall, which at its high point had 19 affiliate clubs across the South Baltimore district. Della was running for a seventh term when the zephyrs of change and the voters decided his time was up. Della had his personal priorities and his own agenda, but he understood the old-fashioned virtues of accommodation and working things out.

His father before him had been president of the Maryland Senate and co-leader of the old Della-Wyatt organization in South Baltimore. And Della’s father, too, had been ejected from office on a wave of change and a weary dismantling of the dominant political machine of the 1960s, only to be replaced by another.

The new generation of tyros, such as Ferguson, has a difficult time grasping the ancient rituals and customs of the tight little world of the 47-member Maryland Senate. It takes time and patience and a few lessons in tough love to fit in and adjust to the rhythms of legislating. “Parliamentary procedure” is more than just a magisterial-sounding phrase. It is a tutorial to understanding and the guidebook to getting things done in Annapolis. And it will take many sessions, if not years, for Ferguson to replace Della’s knowledge and experience in delivering the pork chop for Baltimore City and his district.

The test of Ferguson’s resolve will be when Turner and the SEIU come calling to collect on their investment. Meanwhile, it’s time to summon the taxidermist. The era of the dinosaur is officially over. It passed with Della.