Public-private partnerships are nothing new to Maryland in theory, but Gov. O'Malley still needs to tread lightly. 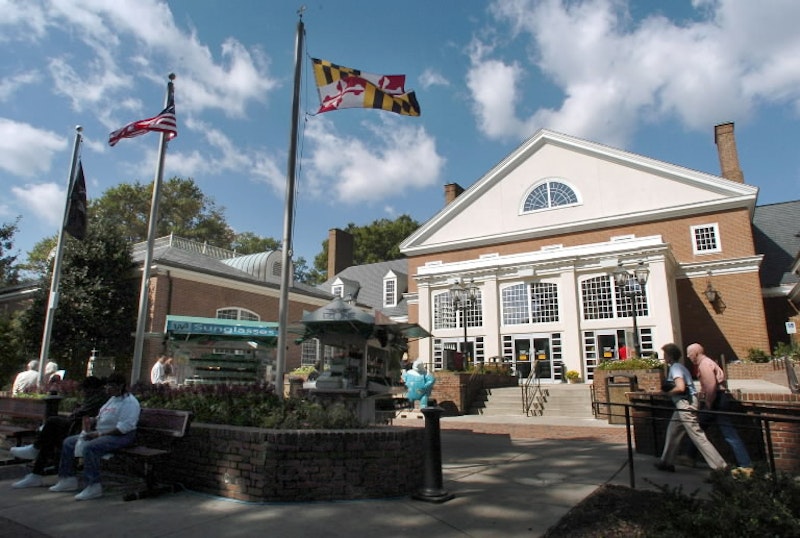 The state of Indiana sold a 157-mile toll road to a private venture for a lump sum payment of $3.8 billion. The road lost $260 million last year, the private consortium is unable to make the debt payments and the state may be stuck paying off the bonds. There are now 153 private correctional facilities in the U.S. with a capacity of 119,000 inmates. They operate slightly cheaper than state-run prisons and they do so by serving cheaper meals, laying off senior employees and cherry-picking prisoners by sending more costly inmates back to state prisons, costing the states more in the bargain. The city of Baltimore attempted to privatize some of its worst performing public schools and the experiment was a disaster. And many privately run charter schools, funded with taxpayer dollars, are performing no better than the public schools they were supposed to academically surpass.

Now the for sale sign is up in Maryland. Gov. Martin O’Malley (D) is, regardless of forensic evidence, pushing ahead with legislation to formalize public-private partnerships (known as P3s), an arrangement in which private companies make a profit at taxpayers’ expense. The bill has already passed the House of Delegates and is now in the Senate. The O’Malley administration has already engineered one such deal and is tied up in court on two others.

In 2009, Maryland’s Department of Transportation signed a public-private agreement with Ports America to develop the Seagirt Marine Terminal in Dundalk. In February, the Board of Public Works awarded a $56 million contract for redevelopment of two Maryland travel plazas along I-95, Maryland House and Chesapeake House. The state estimates the deal will produce $400 million in revenue and 400 jobs over the life of the 35-year contract. The holder of the existing contract, HMS Host of Bethesda, is contesting the award over allegations of DOT’s secretive process. And now, in the middle of O’Malley’s push for privatization is State Center, the $1.5 billion taxpayer-funded mixed-use complex in Baltimore that is being challenged by a group of businessmen that is led and financed by attorney Peter G. Angelos.

But don’t hold your breath on the proceeds and profits, for the state, at least, from the new bargain deals state government is entering. They are calculated by the same pencilnecks who estimated that Maryland would be awash in cash from casino proceeds and, so far, the gambling emporiums have been underperforming and shortchanging the state treasury. But Maryland is considering adding another gambling location in Prince George’s County, while only two are up and running below expectations, further diluting the money pot but expanding a source of campaign contributions.

P3s got their start as a conservative cause in 1984 under President Reagan. The idea was that government should be minimalist and not compete with private businesses wherever privately owned companies can do the job and make a profit. There was a demand, back then, that government auction off all of its assets, such as parklands, forests and buildings—other than national security interests—to private businesses to own and maintain as a way of solving the debt. In short, profits belong in private pockets, the latest form of crony capitalism and along with it surely another beneficial source of future campaign contributions. Taken to their ideological extreme, public-private partnership advocates i.e., Rep. Paul Ryan (R-Wis) would turn over Social Security and Medicare to Wall Street croupiers to gamble with Americans’ well-being and future security. It sounds like a scheme self-interest author Ayn Rand would dream up.

Today, 31 states have enacted legislation allowing P3s, many out of desperation for funds in a slumping economy. Ohio, for example, has sold its turnpike for $3 billion. In return, it gets a share of the tolls. And all of a sudden blue states such as Maryland are embracing an idea that is being advanced by the American Legislative Exchange Council, and organization that is funded by those hyper conservative sugar daddies, the billionaire Koch brothers.

By now, students of human motivation might have recognized a distantly familiar pattern. Private profits at public expense are really nothing new to Maryland, especially in Baltimore. P3s are just a sanitized version of the late Mayor William Donald Schaefer’s “shadow government” whereby he used public funds to subsidize construction and other projects for his business friends and supporters who made huge profits using public bond money. Schaefer pretended to abolish the public-private slush fund when the scheme was exposed. But the off-the-books operation existed long after Schaefer left City Hall because the city was still (and maybe still is) paying off the bonds. Democracy in action doesn’t come cheap.

Mayor Stephanie Rawlings-Blake is not the first to propose selling off municipal assets. Schaefer claims that honor, too. As mayor, Schaefer sold the Baltimore Transit System (bus lines) to the state; he sold Friendship Airport (now Baltimore-Washington International-Thurgood Marshall Airport) to the state; and he sold City Hospitals (now Bayview Medical Center) to the state. These were all valuable assets the city could no longer afford to support. (Note to Rawlings-Blake: Instead of selling off 15 historic sites, this is a splendid opportunity to dump the city-financed Hilton Hotel on some greedy privateer.)

The rules of politics are the rules of the marketplace. P3s are designed to get government out of the money side of business deals. In doing so, the state sacrifices a certain amount of control as well as accountability. They have no control over prices, tolls or the revenue stream. Elected officials are responsive, to some degree, to the will of the voters. Private investors, in partnership with governments, are responsive to no one except the accounting ledgers. They can’t be voted out of office for screwing the public as was evidenced by the collapse of Wall Street. After all, aren’t banks and brokerage firms who require taxpayer subsidies public-private partnerships?

O’Malley’s P3 legislation has a new twist, however. It is heavily protective of organized labor and therefore has the support of unions who, in the past, have opposed such efforts, according to a Washington Post report. O’Malley’s version would require that private partners pay a living wage and hire minority businesses, among other caveats. This, in itself, might discourage many private entrepreneurs from joining in public-private partnerships with Maryland state government. One of the unspoken uses of P3s has been as union-busting tools in conservative states where right-to-work laws prevail. Ohio and Indiana are examples. In Wisconsin, Republican Gov. Scott Walker faces a recall election because of his union bashing. In Maryland, too, businesses, especially the construction industry, have long complained that Maryland’s prevailing wage law inhibits non-union companies from bidding on projects. And they may be unwilling partners in P3s because union protections add greatly to the cost of doing business at the expense of profits.

O’Malley’s explanation for embracing P3s is the primal scream of the political season: P3s will allow Maryland to undertake projects that it otherwise couldn’t afford because of debt constraints; and, of course, they will create jobs. But selling itself to the private sector in long-term arrangements might be a shortsighted government strategy. O’Malley has never been shy about raising taxes to accomplish what he wants.

He’s raised the sales tax, the income tax, the liquor tax, tolls, fees, almost to the $3 billion level for which he attacked former Gov. Bob Ehrlich Jr. (R). He even tried to raise the gas tax and expand the sales tax. And now he’s doubling the “flush tax” and he’s asking electricity ratepayers to fund construction of a wind farm off the coast of Ocean City. Why couldn’t he find a private partner to pay for that? Because it’s too risky, and private enterprise likes to avoid the risk if it can get government to cover the loss. So why not let Maryland taxpayers pick up the tab for O’Malley’s public-private ventures and career moves. O’Malley is taking Maryland down a dangerous path.