Marketing Slogans For the (Once Again) Pitiful Baltimore Orioles

Who cares as long as MASN and Peter Angelos keep racking up the dough? 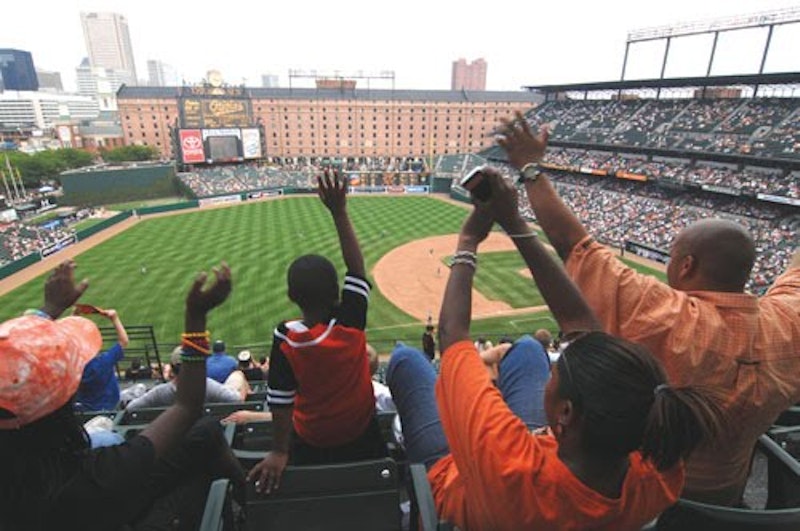 The long winter may have just begun in Baltimore but Orioles fans have been suffering from overexposure for more than a decade. The Dan Duquette era has started as the Andy MacPhail era ended, with a whimper. The team lacks reliable options at second and third base as well as designated hitter. The Orioles’ projected rotation would have trouble competing in the International League. In the ultimate cock punch for any Orioles fan the Washington Nationals have reportedly emerged as the favorite to sign free agent slugger Prince Fielder.

The Orioles obviously never had any intention of spending the type of money required to sign a player like Fielder but O’s owner Peter Angelos stands to benefit financially if Prince lands in DC. By virtue of his ownership of the Mid-Atlantic Sports Network (MASN) Angelos is the television rights holder for the O’s and Nats. Angelos’ ownership stake in MASN is set to decrease over time but he will always retain majority control as part of his settlement with MLB for giving up territorial rights to DC. Signing Fielder could make the Nats relevant in DC, and possibly contenders. The MASN ratings in DC can only go up, which means more money in Peter’s pocket. Not only would Angelos not have to offer upwards of $150 million to sign Fielder in Baltimore, but Prince’s presence in DC could make MASN more profitable. Orioles fans had hoped that the creation of a regional sports network would close the gap between the Orioles and their big market brethren in New York and Boston. Once again the joke is on the fans. MASN has made Angelos an even richer man, is about to make Prince Fielder a very rich man, and is terrific television if you can’t get enough of 1980s Big East basketball.

As we look towards the spring there are really two things that O’s fans can be sure of for the 2012 season; a terrible baseball team and a ridiculous marketing campaign for the O’s and their broadcast partner/cash cow MASN.

Here are some suggested marketing slogans for the 2012 Orioles:

—We’ll probably just lay a glove next to third base and hope for the best.
—Come to the Yard to see your favorite Red Sox, Yankees and Phillies.
—Undefeated on the gridiron since 1954.
—Yep, Boog’s still here.
—You can’t spell Orioles without lose
—If you think meaningless sixth inning strikeouts against the Royals and Mariners are “defining moments” then we have a 45-second highlight DVD you may be interested in.
—Jerry Sandusky never worked here.
—Anybody wanna play second base?
—We’re making plenty of money so don’t worry about us.

From Brooks to Cal to… ahh fuck it. We suck.