Where Greed and Corruption Live

Baltimore and Prince George's County are taking questionable routes in the race towards expansion. 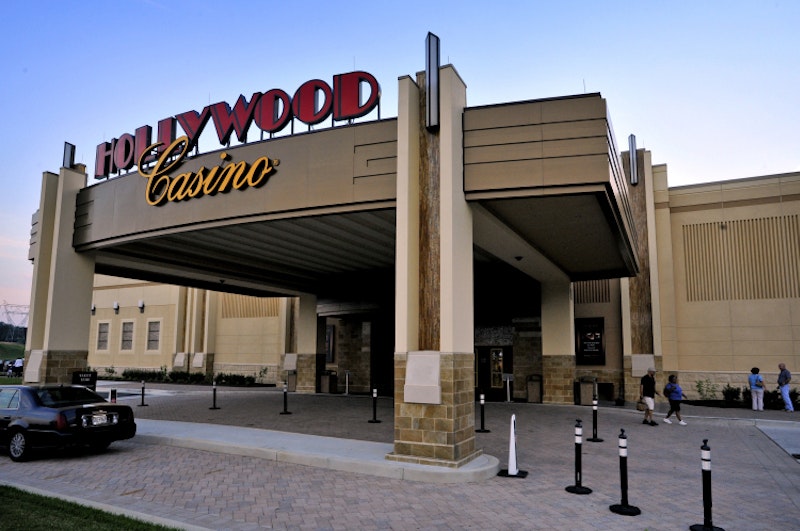 Baltimore City and Prince George’s County, Maryland’s accidental twins by birth and development, have less in common than meets the eye. It’s easy to say, at first glance, that what the two share are huge minority populations, Baltimore with 68 percent black and a growing Hispanic presence, and PeeGee with 75 percent minority and 73 percent of it black. Both have low-performing schools that lag behind their neighbors’ and both have high crime rates, with more cars stolen in PeeGee that in the rest of the state combined. PeeGee’s county executive, Jack Johnson, and his wife, Councilwoman Leslie Johnson, have both been sentenced to soft time in a federal hot house for an elaborate scheme of bribery and extortion.

Leslie Johnson gained international celebrity for stuffing $78,000 in cash into her Victoria’s Secrets, upper and lower, when the law came knocking. And Sen. Ulysses S. Currie, characterized as stupid, sloppy, disorganized and generally a dunce, was recently acquitted on various charges of accepting $255,000 in consulting fees to use his influence to benefit a chain of food stores. A member of the General Assembly, Del. Tiffany Alston (D), was recently indicted for arranging to have the legislature pay the salary of one of her law office employees. Earlier, she was charged with using campaign donations to purchase her wedding dress. But Baltimore hasn’t had an elected official in the dock since former Mayor Sheila Dixon filched gift cards that were intended for the poor. Greed and corruption have a new zip code.

Baltimore is in decline, what H. L. Mencken described as “the ruins of a once great medieval city.” PeeGee views itself as a county on the move and on the make (and on the take.) In the coming session’s reapportionment shuffle, Baltimore will lose seats in the General Assembly while PeeGee will gain representation, including a majority Hispanic district. At her inauguration, Baltimore Mayor Stephanie Rawlings-Blake set as her goal expanding Baltimore by 10,000 families in a decade. Baltimore used to be the nation’s sixth largest city with a population of nearly a million. Today it ranks somewhere down around 25th or lower, shrunk to 630,000 by flight and blight. PeeGee has long been viewed as a low-end suburban appendage to the District of Columbia that has been by-passed by pricey retailers and restaurants even though it hosts the wealthiest black enclave in America, Mitchellville.

PeeGee is struggling to get out of the Kmart and Chuck-E-Cheese’s rut. PeeGee is now actively pursuing brand name luxury in the form of Wegman’s, Whole Foods and glitzy department stores. Gov. Martin O’Malley (D) is also moving the state housing agency to PeeGee to fulfill a campaign promise. When the great push to the suburbs began following World War ll, zoning in PeeGee was haphazard, if it existed at all, and grew to be a low-income, black majority county. Its next-door neighbor, Montgomery County, had been zoned in the 1930s to make certain that it would remain affluent and overwhelmingly white by pricing out blacks. So if you’re hungry for ribs, head for Tommy Broadwater’s in PeeGee, and if it’s foie gras you crave make a U-turn to Bethesda in MoCo.

One big difference between Baltimore and PeeGee is that the city, despite being impecunious, is willing, for the most part, to pay its own way for what it can’t obtain by begging. PeeGee, by contrast, expects others to pick up their tab. County Executive Rushern L. Baker 3d was recently quoted as saying he intends to ask the General Assembly for a huge amount of funding in the coming session and that a slot machine franchise might be part of the trade-off package. He wants the money for a new $600 million medical center as well as for schools. In Baltimore, Rawlings-Blake is pushing to increase the bottle tax up to a nickel from two cents to help keep the city afloat and to repair dilapidated schools.

So here’s the rub. Baltimore, as every political hobbyist knows, has the highest property tax in the state, $2.26 per hundred, more than double that of any other jurisdiction. And PeeGee has one of the lowest, $0.96 per hundred, because it has a property tax cap and requires voter approval of any increase. Good luck with that. Put another way, PeeGee will not raise its own taxes to support improvements but it expects the rest of the state to pay its way to parity with other subdivisions that tax their residents for improvements. PeeGee approved its property tax cap following the adoption of Proposition 13 in California in 1978. Both were a subterfuge that was more beneficial to business than to homeowners. PeeGee’s elected officials have always had a cozy relationship with developers and its “pay-to-play” support system for contributions is under the watchful eye of federal prosecutors. Nonetheless, there are other property tax breaks such as the Homestead Property Tax Credit and a special tax break for PeeGee homeowners that was signed into law by Gov. O’Malley that help keep the county’s property taxes artificially low.

Enter the mix slot machines. For the past 15 or more years, at least, PeeGee has been steadfastly against slot machine gambling after years of allowing “casino nights” at firehalls and other establishments under then-County Executive Parris Glendening (D). As governor, Glendening became a born-again virgin who opposed gambling. When Gov. Robert L. Ehrlich Jr. (R) proposed slots, PeeGee lawmakers repeatedly voted against them as they did under O’Malley for a couple of reasons: They were under considerable pressure from black church leaders; and there was a tacit agreement between the county government and the developers of National Harbor to keep slots competition out of the county. The developer of National Harbor is a religious fundamentalist who opposes gambling. And the developers of National Harbor, on the Potomac River shoreline, were concerned that a slots emporium would lead to hotels and entertainment venues that would compete with their waterfront tourist and convention attractions.

And now slots machines are back in the mix, mainly because Senate President Thomas V. Mike Miller (D-Calvert-Prince Georges) wants them at Rosecroft Raceway, which was recently purchased and resuscitated by Penn National, and PeeGee wants a state-of-the-art medical facility. That, citizens, is the way the skids are greased in the State House. Meanwhile, the PeeGee County Council tabled a resolution to block slots in the county and instead adopted legislation calling for a statewide referendum on the issue. Now they’re off the hot seat and the rest of the state can take the blame for voting on a purely local matter even though the state constitution must be amended to allow an additional slots parlor. The other complicating factor is that the constitutional amendment legalizing slots allows only one franchise per owner. Penn National owns the Hollywood Casino in Cecil County. That, too, would have to be adjusted.

But The Cordish Company, which won the Arundel Mills franchise after a bitter and costly battle against the Maryland Jockey Club, is prepared to fight an expansion of slot machines at Rosecroft which is not only a short drive from the Anne Arundel County location but would also cut heavily into its potential customer base in the populous PeeGee County and Northern Virginia suburbs. (The Baltimore location along Russell St. in the stadium area has at least two major bidders and will be awarded soon.)

The coda to this jigsaw puzzle is that Baltimore City and Prince George’s County—along with Montgomery County and Baltimore County—form the backbone of the Democratic Party in Maryland which is clustered along the royal-blue I-95. The care and feeding of all four subdivisions is vital to the sustenance of the party as well as to next year’s reelection of President Obama. Watch this package slide, like greased pork, through the General Assembly and wind up on the 2012 general election ballot.